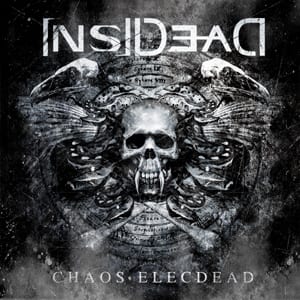 The Greek fans of Metallica and Cavalera Conspiracy can say that they have a band from their country to make that kind of music at an excellent level of quality.

The biography of the band is remarkable. Two video clips, they have opened concerts for big bands like NightRage and Dark Tranquility and in 2009 after winning the “Battle of the Bands” they played at the biggest festival of Heavy Metal music in the world, Wacken Open Air. And they have done all this before eve releasing their debut album.

In 2011 and having signed to Massacre Records, they released “Chaos Elecdead” which is really the… perfect first album. Their sound is thrashcore and the band pays their dues on the roots of the original thrash 80’s.

I do not think that anybody can say something bad about this release. The band does not imitate anyone and express their ideas through their work.

Special mention must be made for a stunning production. It is modern, clear without reducing the heavy sound that such a release should have. “No ID” “Blood 4 Blood” “Time” and “Rise my Head” are exceptional. The one thing that you can say that is missing from the album is a song that gives you that hit feeling. But this does not mean that we can’t listen to it in the next album.

Congratulations to the band from Athens. It is an excellent first album that offers great promise for the future. It has become a common saying. Another good band from Greece. At some point we have to stop being surprised.