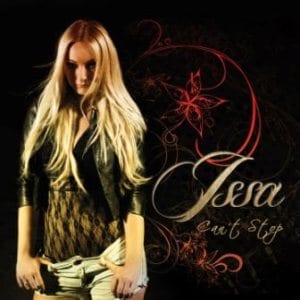 Oh my God, what a waste of time that was! I can’t believe that a qualitative label like Frontiers is investing its money –especially in the difficult times that we are all living in- on such a mediocre singer. I have written it before and I will repeat it once again here: there isn’t the slightest reason for someone to sit down and listen to a song from the Italian female performer not only because the songs are below par but especially due to the undeniable fact that this is a rather indifferent singer.
“Can’t Stop” is the third album by the Mediterranean artist (an exaggerated characterization, nevertheless…) and it’s really a collection of (more or less) obscure AOR tracks of the past that when they were originally release didn’t cause an….earthquake on the charts. That doesn’t mean that they were bad or something…at least not all of them. After all, when you get “State of Love” by Mark (now Marcie) Free, well nothing can go wrong or maybe can go…? Issa manages the unimaginable: she cannot catch the initial atmosphere or feeling of any of the original versions (from bands that include Tower City, Aviator, 21 Gyns and others).
Don’t lose any sleep over it and especially don’t waste your precious time!
Highlight: Frontier’s press release compares Issa with Ann Wilson, Robin Beck and Celine Dion…they are must be joking!