Jean Beauvoir is a very special personality in rock having worked with very big names from different genres. He started his career playing with the legendary Plasmatics at the end of the 1970’s, while he founded Crown Of Thorns in the 1990’s, a very popular band for melodic hard rock fans. At the same time he worked as a producer and composer for a variety of artists and bands from KISS to Little Steven, among others, very often with his trademark blonde mohican. Recently, he started working again with Micki Free, co-founder of Crown Of Thorns and they released the album “American Trash”, for which he talks about, as well as other a lot of interesting stuff. Interview: Sakis Nikas

Rockpages.gr: Jean, it’s great to listen to a brand new record from you after such a long time. You have an undeniable working chemistry with Micki Free…how does it feel to be working with him once again?

Jean Beauvoir: Feels great! Since our original split back in 94, we’ve had a great friendship and it was a blast to work together again… 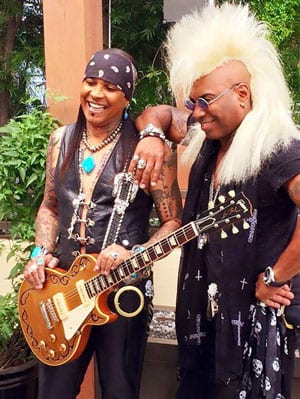 Rockpages.gr: The new album is called “American Trash”. What can you tell us about it and why did you decide to give that title to the album? Any significant meaning behind it…?

Jean Beauvoir: Well we don’t feel we’re trash, but have always both been rebels, outcasts in some ways and at times misunderstood, so we felt the name worked… The song American Trash actually refers to an imaginary strip club where we pay homage to dancing girls and their long devoted contributions to Rock and Roll in many ways!

Rockpages.gr: Personally, I’d expected a more refined and melodic album although it is a no brainer that it would have been a guitar driven record due to Micki’s presence. I love the song structure but I miss the trademark AOR elements of your compositional skills. Was the album direction something you discussed beforehand with Micki or it came out of you naturally in the studio?

Jean Beauvoir: Hmmm, it’s just what came naturally to us when we got together. We didn’t plan out exactly what we were going to do. We just got in a room and started writing.
Rockpages.gr: I follow your career since the 80s and I have always been a fan of your unique approach in melodic hard rock. You have a very distinctive sound and voice. Do you prefer writing songs with other artists or is it better for you working alone thus having absolute artistic freedom? 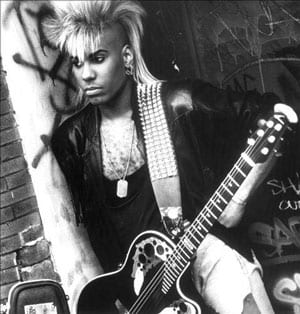 Jean Beauvoir: Thanks a lot for that! I like both, it can get lonely working completely alone which I’ve done a lot of, so I like to mix it up to get influences from others and also have some fun.

Rockpages.gr: Your name will always be linked to Sylvester Stallone and the excellent “Feel The Heat” song from the “Cobra” soundtrack. What do you remember from those days and did you have the chance to meet Stallone back then?

Jean Beauvoir: Yes, that was a really great time in my life. The 80’s were one of a kind and can’t be replaced! There was so much freedom in so many ways. I met him many times and it was a great honor to be linked to him and the film.

Rockpages.gr: Do you miss those glory days of the 80s when melodic hard rock prevailed in the radio airwaves and on MTV?

Jean Beauvoir: Absolutely, I’ve been always been one for self-expression, fantasy and fun of course. The images, people would dare to do, to be as they wished. Lots of extravagance….

Rockpages.gr: You have written some of your best songs ever in your career with Paul Stanley. If my memory serves me well, the last time that you worked together was back in the early 90s. How come you haven’t written more songs in the last 25 years and by the way, is there any unreleased stuff from you two?

Jean Beauvoir: it’s just circumstances. I move around a lot and once I left LA in the 90’s, we just weren’t hanging out all the time anymore and everyone goes on with their lives. Glad to hear you liked those songs, I think we wrote some really cool stuff. There are unreleased songs that we wrote together. 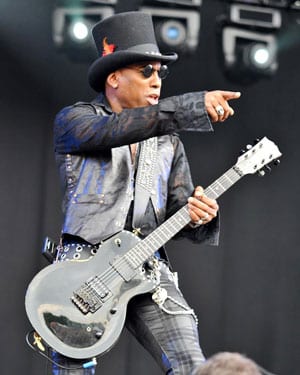 Rockpages.gr: I know that you have a close relationship –both friendly and business-wise- with Steve Van Zandt. I love this guy and how he interacts with Bruce Springsteen on stage. Were you aware of his work in the 70s before you started collaborating with him in the 80s and what’s the secret behind this longtime special friendship with him?

Jean Beauvoir: we just had a lot in common and our point of views were similar in many ways. A mutual respect for talent and other things. I learned a lot more about him and yes, he’s done quite a bit in his career.

Rockpages.gr: From all the groups that you have worked with, my all-time personal favorite will always be Crown of Thorns although I absolutely adore the one and only record that you recorded with Voodoo X. Would you consider recording another album with Crown of Thorns given that it has been 7 whole years since the last one?

Jean Beauvoir: Yes, I would. Let’s see what the future holds!

Rockpages.gr: Have you ever been to our country and, by the way, is there any chance of seeing you live in the near future in Greece?

Jean Beauvoir: I have been, what a beautiful country, but I’d really like to see more. I was in Rhodes on vacation some years back and had a great time! Hopefully I’ll get back there on tour!!! I’d love that… 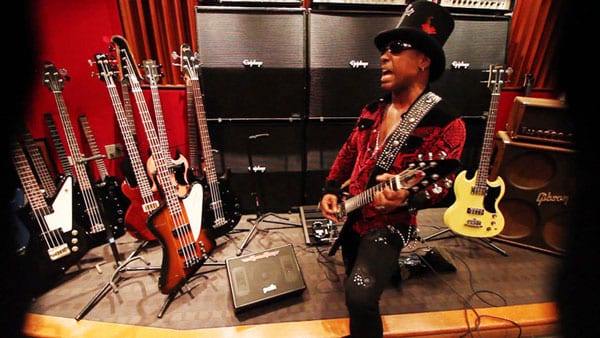