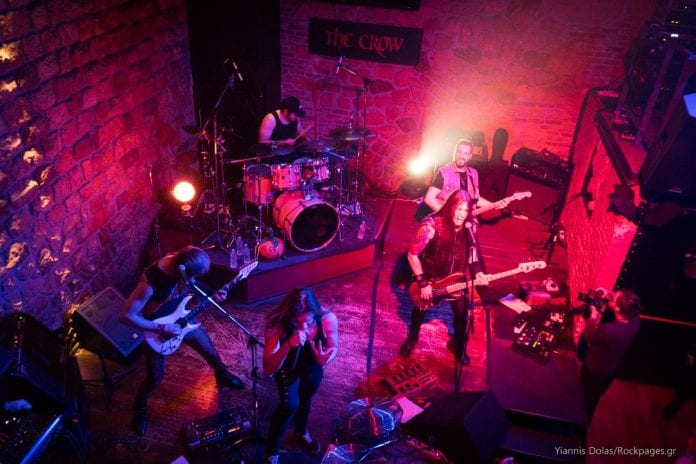 During a very special time in Helloween’s career such as the “Pumpkins United” tour that finds Michael Kiske and Kai Hansen joining the band the fans in Athens had the chance to enjoy the Greek tribute act at the Crow Club.

The set’s center piece was “Keeper Of The Seven Keys Part 2” which celebrate its 30th anniversary in 2018 and of course was crucial to the Euro power metal blossom and the German band’s success. The album’s flow wasn’t kept intact –as I was expecting- and its songs were player in various spots in the setlist. From the kick-off with “Eagle Fly Free” Keepers showed their teeth with full on energy and lots of humor during every second of the show. The band’s biggest weapon is Mike Livas’ voice which can perform the Kiske era songs pretty well. 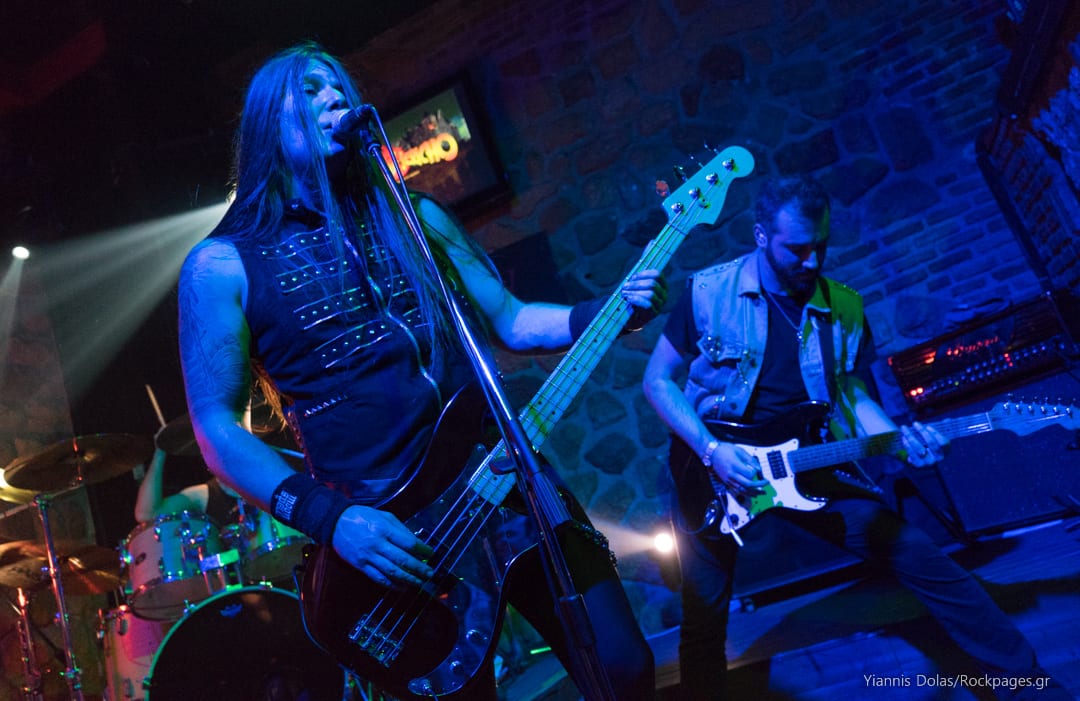 From then on the rest of the guys are great in their effort, because let us not forget that playing in a tribute band means a pledge of love and devotion for the band the songs you play. If we exclude the drummer who was obviously tensed, since he didn’t have enough time to rehearse as he was covering for Haris Zampoukos, the other four were amazing running around for miles and miles on stage, posing and playing with the audience as any bad that perform live should. Keyboardist , Alex Griever Paf, must have felt a bit restrained in the upper corner of the stage but his role was very crucial creating the atmosphere and throwing in the audio effects where needed. 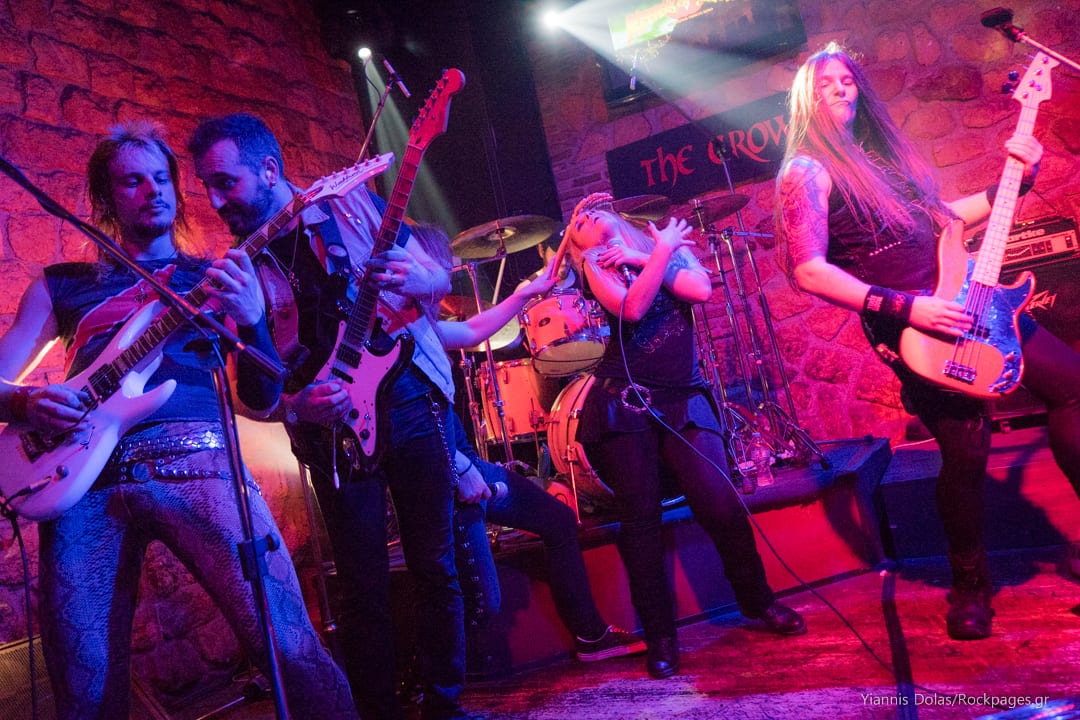 The show’s highlight was Chrysso getting on stage to sing “We Got The Right” as well as the fans getting up to sing “I Want Out” that closed the set. Of course the great performance of the band on Helloween classics such as “Hallowen”, “Keeper Of The Seven Keys” and “March Of Time” didn’t go unnoticed. Neither did the two Gamma Ray songs that were the icing to the… pumpkin! Of course, if we want to get all grumpy and strict maybe the drum solo could have been avoided, but other than that I don’t think there is room for any complain. 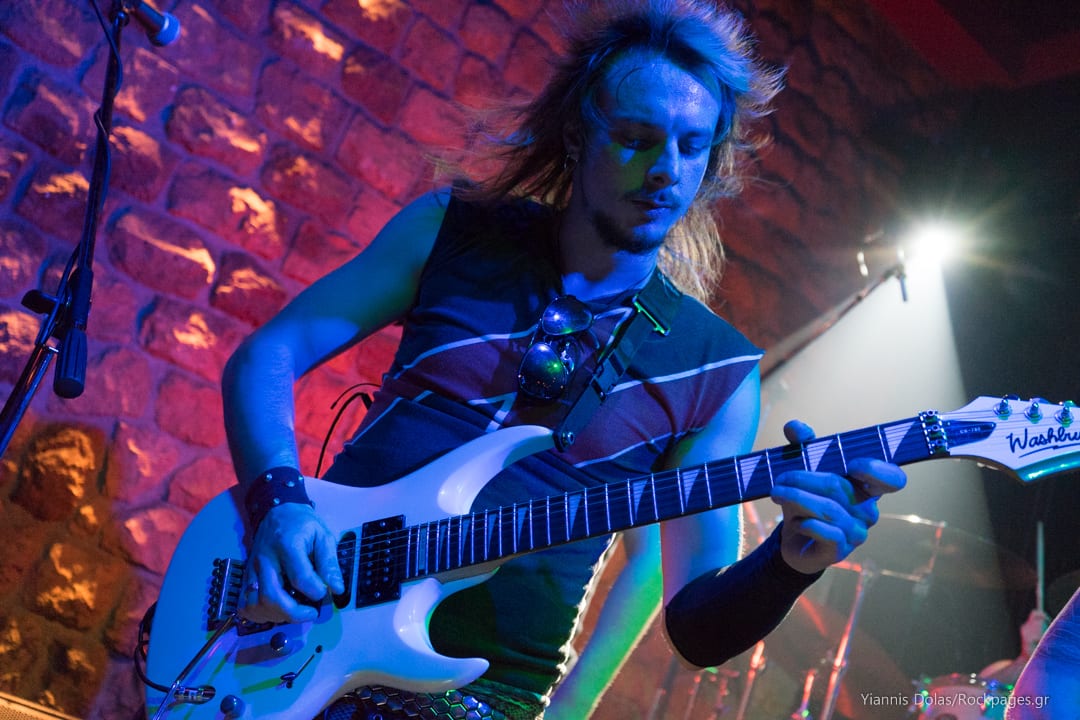 In a nutshell, Keepers Of Jericho is a great tribute act, a guarantee for what you’re going to listen to. Their high spirits will get to you, as well as the positive energy of the songs they play, which is power metal in its original form with great doses of humor, the Germans’ trademarks.
Yiannis Dolas
Invitation, Eagle Fly Free, You Always Walk Alone, Dr. Stein, Rise And Fall, Don’t Run For Cover, Judas, Halloween, A Tale That Wasn’t Right, Drum Solo, We Got The Right, Savage, Warrior, Future World, Keeper Of The Seven Keys, Lust For Life (Gamma Ray), Save Us, March Of Time, Ride The Sky, Rebellion In Dreamland (Gamma Ray), I want O 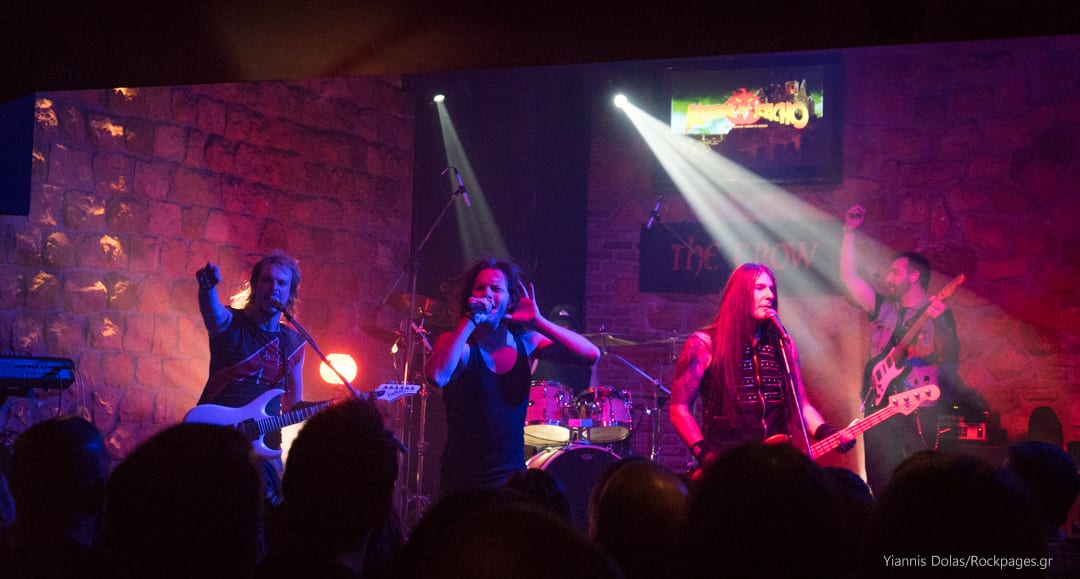