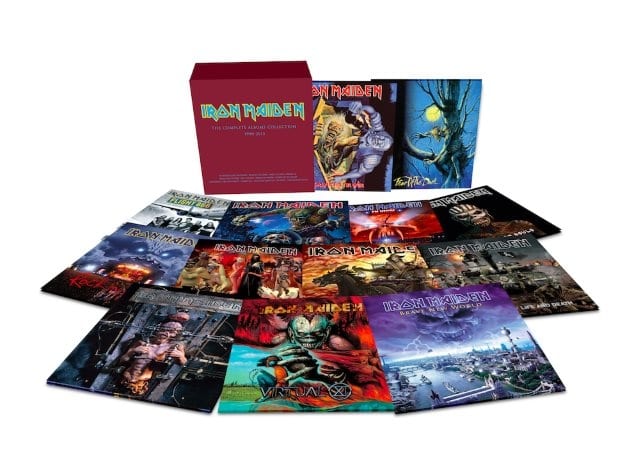 Parlophone Records will follow 2014’s reissue of the first eight IRON MAIDEN albums, which spanned the 1980s, with twelve brand new pressings of albums from the period 1990-2015 in heavyweight 180-gram black vinyl. Unlike the 1980s reissues, which were cut from the original analog master tapes, the audio on these releases has been cut from the high-resolution remasters of 2015 when the MAIDEN catalog was digitally upgraded. They will be packaged in identical artwork to the initial vinyl releases.
The records will be released chronologically across a three-month period:
May 19:
Collector’s Box
No Prayer For The Dying
Fear Of The Dark
The X Factor
Virtual XI
June 23:
Brave New World
Rock In Rio (Live)
Dance Of Death
A Matter Of Life And Death
July 21:
Death On The Road (Live)
Flight 666 (Live)
The Final Frontier
En Vivo! (Live)