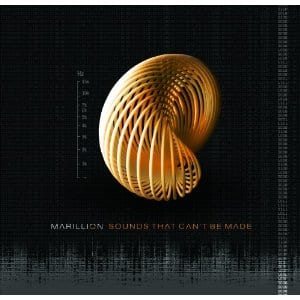 Truth is I was rather optimistic regarding the whole procedure affecting the release of the “Happiness Is The Road” successor. I’m not sure about the reason, however it was as if I knew it in my gut that the new Marillion album would be great.
Indeed, “Sounds That Can’t Be Made” confirmed that feeling I had. It’s a total of eight compositions that can not be “identified” as classic Marillion songs, yet, at some point, they give out a different feeling, comparing them with the British last decade albums. Given Marillion quality is standard for this album as well, plus the melodic, technical and melancholic elements of the progressive rock veterans are present one more time. There is a bit of diversity though, arising from the beginning of “Sounds That Can’t Be Made”. Opening track “Gaza”, over ten minutes long, is a song where Marillion sound rather groovy, comparing that with the sound we are familiar with; it’s something that can fool somebody not that much into the band. “Average” listener will certify it’s a Marillion album, when listening to a fantastic song, “Power”, a song close to the fans ears and probably a song, which will make an impact on that record.
“Gaza” is not the only “large” track in the album; there are two more songs over then minutes, “Montreal” and “The Sky Above The Rain”, the album closer; none of them is making us tired, on the contrary they are simply lovely.
I truly believe “Sounds That Can’t Be Made” is an exceptional asset to Marillion discography and those following the band. I’ve written before it’s hard to listen to their new style, since Steve Hogarth changed the orientation. Their audience is specific and over-demanding.
For those of you wanting something more, I would suggest the deluxe limited edition, an amazing package, containing a bonus DVD with the “Power” and “Lucky Man” video clips, studio footage, soundcheck, The making of… generally the kind of material fans are seeking.