On a cool night with thunders flashing all around the sky of Athens the punk storm broke out led by legendary drummer Marky Ramone, who was member of the emblematic Ramones for the biggest part of their career. 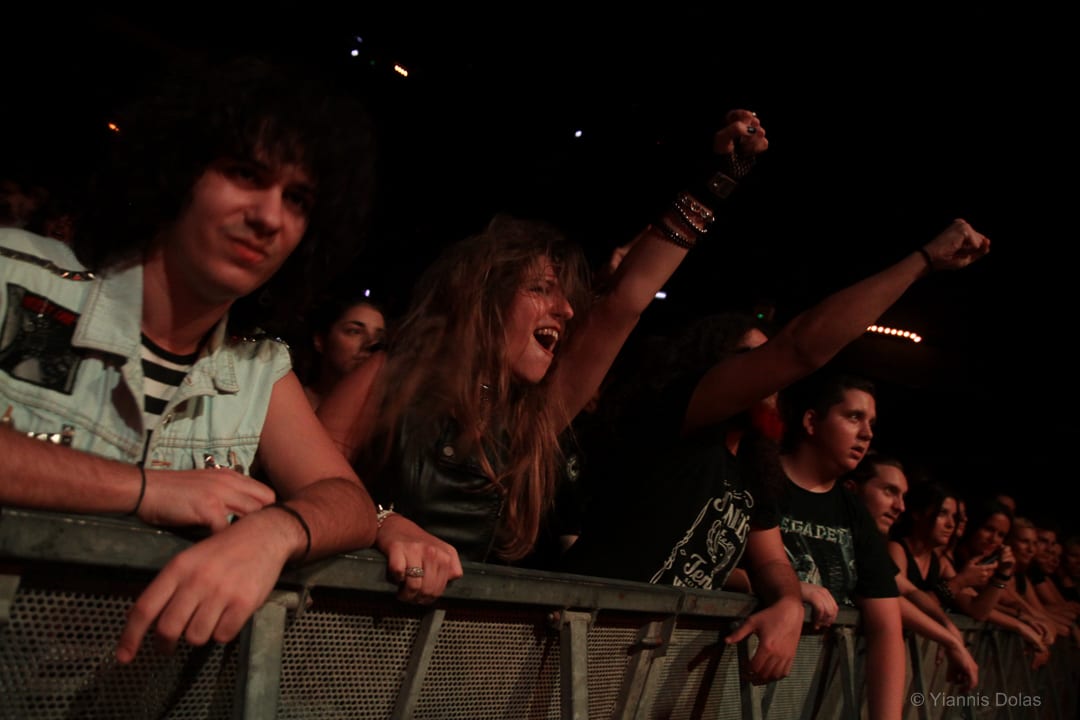 Initially, I can’t hide my disappointment for the poor attendance of the show in the marvelous Piraeus 117 Academy, by far the best venue in the city of Athens. I don’t know if that was because of the fact that the concerts season started earlier than usual this year, or that Marky is playing pretty often in our country. Still the ticket price was rather cheap and a guaranteed fun gig.

Graviola had the uneasy task to open the show and truth is that they looked and sounded awkward with was going to follow. A garage rock guitar-drums duo where something was missing. However, the audience responded with great warmth. 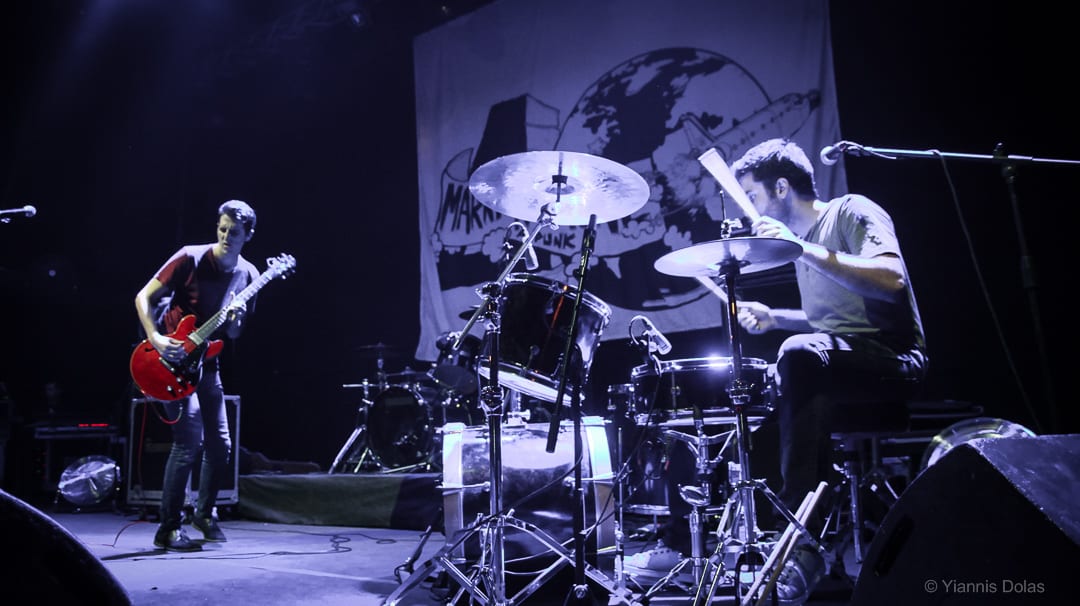 At 9:45 it was time for Marky’s return to Athens for his last show on the current tour with two more Greek days having preceded in Volos and Thessaloniki. Right from the beginning frontman Kenneth Stringfellow from the Posies was the man to watch as he was unstoppable, running up and down the stage all the time. In the beginning he was bashing the mic stand ruthlessly, while he posed like Joey a bit, but that was as far as he got impersonating him. Dare I say that Kenneth is so far the best frontman we’ve seen Marky’s band play with. 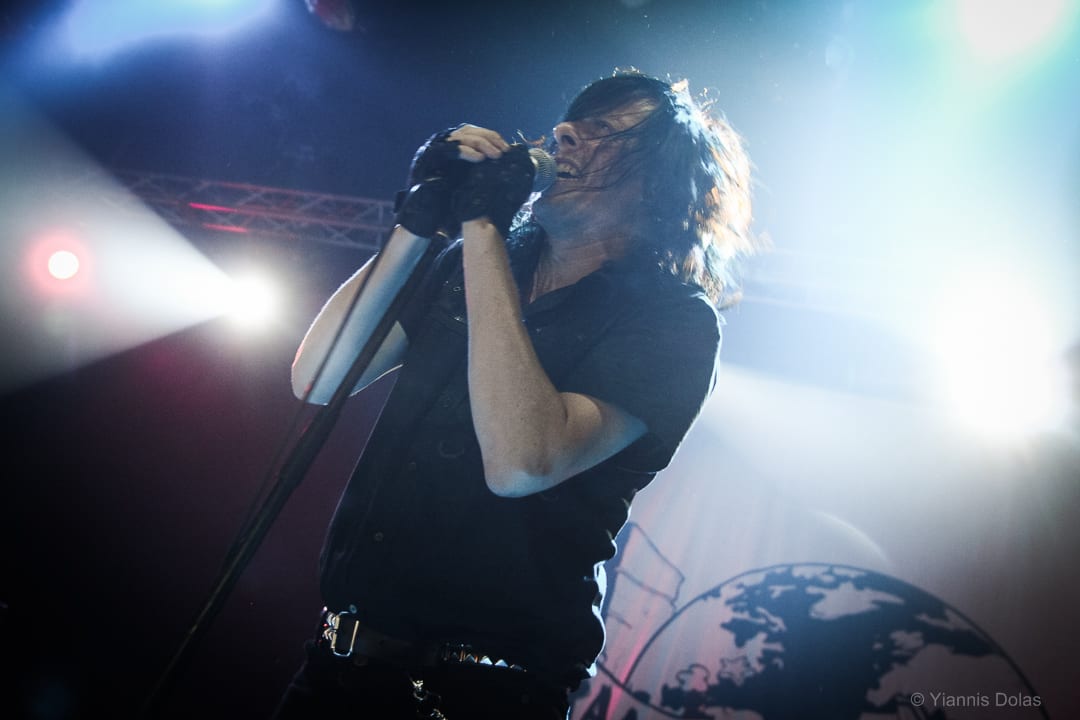 Also amazing was the… Captain, Captain Poon, lead guitarist and singer for the Bloodlights and ex-Gluecifer (Goosebumps), who had to be transformed into Johnnie and release those machine gun riffs that built punk forty odd years ago, but still sound as fresh and as relevant as ever. Captain was full of energy, handled vocals, while on the other side of the stage Alejandro Vlejo Lewezuk on bass was cooler, always counting the songs to 4, laying the groove with Marky. Under the plain and simple banner that only quoted “Marky Ramone A Punk” the drummer punished the skins without being flashy and overplaying giving those punk anthems the energy and swagger they needed. 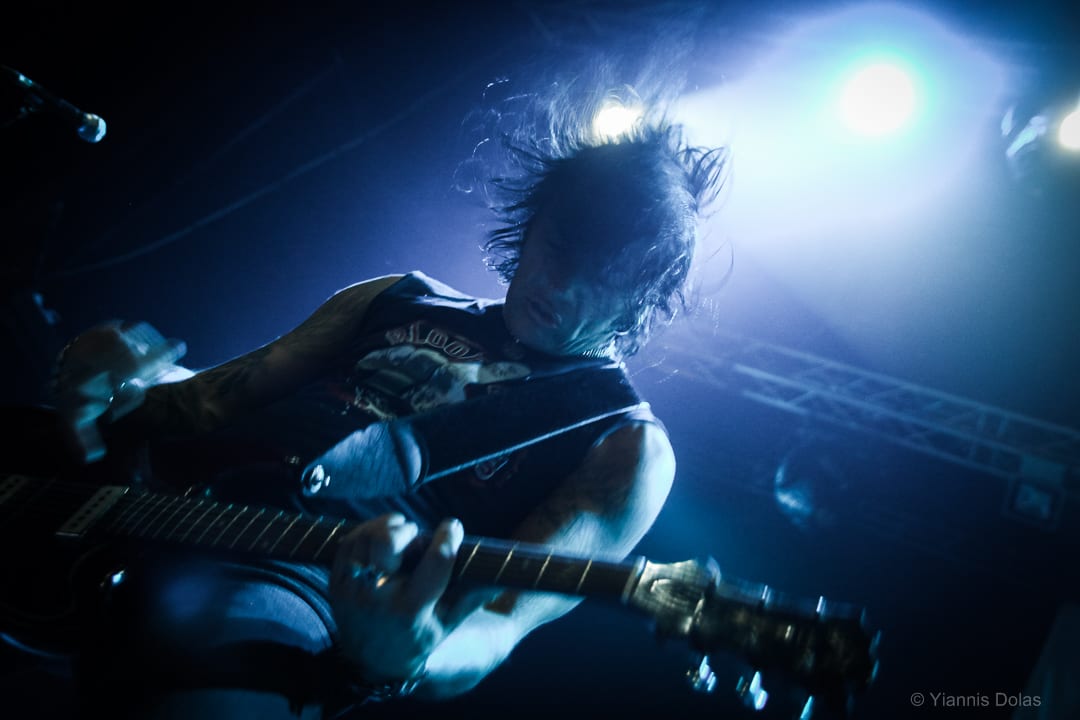 There weren’t too many surprises in the show since we enjoyed what was expected from the band to play. No classics were left out, except the particularly favorite of the Greek audience “Somebody Put Something In My Drink”. Still, we’ve listened to “What A Wonderful World”, originally by Louis Armstrong that was included on Joey’s album “Don’t Worry About Me”, where Marky played drums, as well as Motorhead’s “R.A.M.O.N.E.S.”.

In the middle front of the stage there was a moshpit where people were pogoing and dancing to the sound of the Ramones’ songs, despite the heat in the venue. I am sure that if there were more people the circle of the most enthusiastic fans would have been bigger. The mediocre attendance influenced the audience’s reactions as it wasn’t as frenzy as expected, except from a few songs, for example “Blitzkrieg Bop” that traditionally resumed the show with a topless Kenneth Stringfellow running around on the front row getting in touch with the ecstatic audience.

Marky Ramone’s shows is a proof of quality for a great show. Every time he is in town you will enjoy the classic songs, a great band and it will be good fun whether you are a fan or not. Till the next time…

Rockaway Beach, Teenage Lobotomy, Psycho Therapy, I Don’t Care, Sheena Is A Punk Rocker, Havana Affair, Commando, I Want To Be Your Boyfriend, Beat On The Brat, 53rd & 3rd, Now I Wanna Sniff Some Glue, Gimme Gimme Shock Treatment, Rock’n’Roll Highschool, Oh I Love You So, Let’s Dance, Surfing Bird, Judy Is A Punk, I Believe In Miracles, The KKK Took My Baby Away, Pet Semetary, Chinese Rock, I Wanna Be Sedated, I Don’t Want To Walk Around With You, Pinhead

Do You Remember Rock’n’Roll Radio, I Just Want To Have Something To Do, Glad To See You Go, Cretin Hop, R.A.M.O.N.E.S 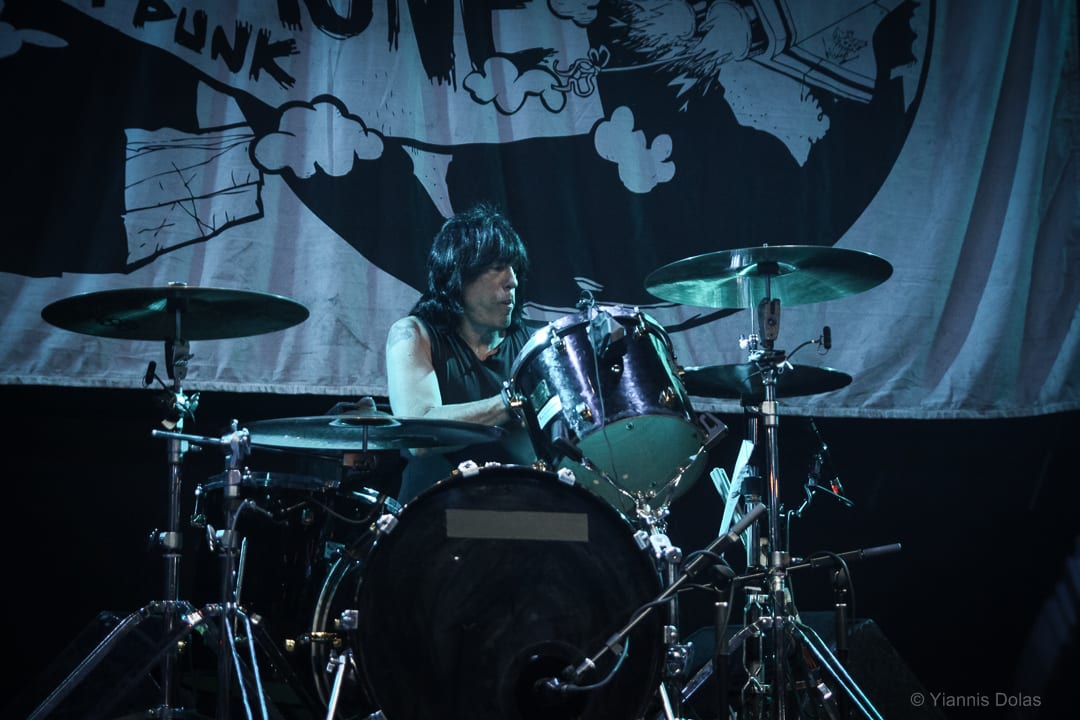