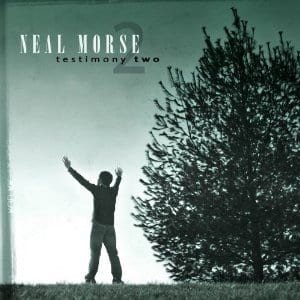 Neal Morse is so huge that one needs an encyclopedia to simply mention the things he’s done for music WITH music! Thank Neal, there are many, equally huge, artists in music, so you might ask yourselves about the general characteristics of such an individual. I believe that I can only mention Spoke’s Beard and Transatlantic to impress you the most, I can talk about his participations in numerous projects, I can go on and on about the fact that he’s a superb multi-instrumentalist, a man who actually talks to music WITH music…
First “Testimony” was released in 2003, describing the story of Morse himself when he re-discovered Christianity. As a reborn person, Neal has written and composed about that very story which changed his whole existence. Thus, the second part of the testimony is about the same issue.
Apart from what each of us believes or not, apart from we think about these aspects, regarding the Cali-man, this is purely a genius Prog album! Some truly blessed artists participate, such as Mike Portnoy and Randy George as well as some extraordinary singers. Morse is bringing incredible music to our ears, full of melodies whilst he won’t stop messing with some completely Prog dimensions, filled with tough tempos, out-of-nowhere tutti’s and those rough spots that need years of practice.
The second CD of the album includes three compositions, which have nothing to do with Christianity, yet they showcase his superlative charisma. You think three tracks are far two less for an entire CD? Better check again, as «Seeds of gold» is almost twenty six minutes long! Impressed? Wait till you hear this… The song features a guitar solo by Steve Morse (Deep Purple)!