They’ve come many times. So many, that you can easily lost count. We have seen them, but we want more. Truth be told, the Brits in some of their appearances in our country during the past years, didn’t catch the standards we wanted, but they are and always will be a great band. Thirty years of history and with the feeling that something good was on the way, I took the road that leads to Piraeus 117 Academy.

The night started right on time, in a venue that was almost full. A band from Athens, Sorrows Path, took the hard part to warm the audience. Forty minutes later, I cay say that they did their job. The power/doom metallers played songs from their three full-length releases and won the applause from a crowd that was getting bigger minute by minute. Great chemistry on stage and very good sound helped them to it. 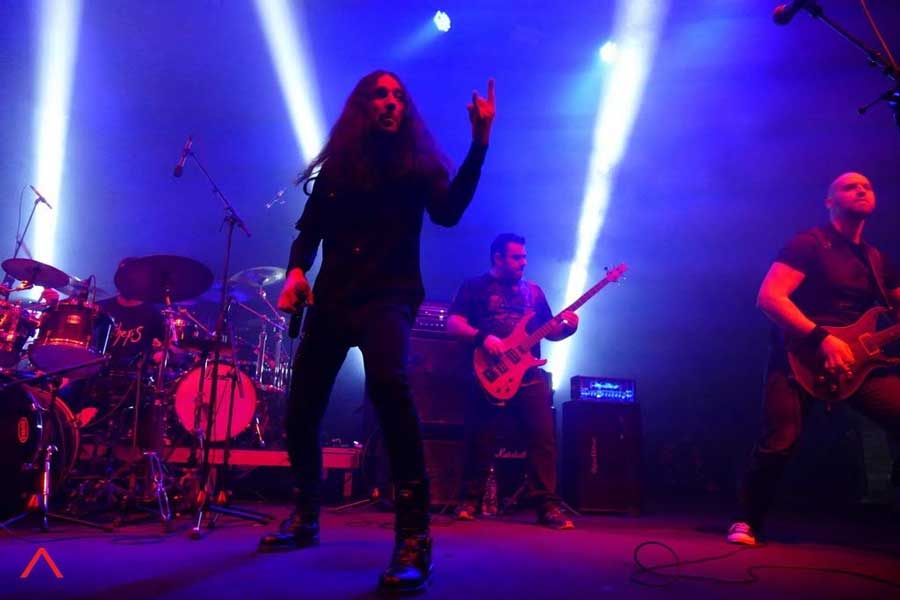 Half an hour later, the Academy was full, Paradise Lost came on stage and the first notes of “Enchantment” made the fans sing with all their power “all I need is a simple reminder”. My first thoughts went to the guitar players. From the left, Greg Mackintosh with an epic haircut. Him and Nick Holmes can easily compete with Metallica on the times they’ve changed their appearance. From the right, they crazy pharaoh Aaron Aedy who always makes me wonder if he really plays guitar or just waves his hands up and down with no reason. “From The Gallows” came next and blew away any doubts I had about the condition of Holmes’ voice. Very good both in clean and extreme vocals, the latter were used a lot that night. They should have been a little louder, but in the end this is just a detail. 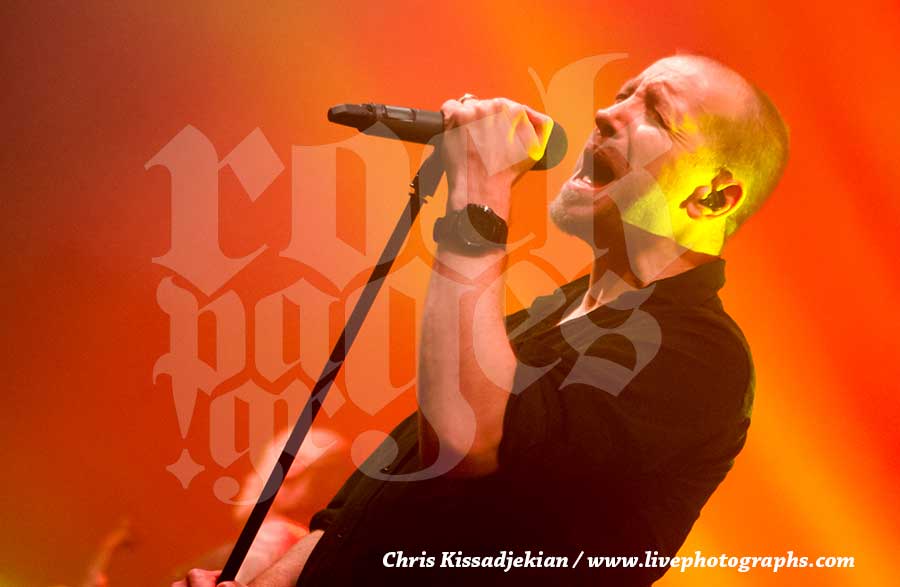 The band was playing great (killer bass from Stephen Edmondson) and seemed to enjoy it, especially Holmes who was joking all the time about various stuff and Christmas. Like when he altered two song titles (“The Longest Christmas”, “Faith Divides Us – Christmas Unites Us”), when he said that the hymn “As I Die” hit the top on British charts in Christmas (what a troll) and when he motivated the fans to start a circle pit in a doom song and walk around like zombies. 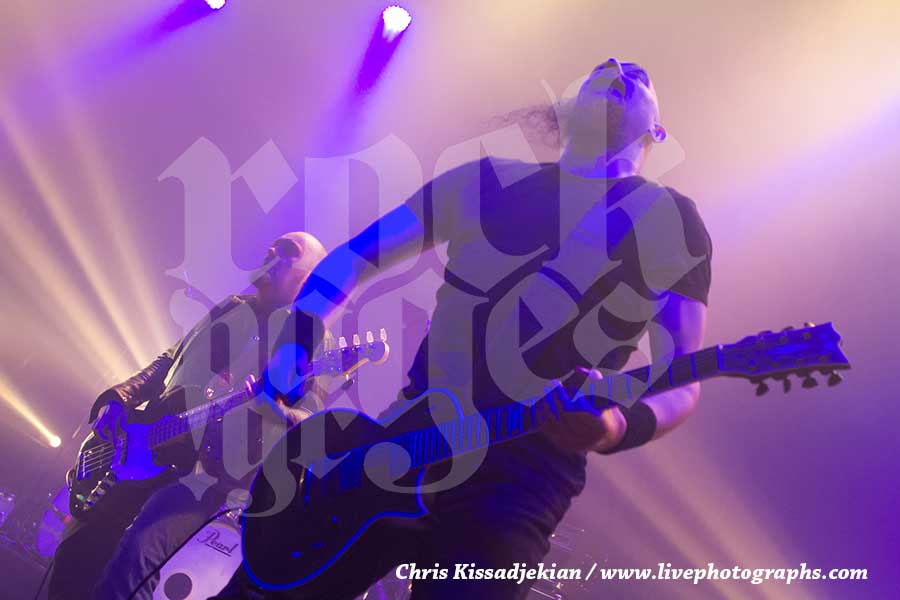 As for the show in general, I can say that it was awesome. An unusual but great setlist, filled with new and old songs. The changes between the rhythms and the experience were constant. For example, the doom of “Medusa” calmed down the audience and a few minutes later, the beloved “Erased” made them sing “I don’t need anyone” as loud as they could. Or later, the mournful “Beneath Broken Earth” followed up by “Embers Fire” that made the fans test their voice again. Paradise lost did whatever they wanted. And they did it well. They played whatever they wanted. Good for them, because many of these songs aren’t exactly ideal to pump up a live show. 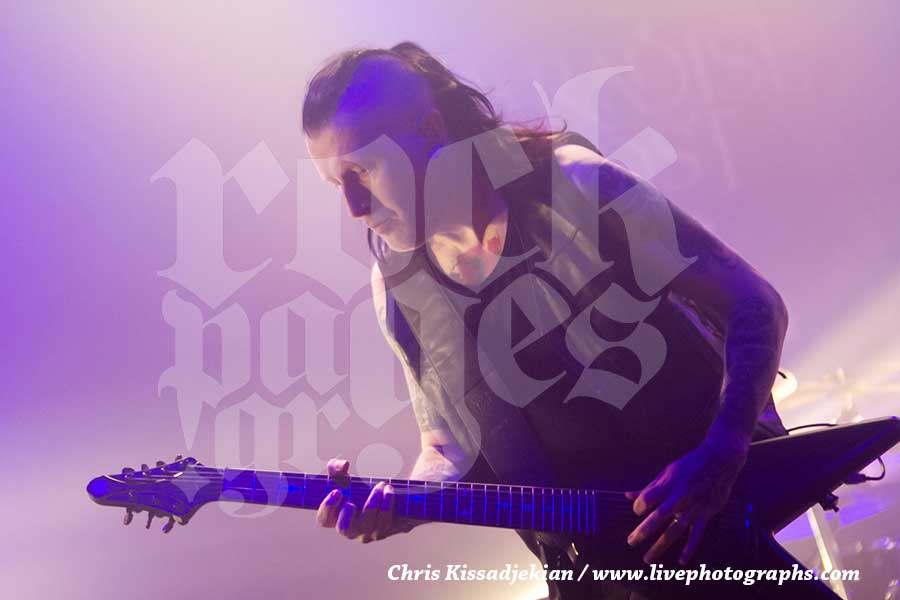 In conclusion, I must have seen them half a dozen times. This performance was the best. For one friend who has seen them more, this came second in his list. They have disappointed us in some of their latest shows in Greece, but this time things were different. The only thing that wasn’t ideal was the duration, one and a half hour max. I think that they could give us a few more songs. And for you, the social media warriors, who complain all the time that we keep watching the same bands, next time try to go to a show to see a group that rarely comes to Greece, try to fill a venue with the capacity of 200-300 people and then start grumbling again. 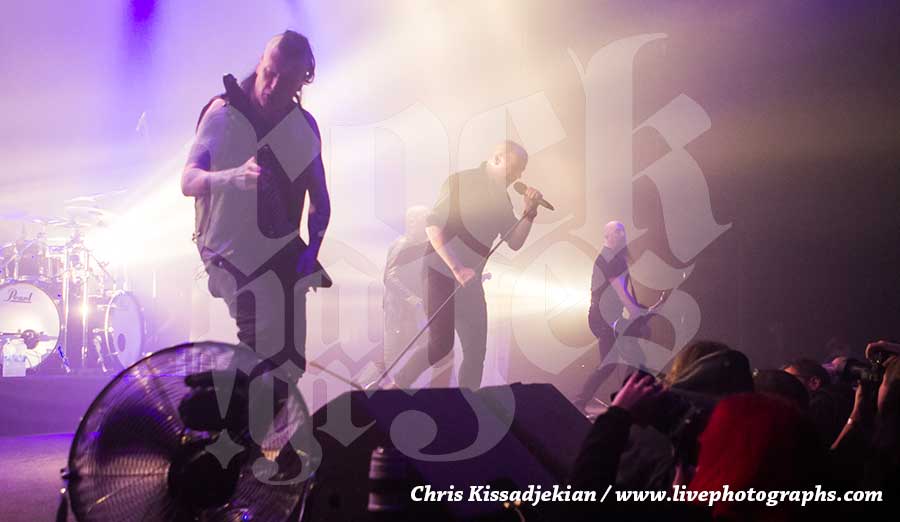