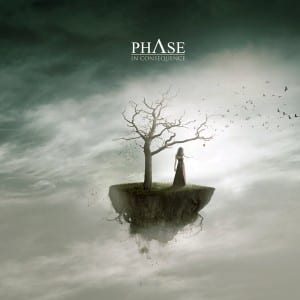 Some of you might remember this album; it was released last year… Yep, you’re right… However, the band is releasing it on CD, the boys have already had their first tour abroad and the music… Darn, the music is so interesting I would do a review even if we were talking about the tenth re-release! I just wish I could write samples of the melodies in order to make you understand of what I’m talking about.
The band started in Larissa, Greece in 2003. So far they’ve shared the stage with some splendid musicians (Omen, The Tea Party, Danny Cavanagh, Anneke van Giersbergen etc.) and they are aiming in getting their music and motifs into more and more people… It’s a superb hybrid of Zeppelin (even more Robert Plant) paths and pessimistic themes, through electronic, new wave and dark rock prisms. What’s that, I’m not that comprehendible? On the contrary! Picture the following: Robert Plant is jamming with Depeche Mode, whilst Paradise Lost are supervising!
Perfect blackness, served in cold porcelain, with a spoonful of irony on the side; a bunch of FX and broadened rhythms, outside Rock. Eastern motifs, a fine sequencer meltdown… It’s open season…
Duncan Patterson (Anathema, Antimatter and more) has participated in “Ibidem”, the very mirror of this particular album. Highly intellectual, very powerful… This band possesses tons of culture… Killer artwork!