It’s been seven years since Poem’s debut, but finally 2016 looks like it’s their year. The amazing “Skein Syndrome” is out since a couple of months, their lineup is now stable, they took part in a European tour and before their participation at this year’s New Long Fest in Nea Makri we have the chance to address some a few questions. They are definitely one of the most quality Greek acts around, so don’t miss them! Interview: George Terzakis

Rockpages.gr: First of all, congratulations for your new album. What’s the feedback so far from the press in Greece and overseas?

Stratos Haidos: Well, we got very positive comments, it looks like the audience has embraced “Skein Syndrome”. We see it every day in reviews, messages we are getting and sales. It’s going great so far! 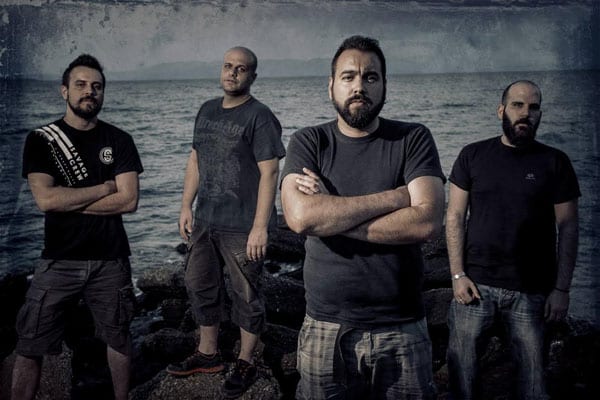 Rockpages.gr: It’s seven years since “The Great Secret Show”, but it was worth the wait. Why did it take you so long to release a new album? Was it only the member changes, or was it something else as well?

Giorgos Prokopiou: The main reason was the lineup changes that made us re-start the machine several times. However, even when we were ready we decided to wait to write the material from scratch, in order to make the next step we had in mind. We are glad we did, because if we’ve acted differently we wouldn’t have the same result.

Rockpages.gr: Did all the members participate in composing the new songs, or there were left over ideas in the drawer?

Giorgos Prokopiou: Everybody chipped in the compositions, with George Anagnostou on guitar. There were a few ideas/parts that were created by our previous lineup and that’s why we thank the guys in the booklet of “Skein Syndrome”, but mainly the songs turned out after the four of us (me, Stavros, Stratos and George Anagnostou) jammed. Laurence followed George Anagnostou guitar tracks adding his own touch when we re-wrote the material.

Rockpages.gr: How did the album title come up and where does it refer to? What are the lyrics about?

Stavros Rigos: “Skein Syndrome” describes the general idea of the album. It’s not a real syndrome, it just describes the way our society puts us into the procedure where we seek for the wrong things to be happy resulting in getting wound up gradually. The cover shows a middle aged guy looking at the rope he wrapped himself with during his time of existence. It’s up to him to realize that it’s not substance that matters and release himself from what binds him, or else he will die tied down. The songs’ lyrics revolve around the same concept. The passive observer of what’s happening around us, the destruction of the planet, the madness of war, a soldier at the moment when his soul flies away, a father’s death, the end of a love affair and so on. 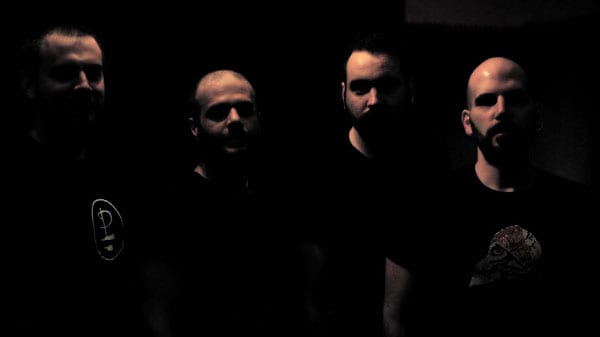 Rockpages.gr: You recently completed a tour with Amorphis and Textures after almost a month and a half on the road. How did that come up?

Laurence Bergström: It came up with the guidance of our manager, Lars Larsen, and of course our compliance. It’s interesting to say that in the beginning we were saddened to decline the offer because we didn’t have the budget. But, surprisingly we received an e-mail from Amorphis’ manager that they wanted us for the tour and they weren’t asking for a buy on fee, so we could afford it and we did it.

Rockpages.gr: I think I know the answer, but why that tour didn’t come to Greece?

Stratos Chaidos: Well, the reason is that the geographical location of our country isn’t convenient for a bad that tours to stop by. The goal is always to play to your biggest fan base and combine that with something that’s close-by. Although we played in Bulgaria they found it difficult to travel to Athens just for one show and then go back to Europe. Basically, it’s not the bands that decide where to play, but their managers who book the deals with the concert promoters. If it’s convenient for them to come and play they do it, if it’s not they don’t.

Rockpages.gr: Did you come across with people who have heard you before in the audience? What was the reaction from those who listened to you for the first time?

Laurence Bergström: Well, the Greeks that live abroad knew us. Except from Romania that people knew us from our shows in 2014 they didn’t know us in the other places. The audience reactions were different in each country. For example, in Scandinavia just a nod of the head is a sign of acceptance! In countries like Ireland, Belgium, Switzerland, Balkan countries and central Europe the crowd was much livelier. In general, they’d listen to that band from Greece and things were getting better gig after gig. 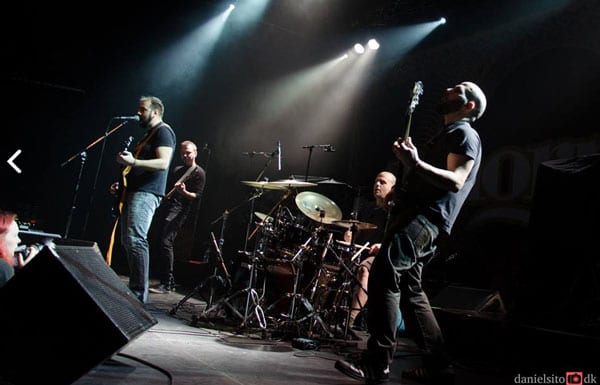 Rockpages.gr: What was the best and the worse moment in that tour?

George Prokopiou: Since it was out first tour we experienced both, good and bad, in huge doses! On the good side we’ve got the relations we built with Textures and Amorphis, as well as their crews, their support, their help and definitely what happened in our last show in Bochum where while we played there were pranks such as listening to roosters on our stage monitors as well as Stavros and Laurence saying “malaka” from a video Textures shot during the tour. The worse moment was probably when Eleftheria, our administrator, told us that the company that rent us the tour bus wanted from us to get off in Stockholm, because they couldn’t understand that due to capital controls we had to handle matters a bit differently.

Rockpages.gr: Who wins the award for the best crowd then?

Rockpages.gr: So, since we didn’t have the chance to see you live on that tour we will catch you at New Long Fest in Nea Makri. Are there any more dates for Greece?

Stratos Chaidos: At the moment we haven’t anything booked in Greece. We are in contact with several promoters and whatever we schedule it will be announced on the spot.

Rockpages.gr: How come you decided to play an acoustic show? Was it your decision, or the promoters’?

Stavros Rigos: Well, the promoters suggested it and we accepted. Doing an acoustic show is always a challenge and we think that the audience will enjoy it!

Rockpages.gr: You played in Nea Makri in 2014. What do you remember from that show and the festival in general?

Stratos Chaidos: Well, it was a great night, we had an amazing time and we reunited with our former members, George Anagnostou and Kamil. The festival has a great vibe and every year it becomes stronger and bigger! If it was supported by the municipality it could evolve to something even bigger and better organized, not that this impossible now, but it would have been easier that way. The guys do a great job and there is people who can’t wait to attend the festival every year!

Rockpages.gr: What are your future plans?

Laurence Bergström: We’ll play in Romania in August at Extreme Rock Festival and we are in touch with out manager to schedule another tour before the end of the year.

Rockpages.gr: The final word belongs to you…

Thank you very much and we can’t wait to see you at New Long Fest in Nea Makri soon! 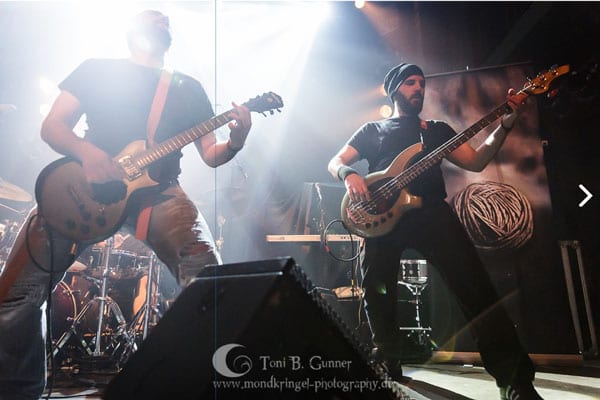