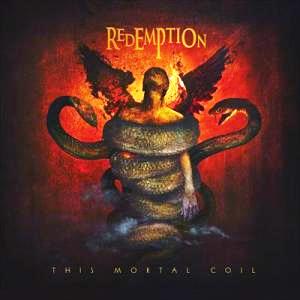 The MetalProg Masters remain faithful to their endeavor… with us! Two years after “Snowfall on Judgment Day” and they’re back with an album… And, my oh my, what an album! Guitar sound is simply SUPER! High pitched and so heavy! HEAVY! That sound is it! Keen and powerful and… everything! All instruments sound huge and it is only natural this is happening, as the one and only Neil Kernon (Rage for Order – need to say more?) is the one taking care of the album production and mixing. On the other hand… the voice of Ray Alder! Heavy, dark, lyrical, spacey… Brings out the rage of sweetness and the syrup of wrath…
Riffs are totally nightmare-ish and some of them even flirt with Thrash Metal! Listen to “Noonday Devil” for instance, featuring that Tharshy guitar theme, the tutti orgy of the organs, the exophrenic melodies. It’s Prog yet it’s also built for some serious headbanging! It seems the way to marry those two music waves is finally revealed. Heavenly melodies and then… it’s open season!
You’ll get to hear some five, six, seven, nine min long songs, you’ll get to live with infinite melody and amazing creativity. At the end of the day, there is the ten-min long epilogue, answering the name “Departure of the pale horse”, guaranteed to give you Goosebumps! The magical music of van Dyk, the ultimate larynx of Alder and the virtuoso members of the band will feed your ears and your soul. The album is released (limited edition) with an extra CD, featuring cover versions (UFO, Toto, Journey, Tori Amos and more).
Nick van Dyk was diagnosed with blood cancer almost three years ago. Doctors were giving him a maximum of five years to live, in the beginning… He went through extremely intense therapy; it is more than possible he’s completely cured, however… He’s gonna wonder, always… It is only natural huge emotional segments were transferred to his compositions.