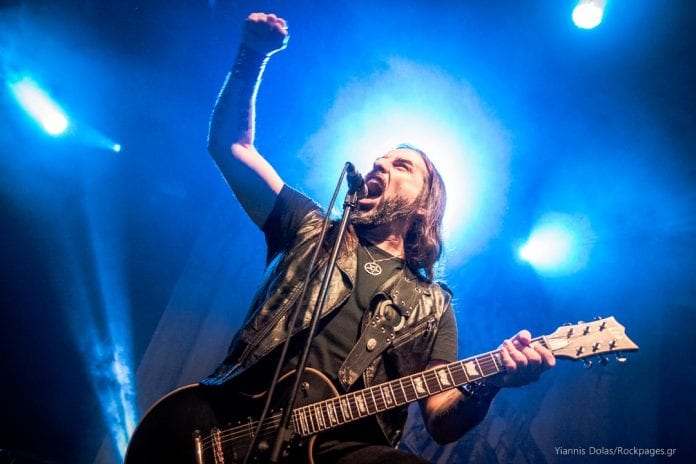 Rotting Christ is a band that is constantly growing bigger. A lot of work, recordings and endless touring gave them wide recognition amongst the metal fans. As a result, their headline shows in Athens are not as frequent as one might think. Their last one was in November of 2013. As it was expected, the first day was sold out with the second one being a special show. 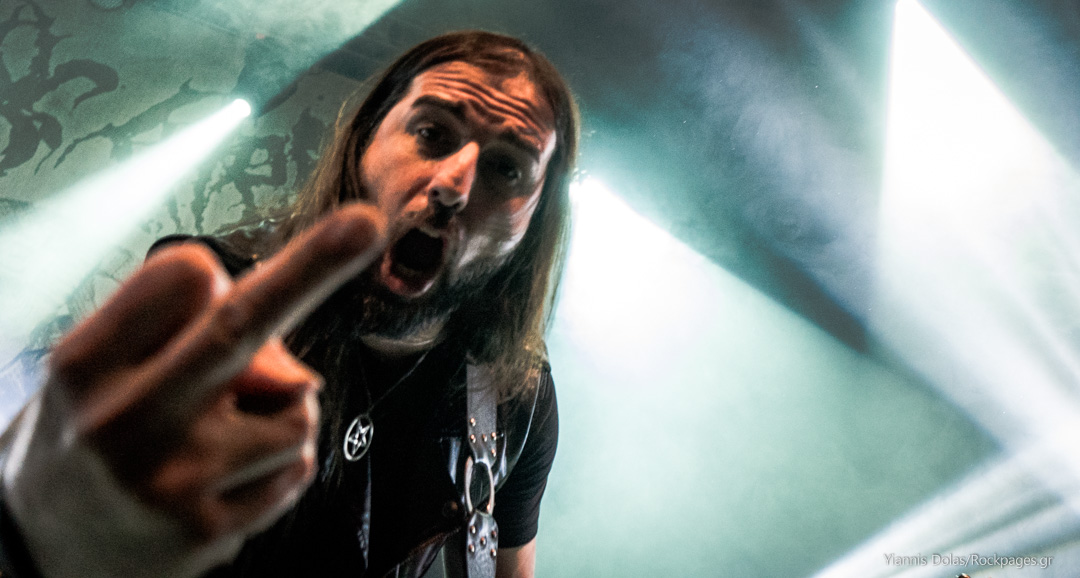 With a little delay, Aherusia from Athens came on stage. A favorite band of mine, but they have changed their sound in a way that doesn’t give justice to their old songs. Epic tunes like “Lux Occulta”, “Arbor Martyrum” and “Archangels” sound empty without second guitar, keyboards and Cretan lyra. They also played a new song called “Aski Kataski (As Light Defeats The Darkness)” from their third album that states their new sound path. They have on track a big release party in a few days in which they will play all of their songs. Stay tuned.

Next on stage was Hail Spirit Noir from Thessaloniki, the band that followed the pause of Transcending Bizarre?. Although their studio released weren’t my cup of tea, I have to admit that they were great playing live. Excellent sound, terrific performance from the band and a lunatic singer that gave their songs an unworldly tone. Their psychedelic/progressive/black metal isn’t the easiest thing to play, so one more reason to give them congratulations for what they presented on stage. 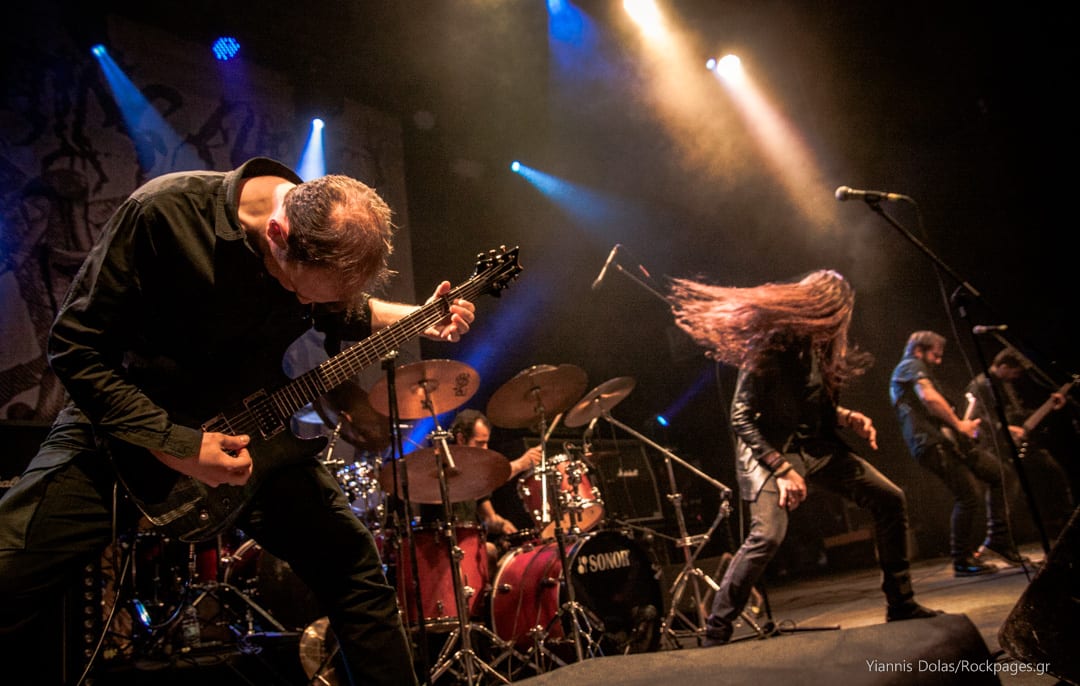 Piraeus Academy was almost full when the time came for Rotting Christ to conquer the stage. The first riff of “The Sign Of Evil Existence” took us back in 1993, when “Thy Mighty Contract”, this unholy gospel of black metal, was released. For the next 40 minutes, we listened this historic album in its entirety being played perfectly by an amazing band. The audience however didn’t react as I expected, maybe because it prefers songs from the last decade, when they found out that this band exists. The next songs were from the band’s most recent albums when finally, some fans woke up and remembered that they are in a live concert. The performance of Christ continued to be professional, full of energy and with excellent sound while Sakis couldn’t stop thanking us for our support. Having seen my all-time favorite band live many times, I have to say that they simply cannot disappoint you. Even if they try. 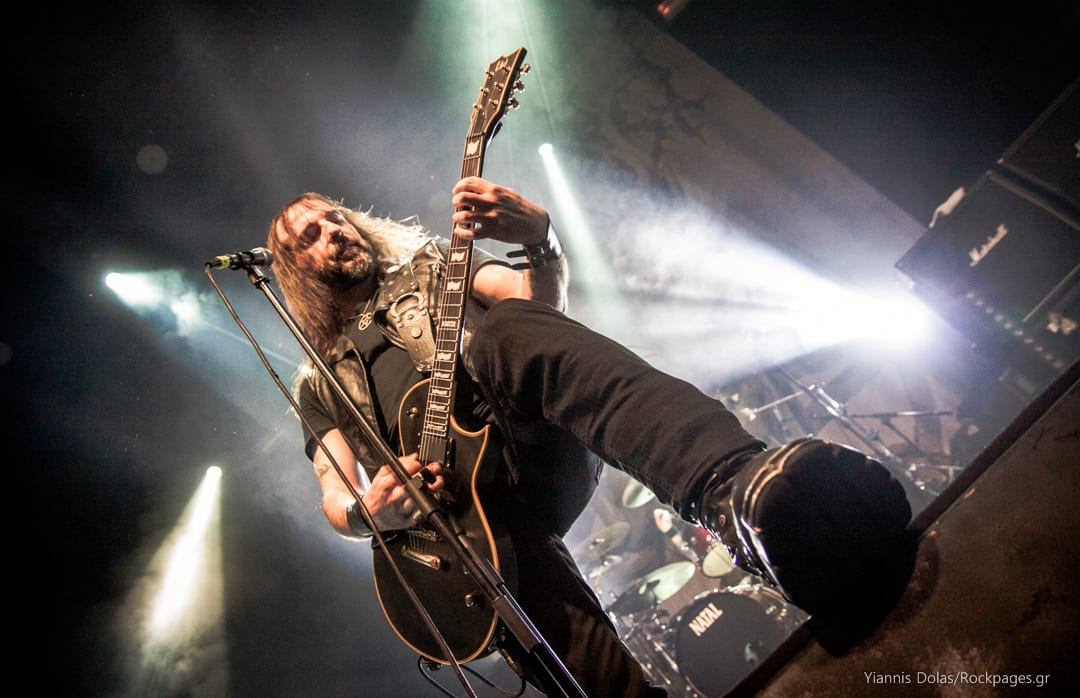 The worst part of this show was that it had to end. And it ended after almost 100 minutes, that to be honest were much less than the ones that they played on the first day. At least I hope to see them sooner next time. Non Serviam. 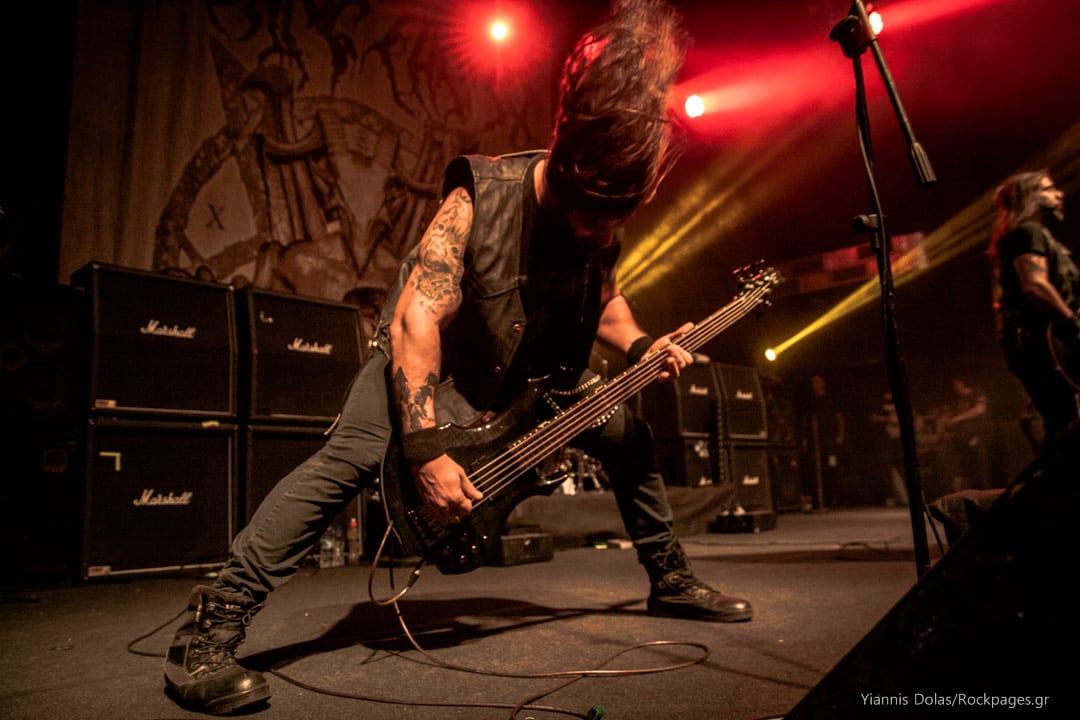