Can I speak the truth? I will. I was also one of those who weren’t excited by the announcement of Slayer’s last visit in Athens. The reasons are pretty much the same for everyone. We’ve seen them before (personally three times), it’s not the same without Hanneman, it’s not the same without Lombardo. Does this mean that Holt and Bostaph are not excellent musicians? Whatever. A few days ago, I was looking my CDs for something to listen to and my eye fell on “Show No Mercy”. After that, “Hell Awaits” followed. Long story short, I listen to all their albums that day. Hell, this is Slayer we are talking about. One of the most important bands in the history of the music we love. It didn’t take me long enough to go online and start searching for facts about their history, which I list in the next lines. 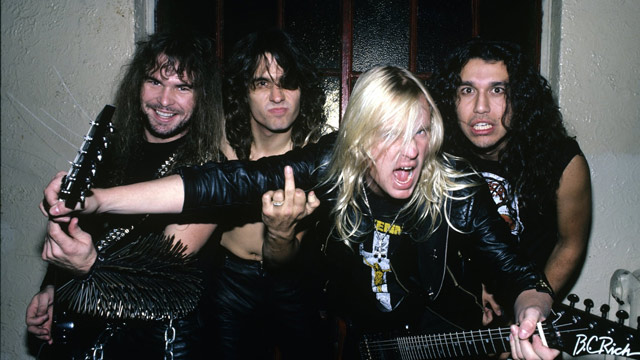 01) Originally, they played a style that was similar to early Exodus with many influences by Iron Maiden and Judas Priest. Until they went in a Metallica show in mid-1982 and were convinced by them to play harder and faster.

02) Brian Slagel found them during a show supporting the heavy/glam metal band Bitch in 1983 when they played six covers and two original songs.

03) About their name. There was a rumor that at first they were named Dragonslayer. That has been refuted in countless interviews by them. Also, their name is NOT an acronym for Satan Laughs As You Eternally Rot, even if this phrase appears in the first vinyl pressing of “Show No Mercy”. 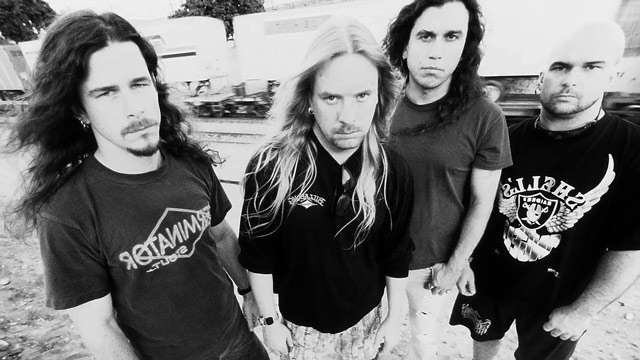 04) For this particular album they didn’t have budget from their record company. They used Araya’s savings who was working as a respiratory therapist in a hospital and borrowed money from King’s father. He took some courses and learned how to draw blood and intubate. After that, Araya asked for a time off to embark on tour with them. His request was denied and about one month later he was fired for not showing up anymore.

05) The legend Gene Hoglan (Dark Angel, Testament, ex-Strapping Young Lad, ex-Death) used to be a lights man and roadie in the tour for “Show No Mercy”. He also did backing vocals in it. When he was asked to join the next tour as a drum tech, he refused in order to pursue his own career.

06) They traveled through the first tour for “Show No Mercy” in Araya’s Camaro with a U-Haul trailer in which they had all their equipment.

07) King was in Megadeth for a short time in 1984. This was due to his admiration towards Mustaine’s capabilities as a guitar player. He left after five gigs because it took him too much time with a result of pissing of the either way pissed of Mustaine. A feud between the two bands started and kept on for many years after that.

08) King also played guitar on “Fight For Your Right” and “No Sleep Till Brooklyn” by Beastie Boys. He appeared on the video clip of the latter when he throws off stage a bear(!) and performs a guitar solo.

09) They are officially the most covered metal band, second only to Metallica.

10) Due to the extreme lyrics of “Angel Of Death”, Slayer had almost no radio play. A year after that, Def Jam Records owner Rick Rubin insisted that they should make a cover of “In-A-Gadda-Da-Vida” by Iron Butterfly for the movie Less Than Zero. This gave them their first major airplay, but Hanneman commented that this was a poor representation of Slayer. King wasn’t so kind and characterized it as “a huge hunk of shit”. 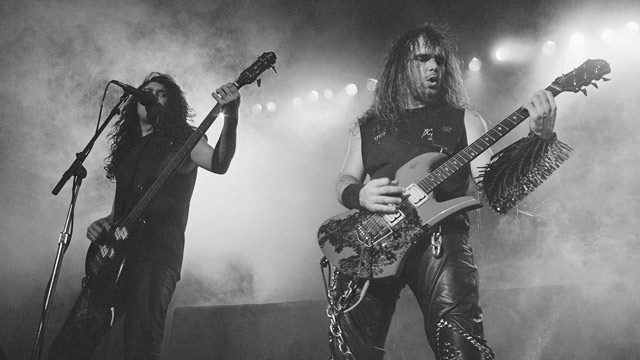 11) They lower tempos and different approach in “Seasons In The Abyss” was according to Hanneman because the couldn’t top “Reign In Blood”.

12) In a weird coincidence, the album “God Hates Us All” was released on the 11th of September 2001. This was the day of the attack on the World Trade Center.

13) The lyrics of Slayer usually have to do about three major themes, with each member focusing mainly in one. Hanneman in warfare, Araya in serials killers and King in religion. Despite the heavily anti-Christian theme of some songs, Araya says that he believes in a supreme being, an all-loving God and that can’t be changed. 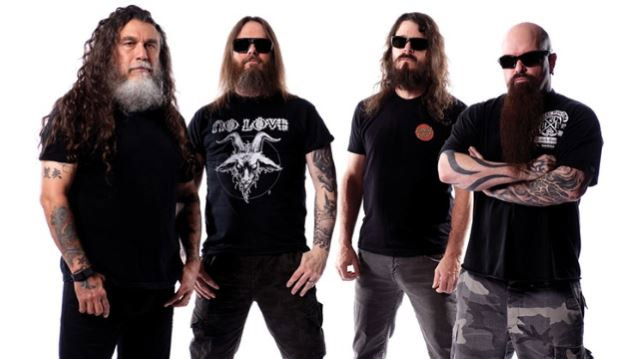 14) King for a period was breeding show dogs during his free time away from the band. Now, he breeds snakes.

16) It is well established that they are influence for countless bands and without them the map of extreme metal would be completely different from what it is today. Among the ones who mention them as a major influence, putting aside the obvious, are some that your mind won’t go there such as System Of A Down, Lacuna Coil and…Weezer! 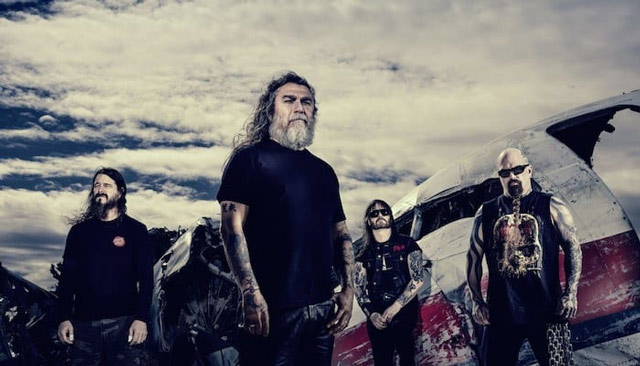