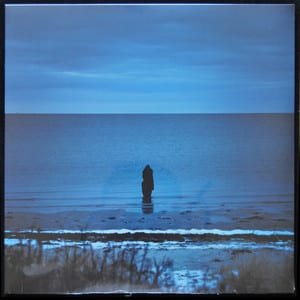 With the first leg of the “Grace for Drowning” tour coming to an end, Mister Wilson decided to release a live album to help finance further touring. The seven tracks of this live album were recorded during October of 2011 and are taken from both solo works of the English man.
The album opener is “No Twilight within the Courts of the Sun” from the first album “Insurgentes” and it sounds even creepier and dynamic than the studio version with Steven Wilson sounding really angry. This track also gives freedom to the musicians to jam and improvise. An excellent track to show the abilities of the band and especially those of the drummer, Marco Minemman, who took the rhythmic approach created by Gavin Harrison and added some complex, as well as jazzy fills.
The abilities of touring keyboardist Adam Holzman are being showcased on the third track, “Deform to Form a Star”, that opens with a beautiful piano solo. Generally, he sticks to the studio version of the songs but he really transports a great feeling throughout the songs. In the song “Sectarian” things get a lot heavier. A great distorted bass from mister Nick Beggs a great solo from Holzman and a strong vocal performance from Wilson.  Also the saxophone of mister Theo Travis makes a loud appearance here as it does in the solo of “No part of me”.
“Veneno Para Las Hadas” is the second track from “Insurgentes”, which is one of the best moments in this live performance. The atmosphere created by the flute, played again by Theo Travis, the drums and the keyboards is really unique and in my opinion better than the studio version.  Lastly the album closes with the center track of “Grace for Drowning”, the 23 minute epic “Raider II” with the middle jam part being a little different from the studio version. This is yet another chance for the band members to showcase their amazing talents delivering a warm feeling throughout this section.
A live album’s purpose is to transport the atmosphere of the concert itself. I don’t know if the album succeeds but if a live performance by this band is close to what we hear in “Catalogue/Preserve/Amass” then if you have the chance to attend a show don’t miss it.
P.S. It is worth mentioning that the album sold from  the personal webpage of Steven Wilson is out of Stock and the only way to buy an album is to buy it at a live show of the band.