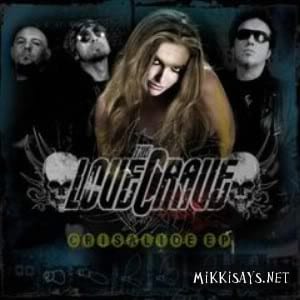 Usually I’m against such releases… New bands decide – after two or three studio albums – to present official demo collections, acoustic versions, remixes, some live footage, featuring songs most of them you can find over their official discography.
The Lovecrave have released their sophomore album this year, “Soul Saliva”, which we recently presented; an album which is very decent, in my opinion. Before the end of 2010, we were handed “Crisalide EP”, a release matching my above mentioned description.
Despite what I feel like about such movements, this EP got my attention. These musicians know how to make their songs different in a way that several different elements can be attached, making the band able to “stand” on many musical “areas”.
Those of you having listened The Lovecrave first two albums and got satisfied, check out “Crisalide”, you will find many interesting things by a band that is not any band.
As a bonus we find the video clip (playable on computers only) of “Thriller” cover, originally by Michael Jackson, which can be found in “Soul Saliva” as well.