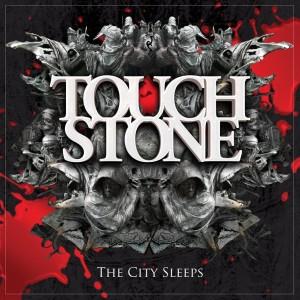 English band TouchStone released their first album in 2006, without causing any particular fuss about it. Their style is really close to progressive metal, with some symphonic parts in their music. Vocals are both male and female, equally divided.
Remarks and conclusions regarding “The City Sleeps” are quite a few. Their third album is giving you the impression it’s another symphonic metal female fronted band. It makes a strong and melodic entrance, emphasizing on the choruses, showing a lot of work over the composing sector. Prog elements add to the sounding of the tracks; this situation is turning upside down though, throughout the album, leading to complete domination of these prog elements. Things became a bit messy at that point, the band seems to be in search of orientation. This is not necessarily bad; all those different elements in the album could probably bind in a better way, musicians though show quality and very good musical ability and the final product is reliable. The fact that “The City Sleeps” can aim at a rather broadened audience is surely among the pros.
I would like to choose ”These Walls” as the best song of the album, a really fine up-tempo song, which could easily get a lot of airplay.
Don’t walk by “The City Sleeps”, it’s a remarkable work, you will find lots of things you have been searching for in there.