Wild Souls has just released its sophomore album “Game of Love” which left us under the best impressions. It’s both hopeful and impressive to be treated with such spectacular records –considering the major setbacks in Greece- in a time and age where the majority of the groups are plainly satisfied with mediocre efforts. Wild Souls is an exception and as the guys say in the interview below…they are here to stay! Interview: Sakis Nikas

Rockpages.gr: You’ve been around for 6 years; would you like to share with us a few things about Wild Souls…? 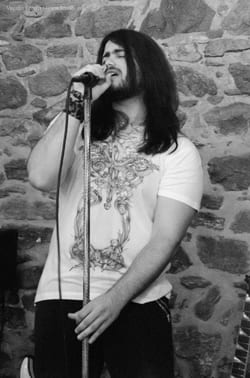 George Nikolaou: It’s quite obvious that we really the 80s hard rock and melodic rock sound but without being totally oblivious to the current elements of music. We formed the band 6 years ago when almost by chance (or maybe fate?) I got to meet Kostis who was seeking for other “hungry” people to start the band that later on became Wild Souls. I still remember his first question: “what’s your favorite band”? When I answered “Whitesnake”, it was clear that we have made a good start as Kostis is a big Whitesnake fan. What really connects all the Wild Souls members is the passion for music and the adrenalin that runs through your veins when you are up on stage and share your music with the crowd.

Rockpages.gr: I believe that “Game of Love” is far better than your debut album which I really liked, by the way. How long did it take to prepare the whole thing?

George Nikolaou: I must admit that this thought crossed my mind lots of times during the recording of the album. As the songs were shaping up it was evident that they were far better than the debut. As a matter of fact we started working on the new album by the end of 2013 as we had a few ideas and we wanted to get down to business. The reason behind this improvement from a songwriting standpoint is probably the better chemistry between me and Kostis. We knew exactly what we wanted and this proved to be crucial to the overall process. All in all, we worked tirelessly on the album for three years in a row and we couldn’t wait to share the music with our fans.

Rockpages.gr: Your keyboard player (Dimitris Mazarakis) departed but he wasn’t replaced. Didn’t you find a suitable replacement or you decided to move forward in a more guitar-oriented direction?

George Nikolaou: I think that one thing led to another as we wanted this time to record a more guitar-oriented album. Having said that, the album would include naturally some keyboards but all in all it would be a heavier album. I must be honest with you, we didn’t try and look for a replacement as the addition of a second guitarist was quite fitting. I think that his ideas, his technique and his overall mentality is a perfect match for Wild Souls. So, that’s what happened!

Rockpages.gr: My first taste with “Game of Love” was with the first video-clip for the song “Dirty Mind”. Why did you pick this song and do you think represents the essence of the whole album?

George Nikolaou: The truth is that it was quite difficult to decide upon which one would be the first video. “Dirty Mind” was chosen because our bassist had this concept on his mind. We liked it; we thought it was interesting and we set the wheels in motion. Apart from all these, the riff was heavier than the rest of the bunch, which made it even more intriguing when we rehearsed it. 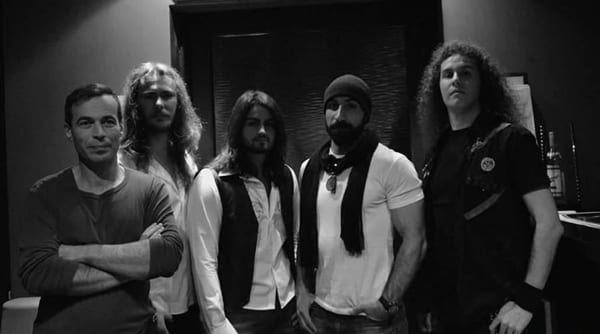 Rockpages.gr: I was absolutely blown away by the second video for the song “Shame on You” which is nothing less than exceptional! Where was it shot and did you manage to beat the trendy guy up that steals the girl from your guitar player? 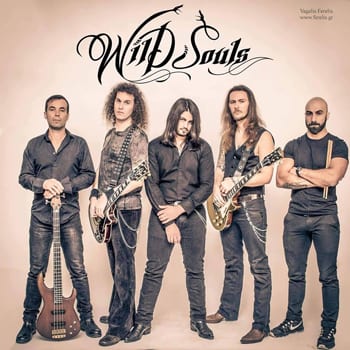 George Nikolaou: : “Shame On You” was far more difficult as a video from a technical point of view. It was such a hard place to reach and the rocks made the whole thing even more dangerous (we fall down a couple of times). Nevertheless, we had a great time and it was fun. The video-clip was shot in the beautiful hometown of Kavala. As for the trendy guy; well, he wanted to get over with this because he wanted to return to his girlfriend! We are really thankful for his contribution although in the storyline the rock guy loses over the trendy guy!

Rockpages.gr: Many people are not aware of the fact that Doug Aldrich played a guitar solo on your debut album. How did the collaboration come up?

George Nikolaou: You are right! There are only a few people that know about our collaboration with Doug and we have only ourselves to blame as we didn’t promote it properly. Now we are more experienced and we are managed by a great manager (thanks, Chris!) so the whole thing has become easier for us. The collaboration came up due to my personal friendship with Doug (which is another, longer story). He was here in Kavala with his side band Steam Roller and we were honored to open the show for them. We returned the favor by letting him play a solo on our first album! This was quite a unique experience for the band and for me personally as Doug Aldrich is my favorite guitarist of all time. Many people are aware of his capabilities as a guitarist. Let me tell you, though, that Dou is also a great and genuine guy! That made the whole process so much easier!

Rockpages.gr: How difficult it is to establish a name and make a career in this time and age…especially for a Greek band? By the way, how’s the whole hard rock scene in the northern part of Greece?

George Nikolaou: Generally speaking it has become very difficult for an up and coming band to curve a career in music. Lots of new and talented bands are trying to make it but unfortunately the demand for this style of music is not as it used to be. Luckily, there are still many fans in Europe who still support the 80s style of hard rock music contrary to the general belief and attitude here in Greece. Having said that, the best way to establish a name is by doing some live shows although here in Greece, due to bureaucracy, it has become increasingly difficult for a businessman to open a venue and give us the opportunity to present our work to the masses. Despite all these difficulties, we are very glad that we have won over many fans and we still enjoy playing music!

Rockpages.gr: Which are the three albums that changed your life?

George Nikolaou: That’s easy. “1987” and “Slip of the Tongue” by Whitesnake plus the self-titled debut by Firehouse. Kostis shares the same point of view and I must say that it was hard not to add a third Whitesnake record in there.

Rockpages.gr: How about your future plans…especially from a touring standpoint?

George Nikolaou: For starters, we want to focus on the promotion of “Game of Love” both in Greece and in the other countries around the world. We have already a few offers to play outside of Greece and we are working on a Greek tour. In the meantime, new song ideas come up and I think that we would write some new songs quite soon.

Rockpages.gr: What’s the big target for Wild Souls in this harsh music industry? In other words, are you here to stay?

George Nikolaou: Right from the very start, what really pushed us forward was our unconditional love for what we were doing and for what we were aiming at. We didn’t start this band in order to become famous or something. We simply wanted to share the music that we had in our heads with other people. Our main goal is to have fun on stage and in the studio and at the same time to raise the level of quality every time we come up with a new song or a new album. The people seem to like what we are doing and support us all the way through. There isn’t a better feeling to see other people singing along to the songs that you wrote! But, let me answer your question…Yes! Wild Souls are here to stay! 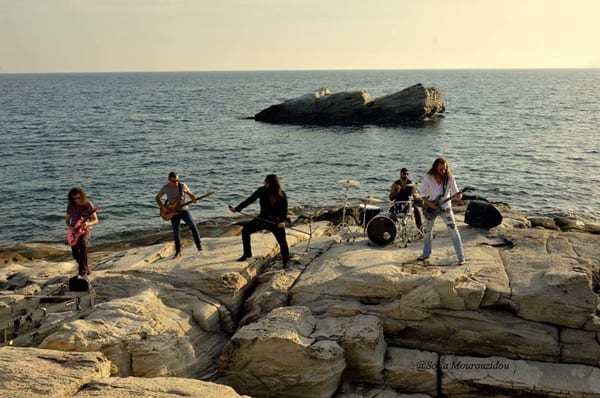