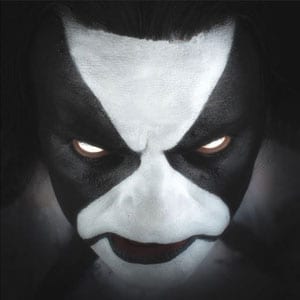 This is an album that it was supposed to be released under the logo of Immortal, but we got unlucky again. It’s hard to understand what is going on with this legendary band. After disbanding for the second time, Olve Eikemo, or Abbath Doom Occulta as we know him, decides to continue with another band in order to release the album that it was planned to be the 9th studio album of Immortal. He chose a new name for his group, despite that his project I is still active. The project that he started before the first reunion of Immortal and released “Between Two Worlds” back in 2006. To do so, he asked for help. On bass we find a veteran of the black metal scene, King (Ov Hell, ex-God Seed, ex-Gorgoroth, ex-Audrey Horne, ex-Sahg) and on drums Kevin Foley of the amazing Benighted (here under the moniker Creature), one of the best drummers around. “Abbath” is another great black metal album by Olve. It may not reach the masterpieces that he recorded in the past, but it will surely satisfy his fans. A total of 8 tracks with total running time of 40 minutes, in which we find mostly mid-tempo music, trademark vocals and excellent atmosphere. Finally, for those that don’t know yet, Abbath are starting a tour to promote the album (unfortunately without Kevin Foley) and they will also play songs from I and of course…Immortal. Simply can’t miss that! To War!