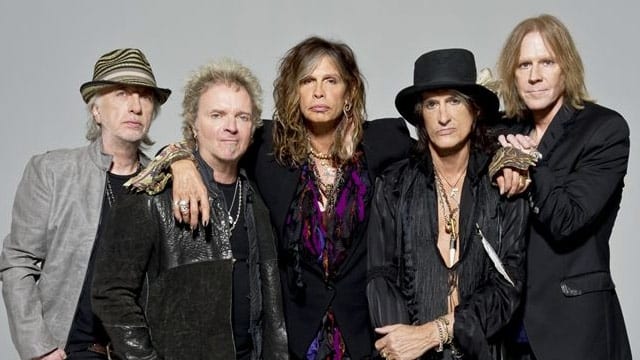 Earlier this year, we learned that Aerosmith decided to put off plans to tour the U.S. in order to spend more time in the studio. In a new interview, guitarist Brad Whitford said that the band recently began tracking a new song while in London during their European tour.
“This song is a musical idea of Joe Perry‘s,” he told Billboard Argentina. “We’re doing it very much like we did songs back when we started out. It’s very rock ‘n roll.”