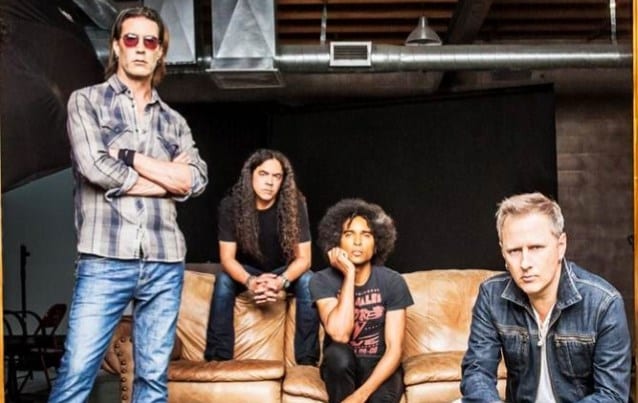 ALICE IN CHAINS is preparing to enter the studio to begin recording its new album for a tentative late 2017 or early 2018 release.
Speaking to Good Celebrity on May 1 at the tenth-anniversary George Lopez Celebrity Golf Classic at Lakeside Country Club in Toluca Lake, California, ALICE IN CHAINS guitarist Jerry Cantrell stated about the band’s plans for the long-awaited follow-up to 2013’s “The Devil Put Dinosaurs Here”: “We are just gearing up to make a record. We’ll be moving up to Seattle in about a month and record the record over the summer out there in the same studio we recorded our third record in. So it’ll be kind of fun — go home, make a Seattle record. Hometown boys in a hometown studio.”