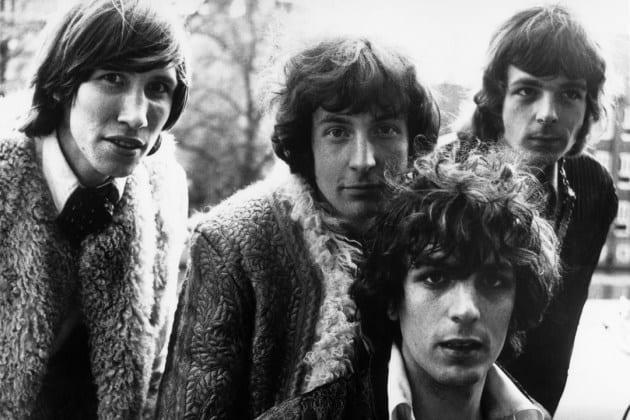 European Pink Floyd fans who entered their local record shop on Friday,Nov. 27, might have noticed a surprise. Without any publicity, the group released 1965 – Their First Recordings, an EP that was limited to 1,000 copies.
The tracks, pressed onto two 7″ singles, are comprised of six previously unreleased songs that they cut with the original lineup that not only included Syd Barrett, but also Rado Klose on guitar and Juliette Gale, Richard Wright‘s wife, on background vocals. Four songs, “Lucy Leave,” “Double O Bo,” “Remember Me” and “Butterfly,” were written by Barrett, while Roger Waters contributed “Walk With Me Sydney.” The sixth was a cover of Slim Harpo’s “I’m a King Bee.