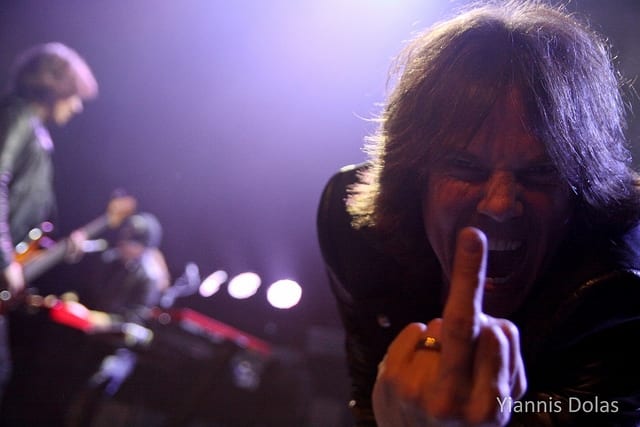 When a line-up includes such illustrious bands as Europe and Black Star Riders then you know beforehand that the result will be guaranteed and the quality level will be nothing less than excellent. Both bands are currently promoting their brand new albums thus it was only natural that they would play lots of new songs.

Actually, in the case of Europe, everyone who follows their career is surely aware of the fact that the Swedish quintet includes many songs from the latter period on their concerts.

Cambridge is a beautiful city full of colleges and universities so it’s no secret that the city revolves around…academic rhythms. But specifically for that night, the two bands would…rock the night of Cambridge as the boys were back in town! Corn Exchange is a beautiful venue that holds around 1000 people but it was not sold out or even packed for that matter.

A new band consisting of three girls called The Amorettes opened the show and for the next 30 minutes was an ideal warm-up band and surely won over many fans with their energetic and well-rehearsed performance. Just to get an idea of what those girls play, just imagine something in between The Donnas, Girlschool and Joan Jett. 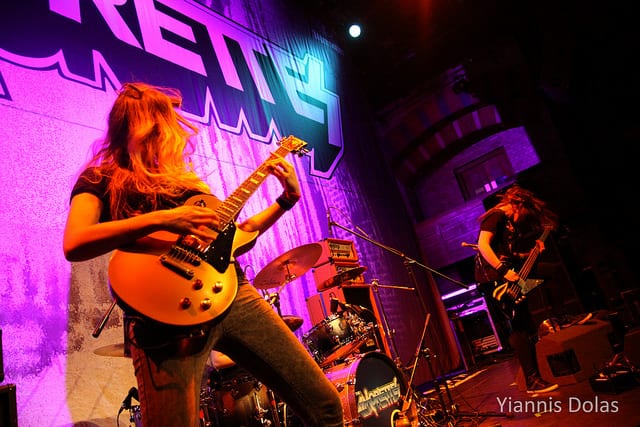 With their second album having just being released Black Star Riders limit the Thin Lizzy songs in their set and focus more on their own original material. What begun quite uneasy as a follow up to Phil Lynott’s legendary band starts to grow and acquire its own identity.
At the start of the show they gather round DeGrasso’s drums like a gang before they begun their full out attack with “Bound For Glory”. They are even better from when we’ve seen them in Athens, a couple of years ago, while the beautiful Corn Exchange is echoing their songs, and of course Lynott’s anthems in between. 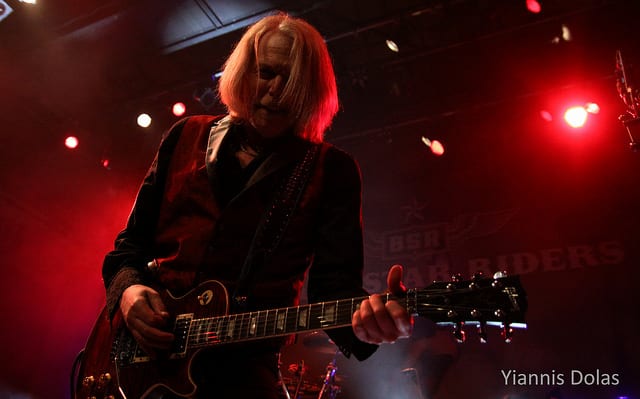 Scott Gorham the connection between the present and the past has a great team of collaborators, an amazing frontman, and a very good second guitarist. These two, except from their live performance they also write the songs. Of course, his guitar couldn’t sound any different than in albums like “Jailbreak”, “Bad Reputation” and “Black Rose”. The crowd had a great time singing along to the Black Star Riders songs, and of course pulling all the stops on the Thin Lizzy ones. And, that’s where the key for this band is: they embrace and honor their roots and past, while they keep play and write music in the same style and atittude like in Thin Lizzy unlike their co-headliners Europe whose new material steers clear from their past, and they sound like two different bands.
Bound for Glory, Jailbreak, Kingdom of the Lost, Charlie I Gotta Go, Hoodoo Voodoo, Soldierstown, Are You Ready, Bloodshot, The Boys Are Back in Town, Through the Motions, All Hell Breaks Loose, Emerald, Finest Hour, Rosalie (Bob Seger), The Killer Instinct,Whiskey in the Jar 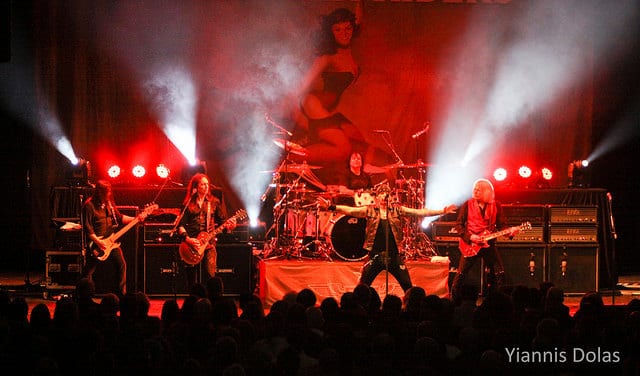 The time has come for Europe and for me personally was the moment that I was mostly expecting as all the albums by the Swedish band are much beloved and exceptional. As we have stated in the very beginning, the set list included many new songs from the latter Europe period and as a matter of fact the new album “War of Kings” monopolized almost half of the set. Truth be told here; we listened to many classic songs from the 80s although we could have been treated with at least 3 additional ones as it was plain obvious that most of the fans were there especially for those timeless 80s tunes. Joey Tempest was an incredible frontman and performer with the rest for the band members shining throughout Europe’s show with John Norum being naturally the stand-out guy…that’s for sure! 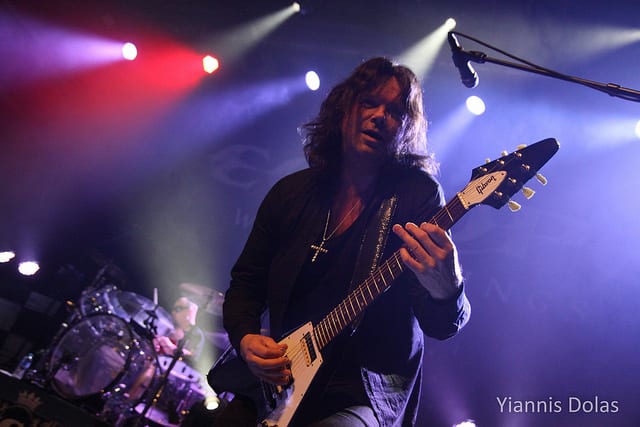 The absolute highlights were “Sign Of The Times”, “Rock The Night”, The Final Countdown”, “Last Look At Eden”, “War of Kings”, “Girl From Lebanon”. 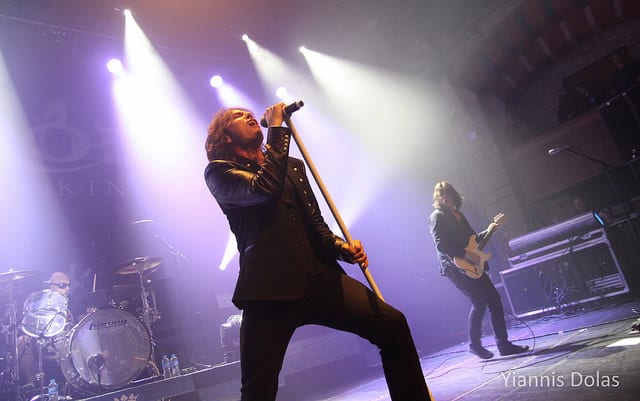 One last note: Europe is not a nostalgic act! It is a bunch of five guys doing what they love most and that adds a lot to their credibility. Their sound might not have a lot in common with the 80s but it comes from the heart and I guess that’s what counts at the end of the day.

War of Kings, Hole in My Pocket, Last Look at Eden, Girl From Lebanon, Superstitious, The Second Day, Scream of Anger, Praise You, Sign of the Times, Riches to Rags, Firebox, Rock the Night, Days of Rock ‘n’ Roll, The Final Countdown
Sakis Nikas – Yiannis Dolas 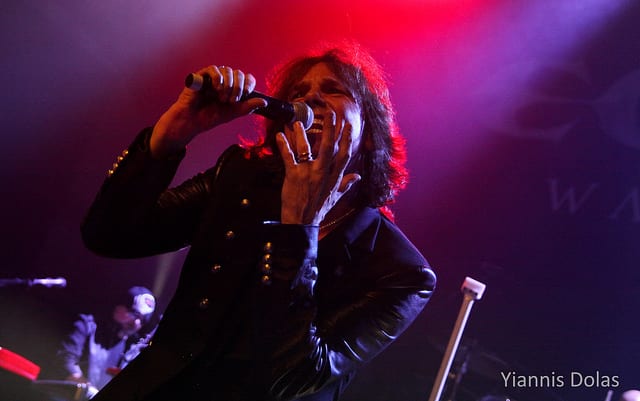