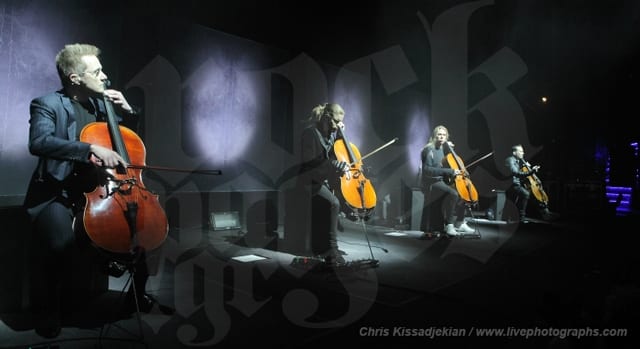 It was back in 1993 when a group of musicians decided to do something out of the ordinary that, in their own words, seemed something just for fun. “Plays Metallica By Four Cellos” was released in 1996 and they didn’t expect that it would make such an impact. Many years after that, they have released eight studio albums, they have gained worldwide fame and have sold over four million copies. The tour for the anniversary of this album brought them to Greece in order to perform in Gazi Music Hall. 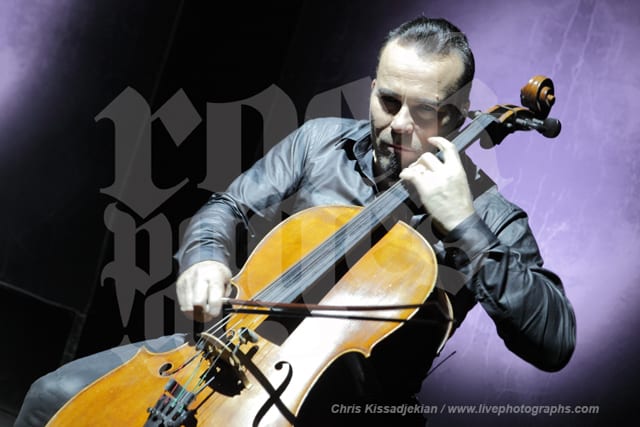 The venue was almost full of people when the four cello players took the stage, sat in their chairs and the first notes of “Enter Sandman” marked the beginning of the show. From left to right we could see Antero Manninen, founding member of the band who joined them as a special guest for this anniversary tour, Perttu Kivilaakso, Eicca Toppinen and Paavo Lotjonen who had a broken leg. Their performance was truly amazing. Their covers on the hymns of Metallica was virtuously orchestrated in order to capture all the emotions and atmosphere of the original songs. But when are a musician of such level, you make the hard thing sound pretty easy. 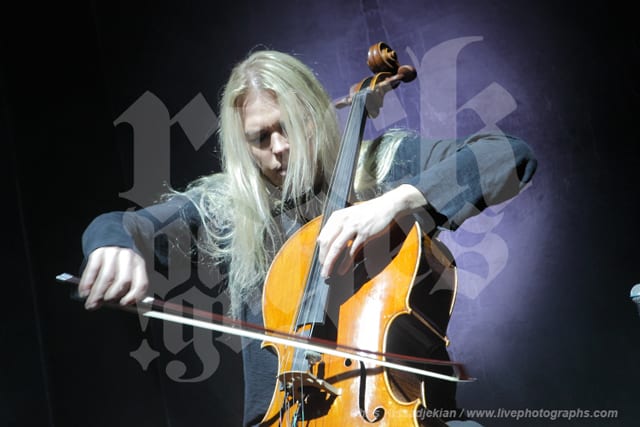 The first fifty minutes flew away without even noticing them and after a short break the second part started with “Fade To Black”. Mikko Siren took his played behind the drum kit, Eicca and Perttu left their chairs and started running up and down the stage while Antero and Paavo kept sitting. From this point forth, the show was getting better and better. I was wondering something before the show. Will the fans participate? After all, it was an all-instrumental set. But this question was answered quite fast, because we were all singing the lyrics of Metallica accompanied with the trademark “yeeeeah” and “ooooh” of our King James. The performance of Apocalyptica was so amazing, that I even saw some people playing…air-cello. Especially in “Seek & Destroy”, “Master Of Puppets”, “For Whom The Bell Tolls” and “Nothing Else Matters” the interaction between band and fans was fantastic. 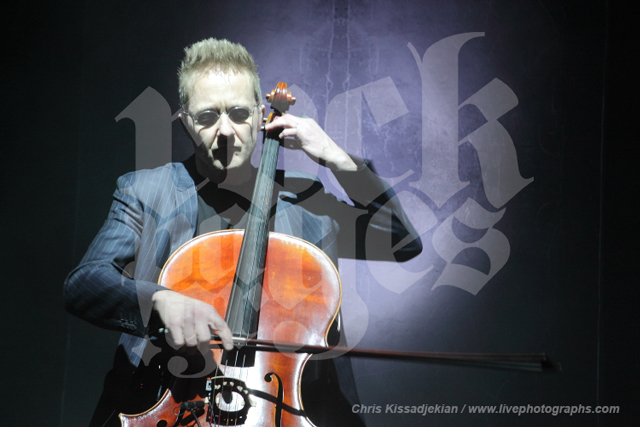 After two hours of music, the show ended and all you could see was happy and smiling faces walking towards the exit. An exceptional night by these super-talented guys from Finland playing songs from the largest band that ever walked this earth. I hope that I will see them perform again soon.

Setlist: Enter Sandman, Master Of Puppets, Harvester Of Sorrow, The Unforgiven, Sad But True, Creeping Death, Wherever I May Roam, Welcome Home (Sanitarium), Fade To Black, For Whom The Bell Tolls, Fight Fire With Fire, Until It Sleeps, Orion, Escape, Battery, Seek & Destroy, Nothing Else Matters, One 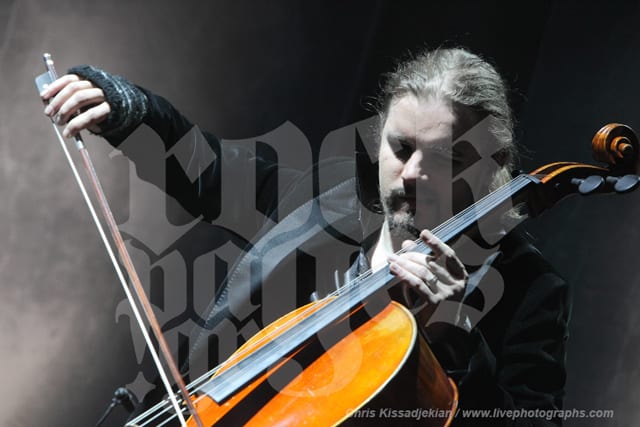