We saw them again two and a half years ago during the same tour, for the same show. So, what? A live concert of Apocalyptica cannot be missed. Especially when they play only covers from the biggest metal band that ever lived in this planet. Do I repeat myself? Maybe, but we experienced an unforgettable night. 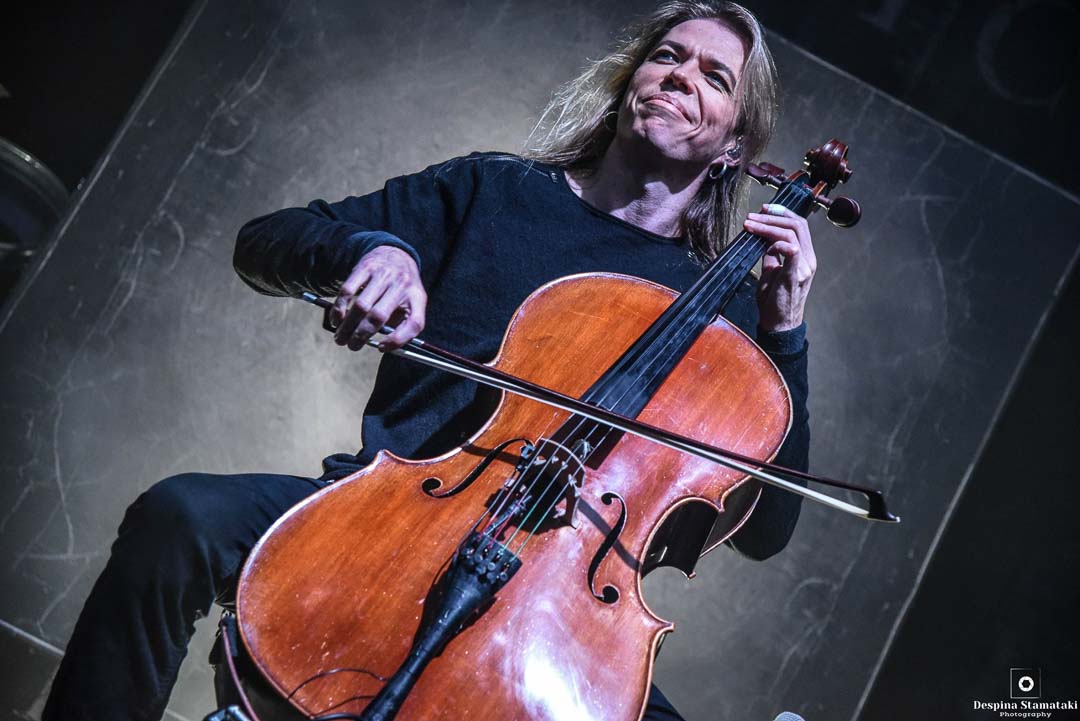 The scenery was familiar to most of the people who attended the show. Apocalyptica are about to end the tour dedicated to the anniversary of the debut album “Plays Metallica By Four Cellos” and they are performing it in its entirety, just like it was recorded, for the first part. During the second one, the drummer joins for all the rest of the Metallica songs they’ve covered (plus two more). The Academy shortly before the start had a lot of fans inside, something that shows the dynamic of this band. Thursday night for something that we’ve seen before recently could hold back a lot of people, but it didn’t. 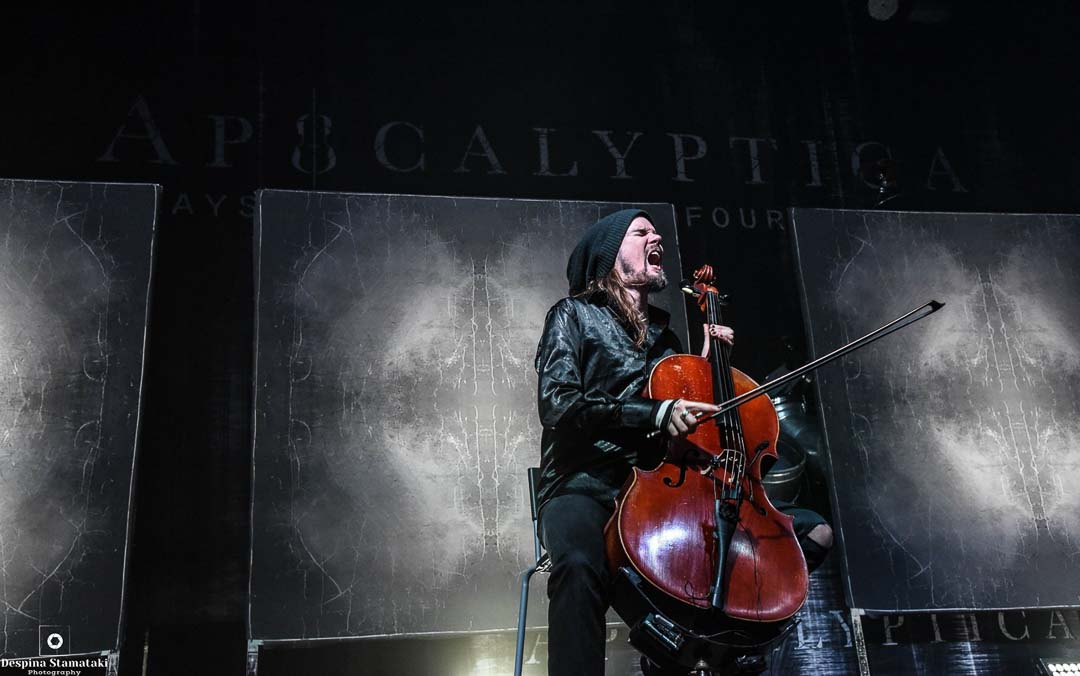 The show was about to start and the four cello players took their places on stage. The founding members Eicca Toppinen and Paavo Lötjönen, Perttu Kivilaakso who is already twenty years with them and Lauri Kankkunen who was…taken from the Helsinki Philharmonic Orchestra for this tour, as the founder Antero Manninen didn’t follow them on the second leg of this tour. During this part, we listened to the eight tracks of the first album, eight very different and unique covers. The fans did their best to help with their voice, as there was no singer, and they did a pretty good job. Top moments were “Master Of Puppets”, “The Unforgiven” and two of my all-time favorites “Wherever I May Roam” and “Welcome Home (Sanitarium)” where the crowd created amazing moments by singing as loud as they could. Especially in the first one, we saw that the right…fiddle stick of Eicca can easily be compared in speed with James’ right hand. It was obvious that they were in a great mood, as there were many times when they left their seats to stir up the audience, even if during the first part they are only seated in order to perform like in a concert of classical music. 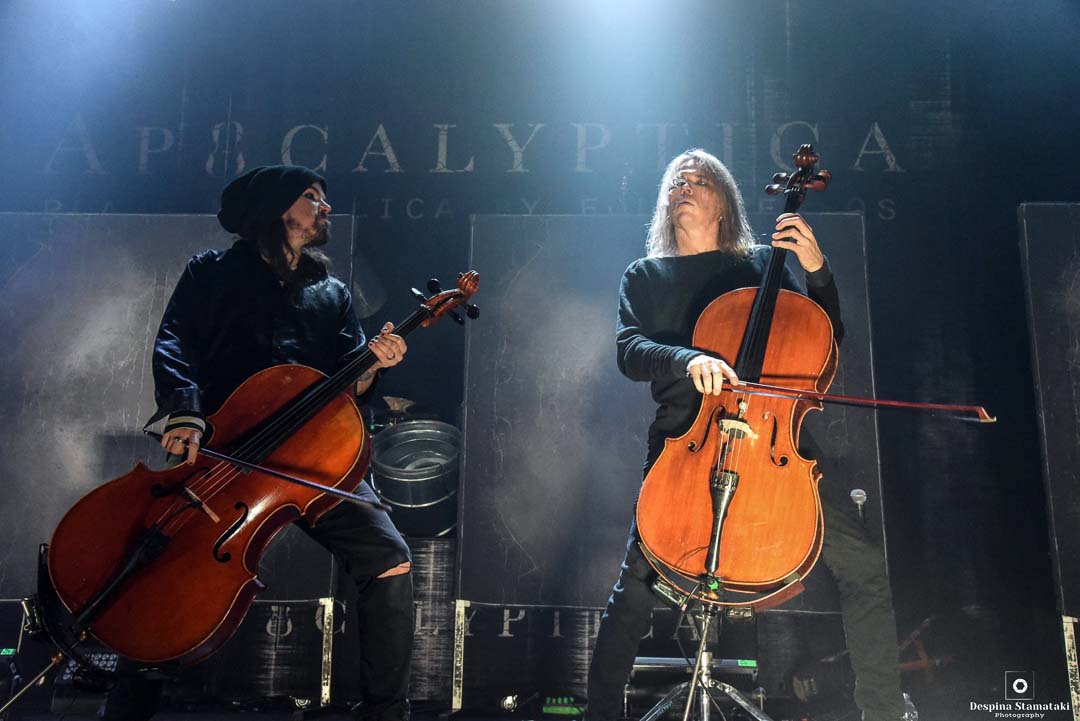 After a small break, the band came back without their chairs. Mikko Siren took his place behind his…peculiar drum kit and the magic continued with “Fade To Black”. The covers of “For Whom The Bell Tolls” and “Battery” were highly electric, the musicians were roaming the stage, they even did headbanging while they were playing. It’s not easy to do any of that while having a cello with you all the time. During the introduction of the band, Perttu took the chance to give a small stand-up comedy show. He told us that he knows everything about Ancient Greece, as he dedicated a lot of time to Assassin’s Creed: Odyssey (I feel you brother, I have 300 hours of gameplay). The performances of the songs were really masterful, even the solos of Kirk could be heard in perfection. Shortly before the end, “Seek & Destroy” with excerpts of “Thunderstruck” and “Ride The Lightning” made the fans go crazy. As for the encore, a truly breathtaking cover of “Nothing Else Matters” and “One” marked the end of the night. It was about two hours after the beginning and we could watch them for another two, easily. 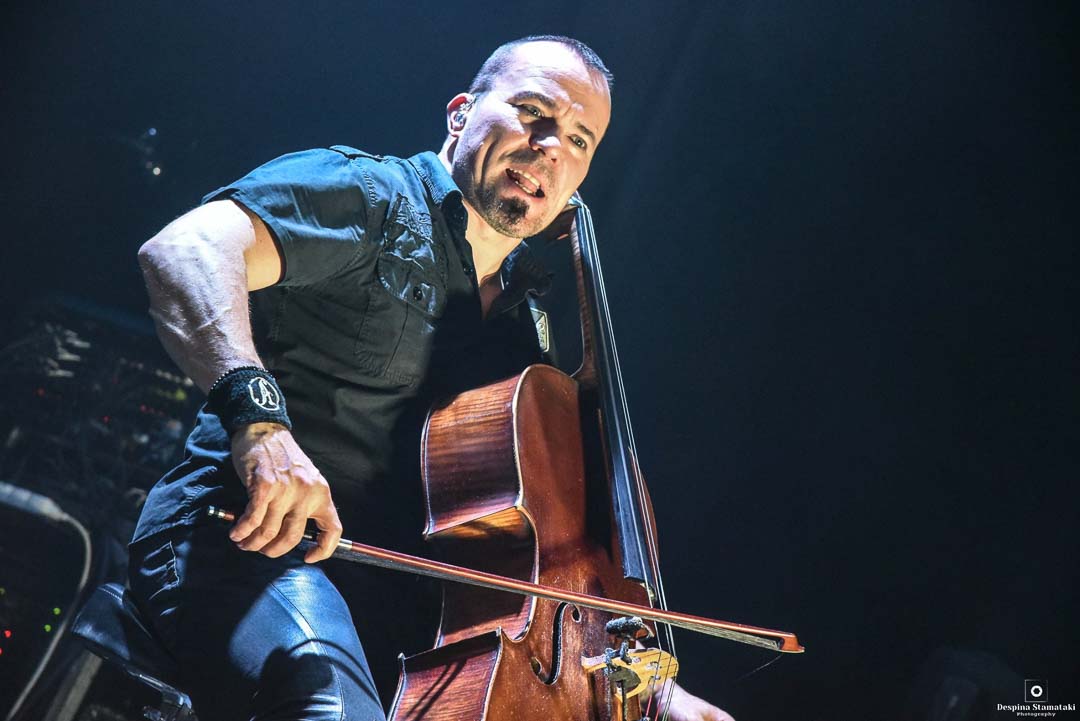 Setlist: (First Part) Enter Sandman, Master Of Puppets, Harvester Of Sorrow, The Unforgiven, Sad But True, Creeping Death, Wherever I May Roam, Welcome Home
(Second Part) Fade To Black, For Whom The Bell Tolls, Fight Fire With Fire, Orion, Escape, Battery, Seek & Destroy (Encore) Nothing Else Matters, One

Exiting the Academy, I saw nothing but smiling faces. Apocalyptica gave us a majestic performance and promised that they will return in their next tour for the promotion of their ninth studio album, “Cell-0”. During this moment, some thoughts came to my mind. In order to cover Metallica with such success, without vocals, without traditional metal instruments and make millions of people to love you, you need three things. Huge audacity, lots of…balls and tons of talent. These guys from Finland have them all. A night of pure magic until the last second. Can’t wait to see them again. 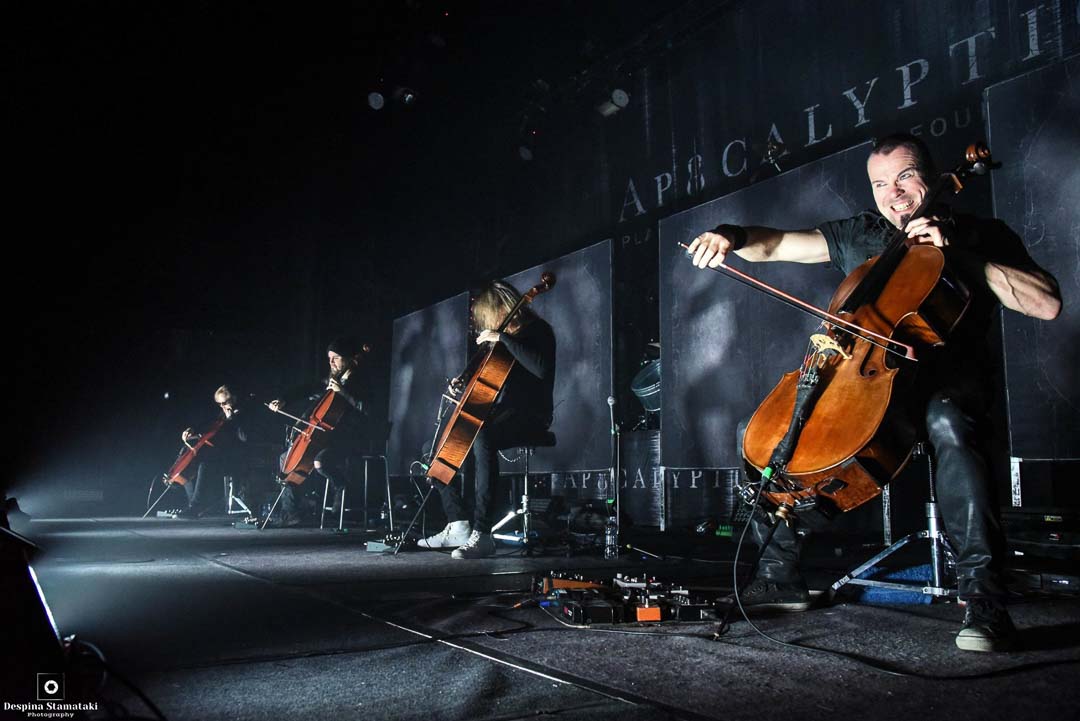