Α couple of hours before Battle Beast tear Bordeline Club down with an amazing show, the band’s singer Noora Louhimo was kind enough to share some of her thoughts about the past, present and (most importantly) the future of the Finnish outfit. We couldn’t ask for a better interview place as the adjacent Crobar provided the ideal musical background. Interview: Sakis Nikas

Rockpages.gr: You played yesterday in Netherlands…how was it? 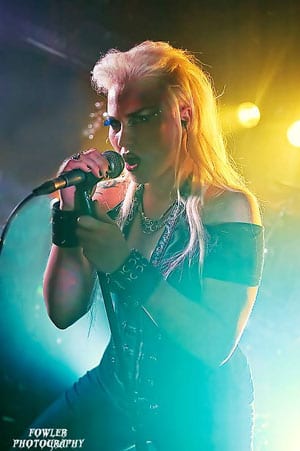 Noora Louhimo: It was pretty good although I felt like the audience was not as enthusiastic as in Spain or in Germany.

Rockpages.gr: Speaking of enthusiastic audiences, what do you remember from your show in Greece almost a year ago?

Noora Louhimo: It was with Sabaton…actually, I don’t remember many things (laughs)! It’s been crazy on this tour. We’ve had only two off dates but I do remember that we had fun in Greece so I guess that it must have been a good show (laughs).

Rockpages.gr: This is your first headlining tour. Does it give you more freedom or maybe it adds more pressure to you?

Noora Louhimo: Of course…both! More responsibilities regarding various aspects of the show…how many tickets will be sold and it’s your priority to entertain the people because you are the main act; we are the band that most of the fans are there to see.

Rockpages.gr: But at the same time you have the luxury of presenting more songs to the audience…
Noora Louhimo: You are right…this is a good feeling because we have the chance to entertain our fans who support us right from the start. This is the most important tour that we have done up to this point in our career.

Rockpages.gr: It’s been a while since the release of your latest album “Unholy Savior”. How do you feel about the album and are you happy with the feedback that you received?

Noora Louhimo: Well, you can always improve of course…we have mixed feeling about it because after the release of “Unholy Savior” we had to let go our previous guitarist and main songwriter Anton Kabanen. It is pretty hard to recall all that we did during the recording of that album because during that time we had issues with him on a personal level. So, as I said, I have mixed feeling about the album. I feel that in the future we will have the opportunity to present to our fans music written from all the band members and I am sure that this is a far better path for Battle Beast than it was in the past.

Rockpages.gr: So it was not only “musical disagreements” as it was stated in the press release but you had also personal differences with Anton…right?

Noora Louhimo: Yes…you see, our drummer and the other guitarist in the band formed Battle Beast together with Anton a few years ago. They were friends but after a while Anton just wanted us to be his backing band and not contribute anything to Battle Beast. He wanted to be the leader. That was very hard…especially for the guys who have been there right from the start and they were friends. So, yes…there were differences on a personal level, too. So, it just didn’t work out and there were two options: either the whole band would break up or one member would leave. 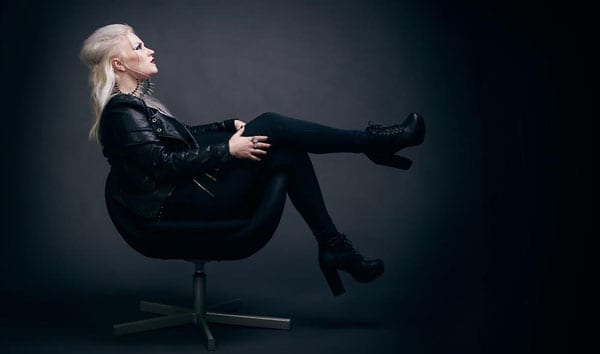 Rockpages.gr: I am sure that you are aware of the fact that every Battle Beast fan in the world is really anxious and worried about the next step of the band…

Rockpages.gr: What’s your message to them? What should they expect?

Noora Louhimo: Our goal is really the same but at the same time I think that it will be a better album because now everybody will contribute to the band. So, every Battle Beast fan should expect nothing less than Battle Beast metal style! We are not gonna change our style drastically but of course now that there will be more songwriters, it’s gonna be different…no doubt about it. I am very proud of our band and it’s a good thing that more people in Battle Beast are happier now. I don’t know what the result will be but all I can promise you is that we are gonna do the best we can. 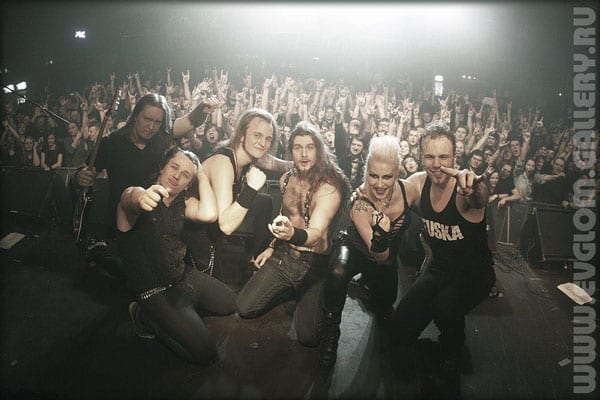 Rockpages.gr: Battle Beast plays traditional heavy metal enriched with various symphonic and why not 80s pop elements. How are things in Finland in regards with that style of music?

Rockpages.gr: Speaking of the 80s, which are some of your favorite albums?

Noora Louhimo: I can’t say albums because I like tons of them but…I love Iron Maiden! One of my all-time favorite songs is “Two Minutes To Midnight”. I am sure that in the next album you will get to listen songs influenced by Iron Maiden and othe 80s heavy metal bands.

Rockpages.gr: Do you have a favorite female heavy metal singer? 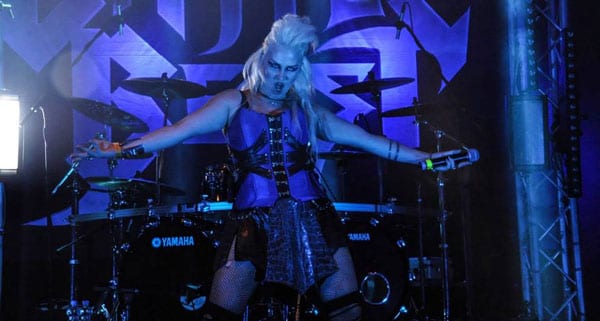