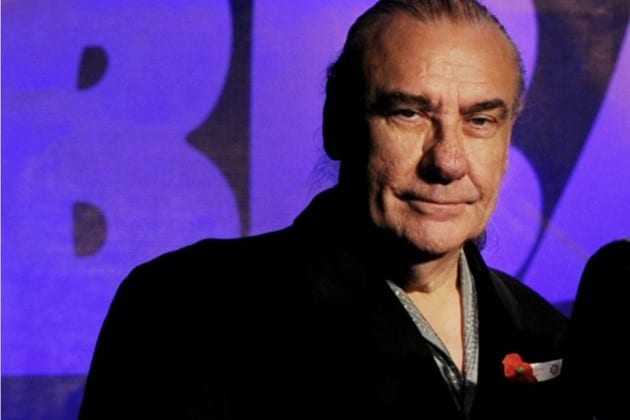 Although Black Sabbath played its last-ever show six months ago, founding drummer Bill Ward is continuing to defend himself against accusations made by Ozzy Osbourne and Tony Iommi five years ago. Last night, he wrote a lengthy, angry retort in which he also expressed regret at losing the friendship of his former band mates.
“Tony Iommi’s comments and some of Ozzy’s, remain in a place of disparaging remarks, which bring fault to my character as a person and a musician,” he wrote on Facebook. “I completely disagree with their comments. What they believe is quite opposite from my experience, especially in 2011 when no one spoke to me of being alarmed by my playing or my health.”
In Nov. 2011, the original foursome of Black Sabbath announced that they would reunite for an album and tour. However, after initial rehearsals for 13, they parted ways. Ward claimed that it was because he was unhappy with the contract he was given, while Osbourne and Iommi repeatedly said that Ward wasn’t physically up to the demands of an album and tour. Ward is still upset by their accusations.
“How can I be judged that I could not do a tour when we were working on an album,” he continued. “How can I be judged in 2011 on health issues when none existed that would endanger a long term tour. They all know very clearly how well I prepare to tour. I did not know I was being judged in 2011, if that is indeed their truth.”
He took particular exception to Iommi saying that Ward didn’t realize “how hard it would have been on him.” Ward shot back with, “How can Tony say that. I know what it takes to tour. I’ve helped to set the physical and playing bar that was metal then and today. What an undermining, self-centered thing for Tony to say. What an inaccurate thing for Tony to say.” Ward then recalled how Sabbath had previously toured with back-up drummers in case he wasn’t up to the task, but they were never used.
Ward recalled a phone conversation with Osbourne in early-2012 in which Osbourne asked when Ward would be able to begin rehearsals. “Why would he say that if my performance level of 2011 had already been judged.”
He concluded with, “I regret the loss of Ozzy’s friendship. I regret the loss of Tony’s friendship. … I’m honoured to have been a part of Black Sabbath, and to have played with Tony Iommi, Ozzy Osbourne, and Geezer Butler.”