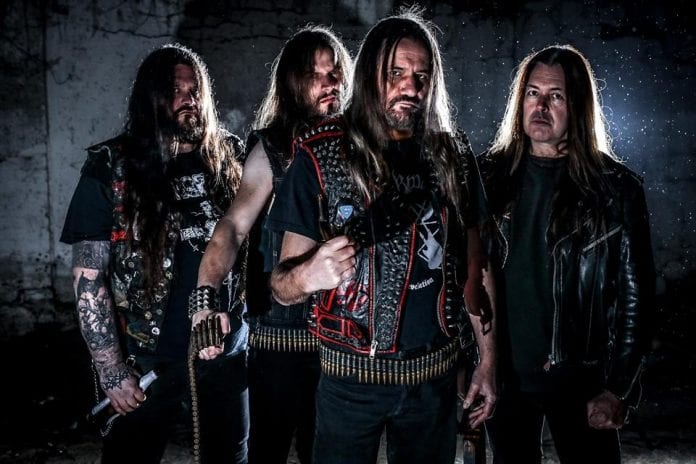 While rumours are still flying thick and fast in the Tom Angelripper has already announced the new line-up of his band Sodom: Husky (Asphyx, Desaster is set to man the drum kit, Frank Blackfire (ex-Sodom, ex- Kreator, Blackfire, Assassin) and Yorck Segatz (Beyondition) have been enlisted on guitars. Sodom have already released seminal albums such as Persecution Mania, the live cut Mortal Way Of Live and the highly successful Agent Orange with Frank Blackfire. As he had hinted at the beginning of the year, Tom has opted for a line-up featuring two guitarists, an absolute novelty for Sodom. “Two guitarists allow us much more possibilities live, so we will be able to play tracks in future that we weren’t able to perform as a trio,” the Sodom vocalist/bassist explains his motives. In line with these new possibilities, the thrash act has already started to put together a setlist for the upcoming shows with all important classics as well as rare numbers that had never or only rarely been heard at their gigs. Says Tom: “I can promise that we will really let it rip in future.”