It’s absolutely mind blowing how time flies when you are eagerly awaiting for a specific day; a specific moment…an experience that will last forever and remember for the rest of your life! I still remember that it was November when we made all the necessary arrangements for the trip in Bulgaria in order to witness yet another Bon Jovi concert. Up came May, the 13th and we found ourselves at the Eleftherios Venizelos Airport where we met the boys and girls of the Bon Jovi Greece Fan Club.

We arrived at the freezing cold Sofia a couple of hours before midnight and we checked in at our hotel in the centre of the city. 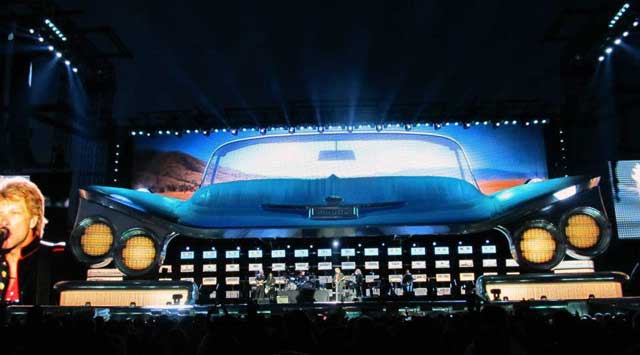 The National Levski Stadium is located at the centre of Sofia amidst a huge park and I must say that it seems like a representative architectural sample of the Communistic past of Bulgaria. Around 5 o’ clock we entered the stadium and found our way on the “Front of The Stage” section in the front and left of stage. The huge stage was really a big, vintage American car of the 50s (actually its front part). Later on, Jon Bon Jovi would give it the name of “Sofia” in honor of the city (and its crazy fans that brought in mind memories of the Greek audience during the 90s when we were hungrier for concerts).

As the crowd was slowly but steadily filling up the stadium (when Bon Jovi hit the stage the place was absolutely packed), the Bulgarian band D2 warmed us up with their “White Stripes meets Nickelback” rock and I have to admit that they did a hell of a great job! They seemed to be pretty popular in the Bulgarian territory and from what I learned they count more than 20 years in the music scene. Not bad at all!

At 8:45 the lights went out and after a small intro, the first notes of “That’s What The Water Made Me” rushed through the speakers. All eyes turned instantly to Jon who is clearly in high spirits and as time pass by he is obviously having a great time on stage. The fact that he was playing for the very first time in Bulgaria combined with Jon’s effort to work even harder on stage due to Richie Sambora’s absence surely played a major role. The almost impossible task to fill Richie’s gap was handled by our very own Greek-originated guitarist Phil X who partially succeeded in his mission. He is definitely a good guitarist with a satisfactory voice that unfortunately wasn’t up to par when Jon needed him. Maybe, I am being too harsh on him because he did try…after all, we have gotten so much used to Richie’s voice and solos…so, who can really blame him? 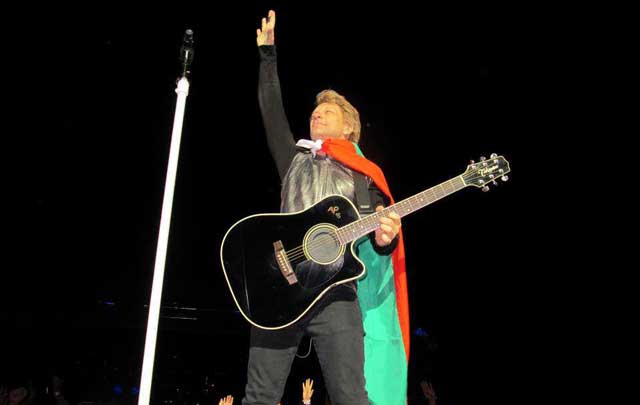 Tico Torres and especially David Bryan were absolutely on fire that night! Everyone knows what those guys are capable of but in Sofia they surely surpassed even the highest expectation! Hugh McDonald was…well, he was the typical Hugh McDonald. As for the guy who is occupying the spot on the left side of the stage…all I have to say is that he must find another band to play with. He is not suitable to be a part of the Bon Jovi show. He might be a good guitarist but not for Bon Jovi. This is my humble opinion.

Jon was both sensational and sentimental! After 100 minutes on stage he almost completely lost his voice due to an allergy that got worse due to the air in Levski Stadium thus resulting to a difficult performance during “Who Says You Can’t Go Home” and David Bryan’s filling the lead vocal spot during “In These Arms” (after all, they both composed the song more than 20 years ago). Jon returned on stage for “Livin’ On A Prayer” (where the crowd almost sang the entire song) and Bon Jovi closed the show with a monumental version of “Wanted Dead or Alive” where Jon gave everything that he go against all the difficulties! Jon exited the stage, clearly disappointed and almost in tears, due to the fact that he couldn’t deliver the goods. He left without saying a proper goodbye but he kept saying “I’m sorry” and apologizing for the whole thing…a great person, indeed!

Bon Jovi played for 2 hours leaving out “I’ll Sleep When I’m Dead”, “Bad Medicine”, “Have A Nice Day” and probably “Always” and “These Days”. Next time… 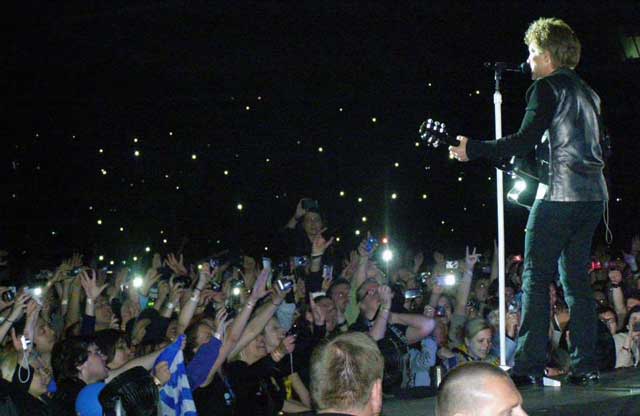 As a closing note, I’d like to underline that, after the Sofia “incident” with the vocal problems; I respected even more Jon as a human being in regards with how he handled the whole thing. He could have easily covered it…trust me, many singers have done that quite successfully in the past. He chose the hard road. Also, I must congratulate David Bryan who carried the band on his shoulders when things got tough. I wish I could say the same for the two guitarists…

A big “thank you” should go out to the greatest and most organized fan club in Greece, Bon Jovi Greece. Without the immeasurable help of certain people and especially the great company of almost 20 people, nothing would be the same. Stay safe, guys…see you somewhere down the road! 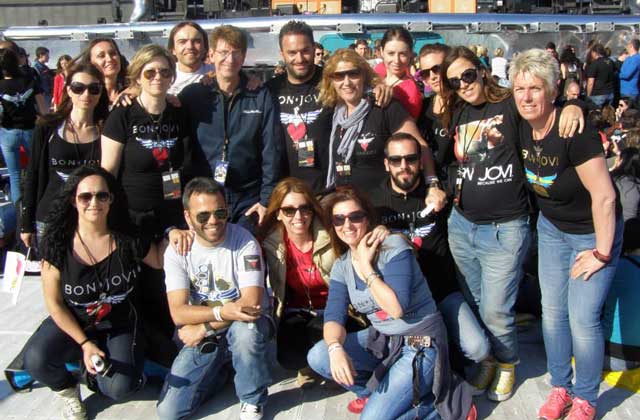