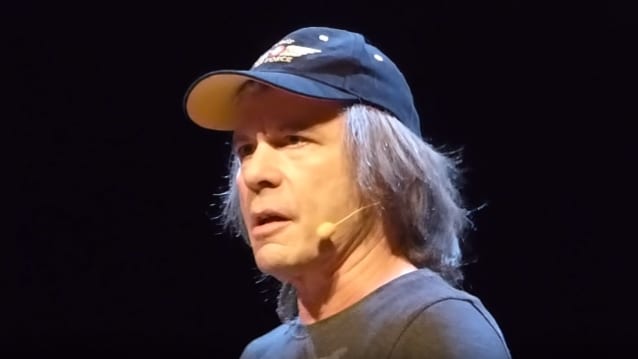 Speaking with France-based L’Obs, Iron Maiden frontman Bruce Dickinson opened up on his decision to support Brexit, the UK’s controversial plan to leave the European Union planned for March 2019. Brexit was given the go-ahead in a vote in favour 52% to 48%.
Dickinson: “There’s a lot of nonsense and scare stories being made up by… both sides, actually, which I think is pretty immature. I believe it will ultimately enable us to be more flexible, and I think that people in Europe will get an advantage from that. What you have at the moment is effectively the European Union obviously not doing a very good job satisfying the democracies of Europe. A lot of people – not just Brexit, but all kinds of other people, whether it’s the Italians or the Greeks or the Hungarians or the Catalans, or whoever it is – are all having big populist movements. It’s because their needs, their democractic needs, are not being addressed by Brussels. The right people to address the needs is the democratically elected leaders.”