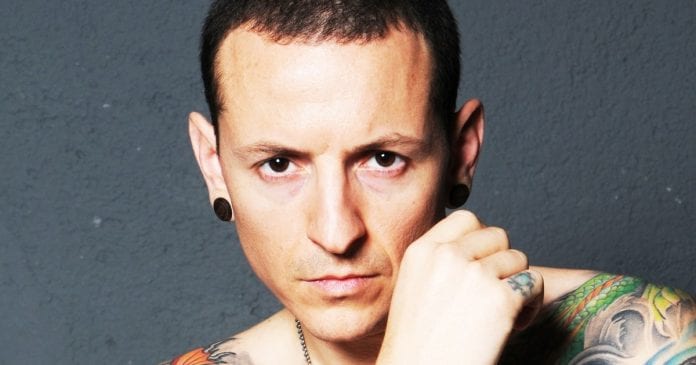 According to TMZ, Chester Bennington’s autopsy shows that he had alcohol in his system at the time of his death. The toxicology results also reveal that the LINKIN PARK singer’s blood tested “presumptive positive” for MDMA, otherwise known as ecstasy, based on ELISA, an antibody-based test. However, according to USA Today, a mass-spectrometer test, which is used to find specific drugs and quantify the exact amounts found, failed to detect the drug in the urine sample, where drugs remain for a longer period of time. Therefore, the ultimate conclusion was Chester was not under the influence of drugs when he died. Authorities found a prescription bottle of Zolpidem, which is used to treat insomnia, on his dresser. There was also a pint glass of Corona, which was less than half full, and an empty bottle of Stella Artois.
Chester’s wife Talinda told the police that Bennington had been prescribed anti-depressants in the past, but had not taken them for more than a year.