BJ is the third singer to appear on a DangerAngel album (there was another one, but didn’t record officialy with the band) and took up the task to inform us about the band’s new album, how he decided to take over the mic, the way of work living away of his bandmates and his cherished opinion about them (ed, keep your Greek dictionary handy). He knew the band from the past and he have already played a show with them in Greece, while he is getting ready for another one. Finally, he shares his opinion as a fan on something that concerns every respectable Journey maniac! Interview: Yiannis Dolas

Rockpages.gr: How did you decide to become the lead singer for DangerAngel? 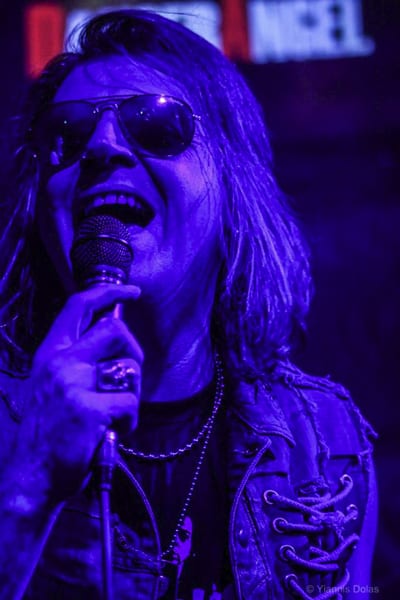 BJ: It was in 2014, when Jeff suggested that I should record the new material of the band…. I knew that Minas had left the band, and I already had a good friendship with the boys in the band since 2013 when DangerAngel was touring with JSS band.  So, they asked me to come to Athens somewhere about when I was playing with Talisman on Sweden Rock Festival, and I spent a week in Greece recording new material and a video for the first single….. it was fast haha!

Rockpages.gr: Which were your favourite songs from “Revolutia”?

BJ: I like very much the whole album, but I think “Not an angel” and “Falling” are my favorites.

Rockpages.gr: What do you think of the bands evolution musically and sonically from the first album up to now?

BJ: All I have heard from the first album means a different band to me… It’s all more primitive that what it is now… It doesn’t have the same identity, so taking it from “Revolutia” and forward to today, that’s when that identity started to take shape and it evolved into what it is now. 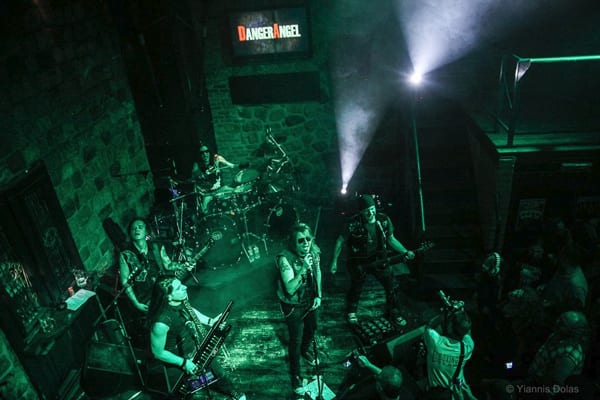 Rockpages.gr: You are the 4th singer in the band, do you think you might be also the last?
BJ: Really? I thought it was only 2 before me haha I think so, but is not only about me, you should ask the boys! haha… In any case, such things happen it’s not unheard of and it really doesn’t matter if it fits in the general plan of what you want to do. There comes a point where you know you’re good and you don’t need to change things anymore… I think this point is now… For my part I’m happy things turned out this way and I think it’s so much fitting to what the boys wanted to do in the first place.

Rockpages.gr: How is working with a band living abroad?
BJ: Nowadays it is not so hard…. I recorded the album here in Brazil… the technology gives you this facility, so, when we need a meeting, we can do Skype, when we have a tour I can meet the guys after a 12-hour flight…. If you plan these things you can work it out. It’s the same with my other band SOTO, we have 2 Brazilians, 2 Americans and a Spanish guy in the band.

Rockpages.gr: You’ve worked for several bands and projects what do you bring to the band that it didn’t have before?

BJ: I think each experience is different than the other…. We change ourselves every day, personally and professionally…. We always have something new, I think this album is really good, and I sung as I felt at the time…. I just bring myself 😉 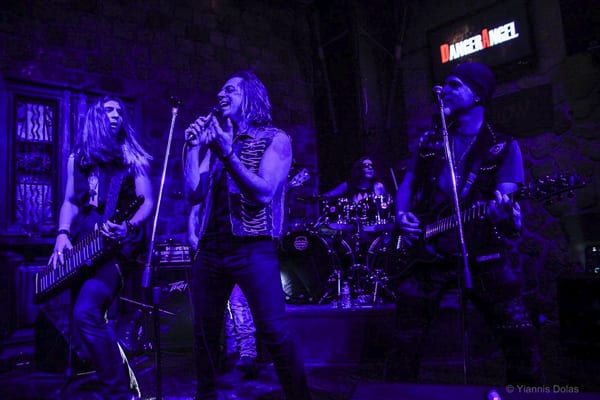 Rockpages.gr: Comparing “Horses…” to “Revolutia” the new album sounds more complex and dense. Was this intentional, or natural?

BJ: Everything we do is a combination of spontaneous and intentional… I mean we know what we want to do and we know how to do it… when it comes out of our heads it’s been done in a spontaneous way but we surely know what we want. So, the guys had a plan to what they wanted to do after “Revolutia” and that plan led to “All The King’s Horses”… The music comes out of the heart but it fits a pattern and a plan…

Rockpages.gr: Listening to the album again, do you think that there is stuff you could make better, or even different?

BJ: Always! Like i said, we are changing every day…. and I always think that I could have sung better after I record an album… I think this is good, makes me a better musician, we can’t stop learning; we need to be better and better.

Rockpages.gr: Ethan says that there are also new ideas and stuff written for the next one, do you have anything to tell us about it?

BJ: Ethan always has new ideas… haha… can’t keep up with him… But yes, he has sent some stuff over the past few weeks and when I’m in Athens we will start working on them see where they take us… 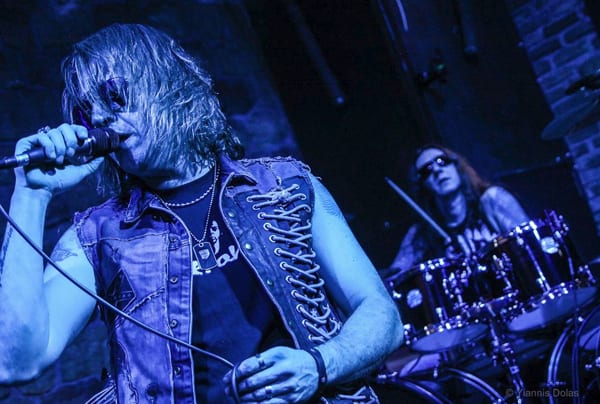 Rockpages.gr: You will spend some time in Athens playing shows and shooting a video. Which song are you going to give the music video treatment?

BJ: I don’t know if I can say… better leave it as a surprise but it will definitely be out of the All the King’s Horses album haha! Maybe not what people expect… it’s all I can say at the moment…

Rockpages.gr: Describe us in a few words your new band mates: Ethan, Rudy, Tony and George?

BJ: They are MALAKAS!! 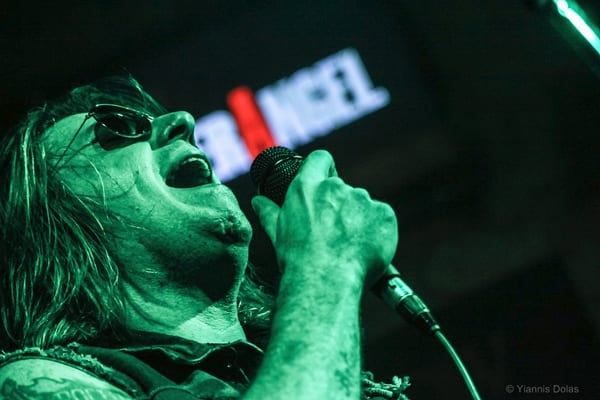 Rockpages.gr: What is the unique element that DangerAngel has and no other band?

BJ: I really think that the band is modern, heavy and melodic….. and the most important, DangerAngel has an identity! That’s why I think DangerAngel is a really different band to the new bands out there.

Rockpages.gr: Being a special guest, touring musician and basically a Swiss army knife in music, what are the most important lessons you’ve learned?

BJ: Work hard! Always work hard! It’s the only way to go… Do things, learn things, and put those new things in what you do…

Rockpages.gr: Being a Journey fan what is your favourite album? When did you get the tattoo on your arm and…Do you think there will be a reunion with Steve Perry ever?

BJ: It’s really hard to give you an answer about this! I can’t pick a favorite album, it’s impossible! haha I love everything that Perry does! He’s the best melodic singer ever! I think i did my tattoo in 2004, but I’m not sure…. About a Journey reunion I think it is really unlikely but you never know…. 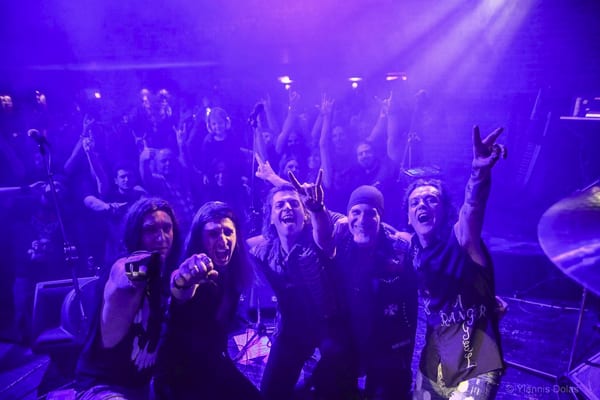