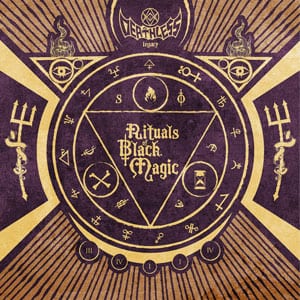 Νeighbors from Italy, Deathless Legacy, hopefully come to their fourth album and in quite a short time. Without having an opinion on their previous work, and listening to the album for the first time, I came to some conclusions. This is horror themed metal music, including some power metal forms and symphonic parts (because of the keys) , as well as parts that Evanescence would envy (the Vigor Mortis chorus for example). Most important is that the whole effort is based on guitars and Steva’s impressive rock voice, rather than the keys and a more pop approach. The big umbrella called heavy metal, I believe that completely covers the sound of the band. The production is good, and beyond “Vigor Mortis”, several songs give the band’s stigma. The album’s homonymous track, the fast “Bloodbath”, the theatrical “Haruspex” and the doomy “Dominus Inferi”. The latter is the one with which they achieve exactly the horror atmosphere they wish to, compared to the rest of the album’s songs, and lasts 8 minutes.

Deathless Legacy are doing well (if you check on YouTube you’ll see the importance that they give to the visual part and live performances), they possess talent and passion, so maybe one day with hard work they can reach great success!