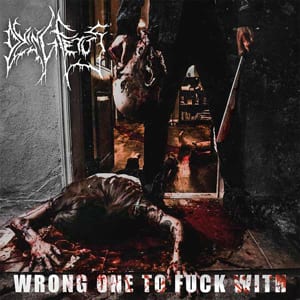 Well, this awesome band from Baltimore doesn’t need introduction. If you are an extreme metal fan, you know them. If you are not, you have most probably know their name from somewhere. After five years of waiting, they return with their eighth full-length album and things couldn’t possibly be better.

For once more time they managed to record a brutal album. It’s amazing how they manage to produce this massive, bulldozer-like sound. Not only in studio, in there can anyone do whatever he wants, but their quality is shown on stage and how easily they perform their music. The mixture of their success hasn’t changed at all. Brutal death metal, necessary grindcore influences, groove (in a good way) and of course excellent technical parts that don’t fuck up the songs. The musicians are in a great shape. The fact that this is the line-up that’s been together for the longest time since the beginning of the band, it surely helps them a lot. After all, they suffered from many member changes so it’s probably the time to get some stability on that.

From the moment that I first listened to it, it hasn’t been a day that this album tortures (in a good way again) my ears at least twice per day. Dying Fetus tells us that it’s not wise to mess up with them and truly there are a few bands in their music style that can catch up to them. As they say in the title track of the album: “Bitten of more than you could chew, trying to impress with your primacy, can’t match a level that intense”. Simple as that.

Trivia: The band’s logo reappeared last year in “Induce Terror” singe, after being used a few times. Only in their demos and the “Grotesque Impalement” EP. And for those about to gore, check out the sick video of “Die With Integrity”.