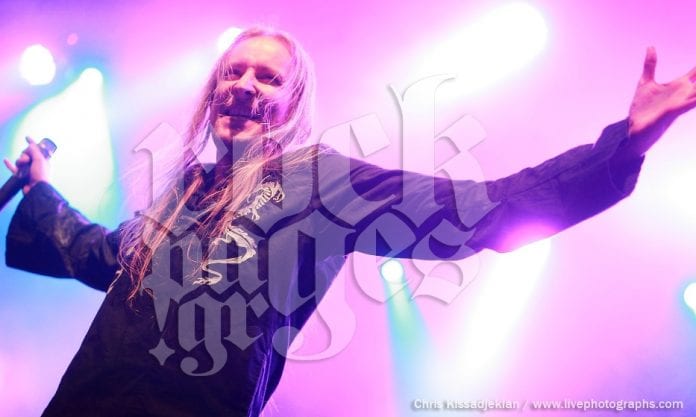 From the moment of the announcement of this concert, only one thing came to my mind: this simply can’t be missed. Not only because Wintersun released an amazing album this year, “The Forest Seasons”, but also because they have written excellent music and I was expecting to watch them live for years now.

I arrived outside the venue just a few minutes before the Italians Black Therapy were supposed to begin their set, only to find out that the doors haven’t opened yet. The delay was even longer, as they finally opened one and a half hour after they scheduled time. We heard some rumors about why this happened, the most common was that the bands were involved in a car crash. 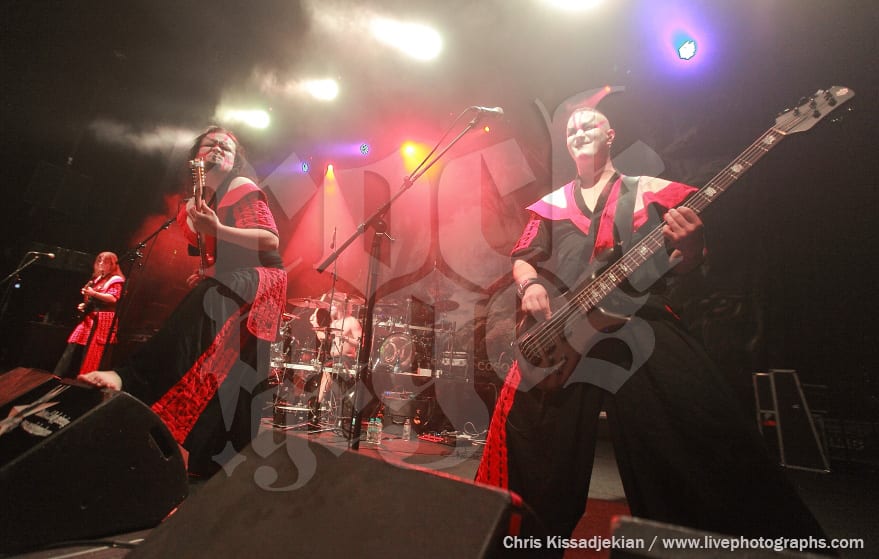 Entering the venue, I saw that the band on stage was not Black Therapy. This was due to the delay, same thing that happened to Whispered who played half their set. Bad news for the support bands, but it was logical because otherwise the night would have ended in a difficult hour considering that a working day was next. The band from Finland tried to win the fans who were gathered in front of the stage. They put Japanese folk melodies in their melodic death metal style, the lyrics refer to the land of the rising sun and they dress as samurais while performing. An interesting and peculiar mixture of influences, that in their studio albums didn’t impress me so I was waiting to see what they could do on stage. Unfortunately, the sound was terrible so I can’t express an objective opinion. Something that made me anxious about the sound of the headliners. 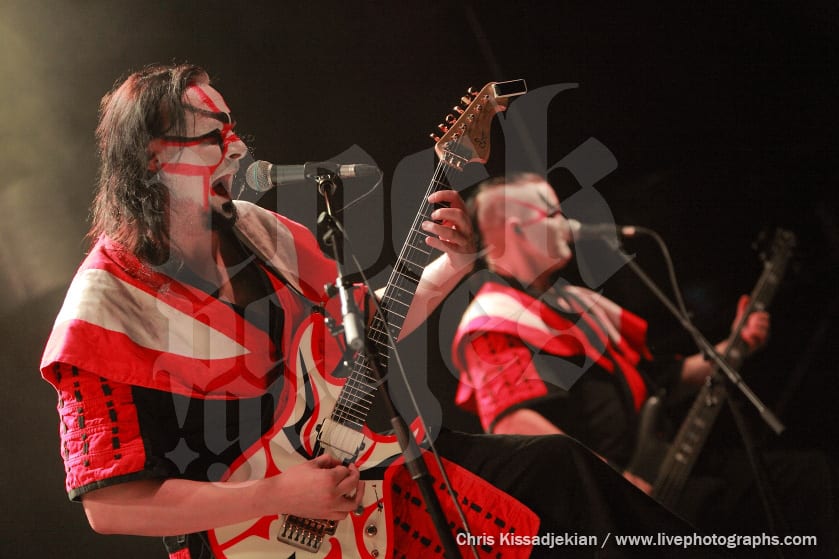 Thankfully, when the first notes of “Awaken From The Dark Slumber (Spring)” filled the air, it was like someone put the cd on the speakers. Wintersun took the stage and gave a performance that words aren’t enough to describe. An amazing Teemu Mantysaari on guitar, a steady as a rock Jukka Koskinen on bass and two new members that played with such passion and professionalism that you thought they are in the band for some years now. Rolf Pilve (Stratovarius) on drums replaced Kai Hahto who is touring with Nightwish while Asim Searah did a great job playing his guitar parts as their leader, Jari Maenpaa, decided to focus only on vocals. Jar of course was handling perfectly both clean and harsh vocals (all the other guys did backing vocals) and was in an amazing mood. When he wasn’t singing he kept teasing his bandmates. At some point he took the bananas that Rolf had next to his drum kit and started hitting the cymbals with them. 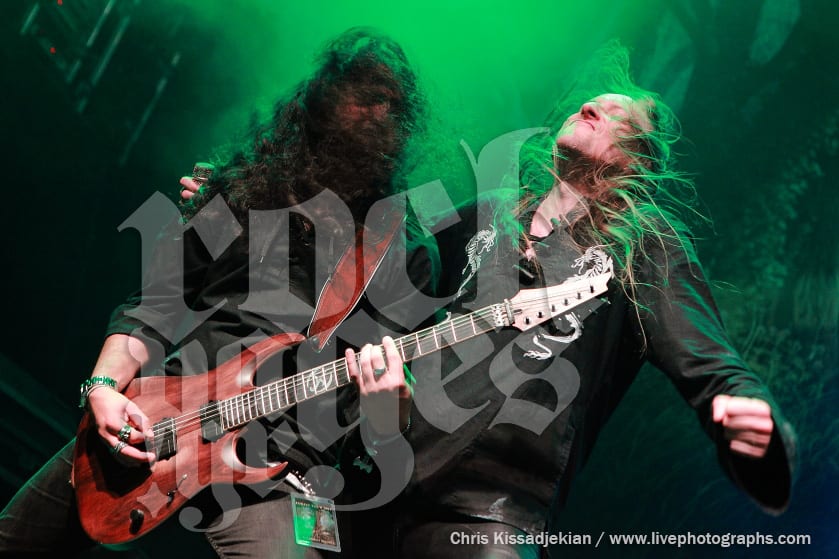 Overall, their performance was fantastic. The fans, not so many to fill the big space of the venue, were responding ideally and there wasn’t a song that they didn’t participate with their voice. Especially in the magnificent and personal favorite “Death And The Healing” the reactions were as loud as they could get and something similar happened to “Sons Of Winter And Stars”. If this concert took place in a smaller venue, the fans would have created an amazing atmosphere. Not that Wintersun deserve a smaller space, they should play in arenas with such good music, but this is a total different subject for discussion. 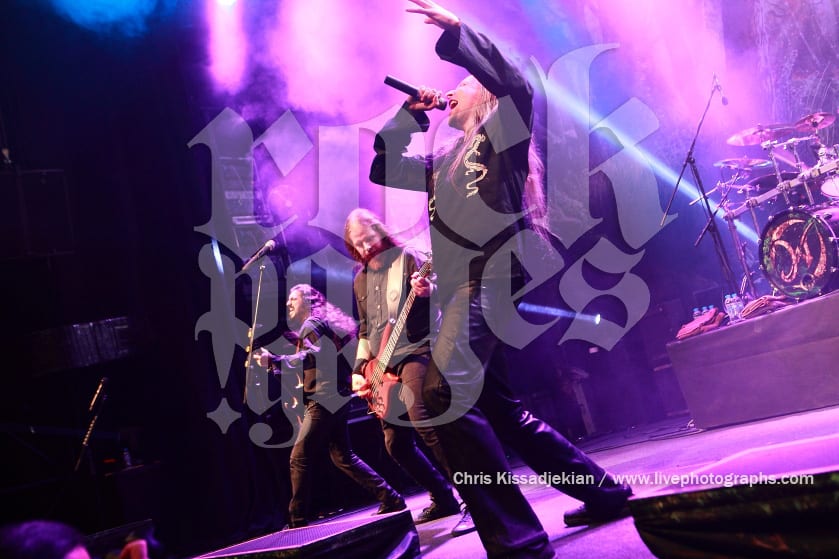 When the night came to an end, I couldn’t realize that these guys didn’t only help me to calm down after the long delay, but also they made my bad mood disappear completely. Their performance was truly amazing. Their demanding songs unfolded all of their greatness before us. If I didn’t have to work, the trip to Thessaloniki for their next show would have happened with no second thought. Simply majestic. 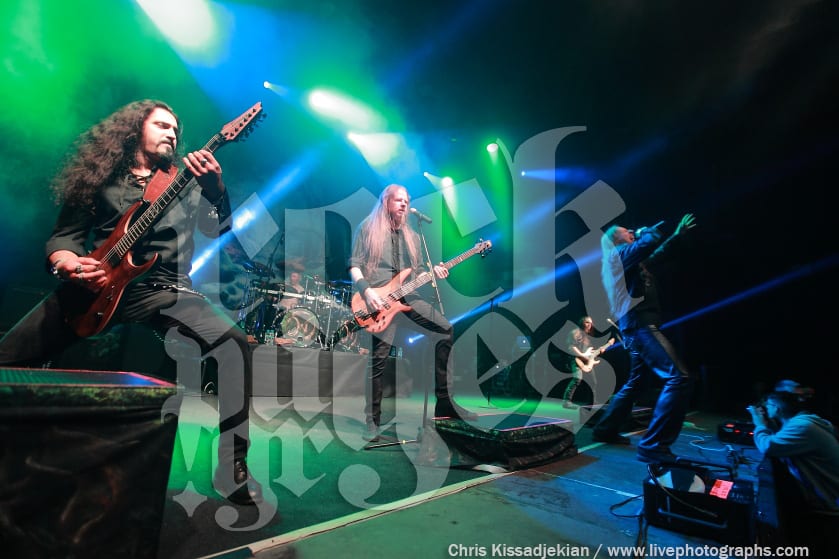