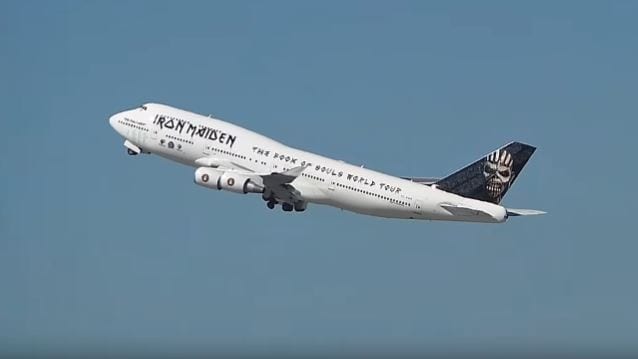 Following the major accident in Chile on the morning of Saturday, March 12, British heavy metal legends IRON MAIDEN have announced that a fully repaired Ed Force One will take off tomorrow afternoon (Tuesday, March 22) from Santiago, Chile airport to rejoin the tour at Brasília Presidente Juscelino Kubitschek international airport. Following the show at Nilsen Nelson Arena, the plane will be loaded up once again on Wednesday with over 20 tons of equipment and the band’s tour personnel to fly to Fortaleza for the concert on Thursday and on from there to Sao Paulo then New York and onwards round the world on “The Book Of Souls” world tour which visits 36 countries in the five-month period.