The next morning after a fierce Enforcer show at Kyttaro on May 25th we met Olof Wikstrand who just got out of bed at hotel Aristoteles lobby, by the way these guys blast heavy metal! He is looking for a Coke desperately in order to face Sakis Nikas interrogation while Yiannis Dolas is preparing the camera. We talked about “Zenith”, his influences and whether or not he likes Manowar, or not. Can you guess what he answered? Interview: Sakis Nikas Camera: Yiannis Dolas PostProduction: Evel Knievel

Rockpages.gr: Why did it take you so long to release a new album?

Olof Wikstrand: We were touring quite a lot. I think we spent two years touring. We played 200 shows something. So, that was the first part, the second one was that we spent so much time doing that. We raise the bar in every album that we do until now… fifth album down. We are so picky with what we are doing, the sound, the compositions. Everything has to be better than our previous effort, so we raise the bar all the time.

Rockpages.gr: You were criticized from fans and the press for this album being different…

Olof Wikstrand: I don’t get why people are so like… why they constantly say “oh, it’s so different, it’s so different”. ‘Cause to me it’s not so different. You have our albums here… We’ve been doing this stuff before, it’s that we did it a little bit more on this album. We have five albums out and we have plenty of songs that aren’t speeding in your face all the time. But, it seems that people forget about that. The melodic side and the hard rock side is a big part of our sound as well. That’s why we develop this side, as well as the other side… “Searching For You”… or “Thunder In Hell”… but, also the groovy heavy songs, like “The End Of The Universe” and “Zenith For The Black Sun”. I mean we just tried to cover all the bases that we think covers our sound. I honestly thought that… when I listened to the final master I was a little bit disappointed. I thought “ah, we should have done it more”. ‘Cause I don’t think it’s very different… not in the context. 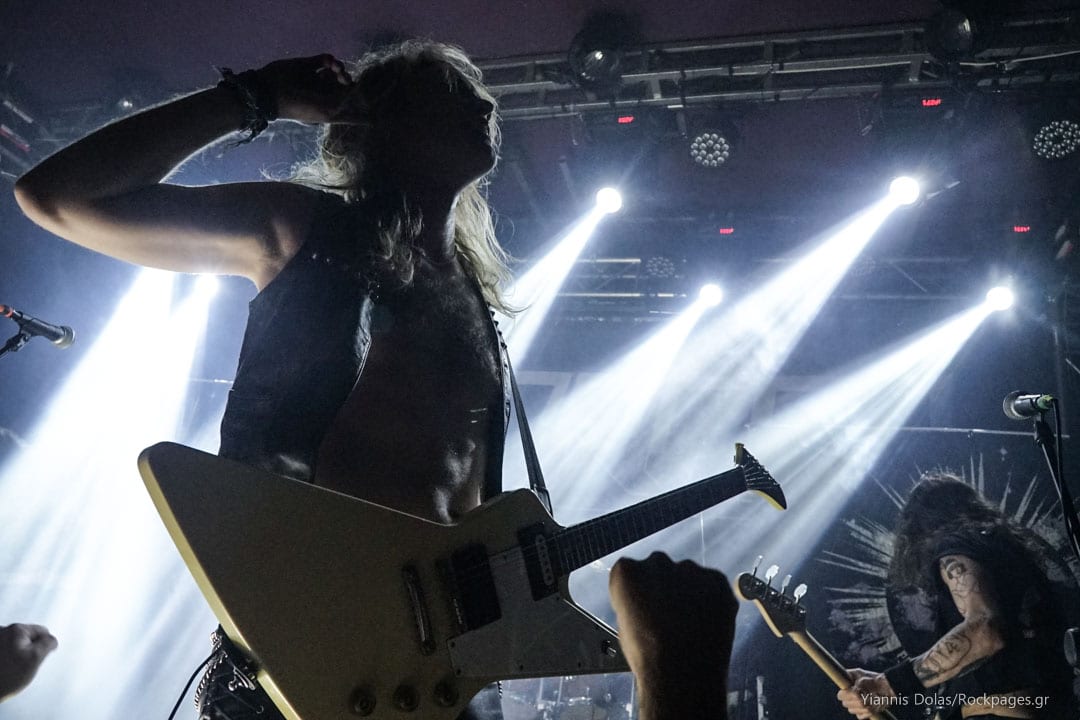 Olof Wikstrand: There is something very contradictory about playing traditional metal, old school metal, because your targeting group are people who only want to hear old music anyway. So, whatever you do they are not going to like you, but they still kind of like you because you sound like the bands they used to like. But, you know you can never compete with… you know the old bands had the nostalgia factor, which you can’t compare to. I mean you for example, you probably listen to a lot of bands that you did when you were a kid, which you have very strong bonds to. A band like us we can never compete against that bond, the nostalgic bond.

Rockpages.gr: Do you like any new bands? Have you discovered any recently?

Olof Wikstrand: I honestly don’t listen to a lot new music. I really like Ghost. I think they are amazing songwriters. I think they always receive a  lot of shit from people. Well, you do that when you break the rules. When you do something that people are not used to hear and they don’t know what to think about and they go “oohhhh”. I really like Vulture. Both of those bands what they have in common is that they play classic rock or metal, but they do it with so much of their own identity. You can really hear that this is not just another band. That they actually bring in something. Like something unique. Something that catches your ear. Your attentio 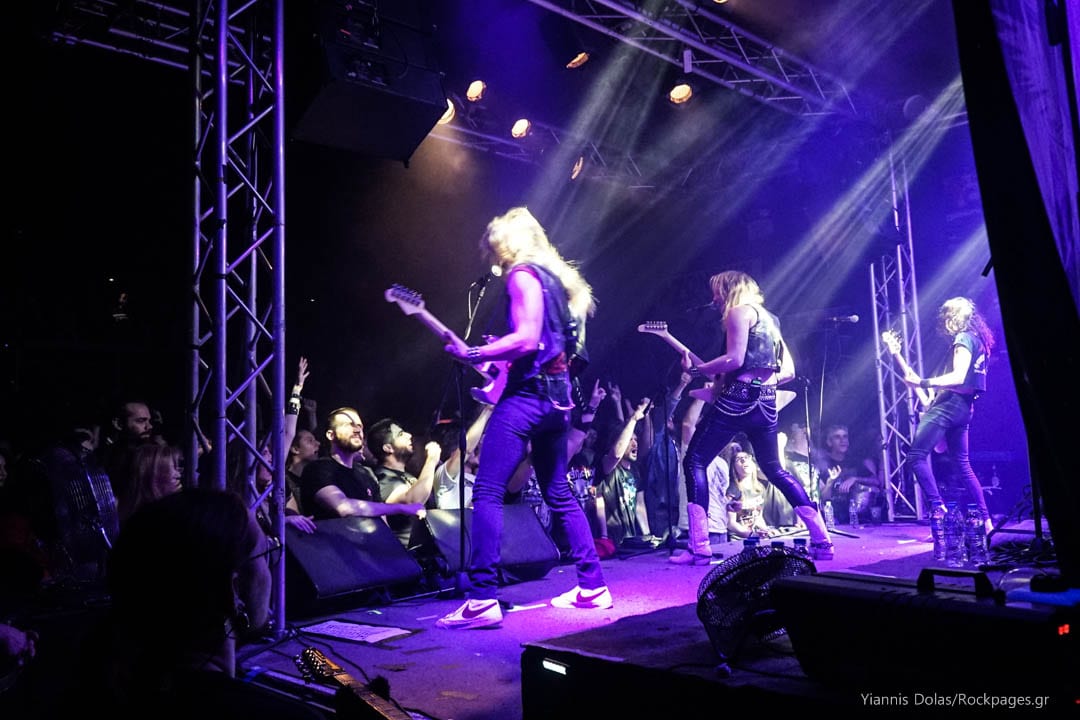 Rockpages.gr: What are your influences, the bands you grew up with?

Olof Wikstrand: In the beginning it was mostly ‘90s bands like Metallica and Guns’n’Roses. Mostly Metallica. I’d say that they were my favourite band when I was a kid. But, the I went from there to Megadeth and Slayer and I discovered thrash and then in ’98-’99 I was heavily into black metal. Black metal was everywhere in Sweden in like ’98-’99. When I was in high school in the late ‘90s everyone was wearing shirts with Mayhem and Burzum. Even the kids. It was so fucking huge black metal in Sweden. So, of course I got into that too for a couple of years. I don’t think you can shame anyone for what they listen to. Music is very subjective, so it’s really up to you what feeling it creates to you. So, I wouldn’t judge you for listening to something that’s not “creddy”. What I listen to apart from heavy metal… I love classical music lately. Pretty much baroque, classical, romantic. But, also jazz and fusion, stuff like that.

Rockpages.gr: What was the last concert you attended?

Olof Wikstrand: I don’t go out to see a lot of shows these days, but I think one of the last shows I’ve been was Ross The Boss. It was amazing. 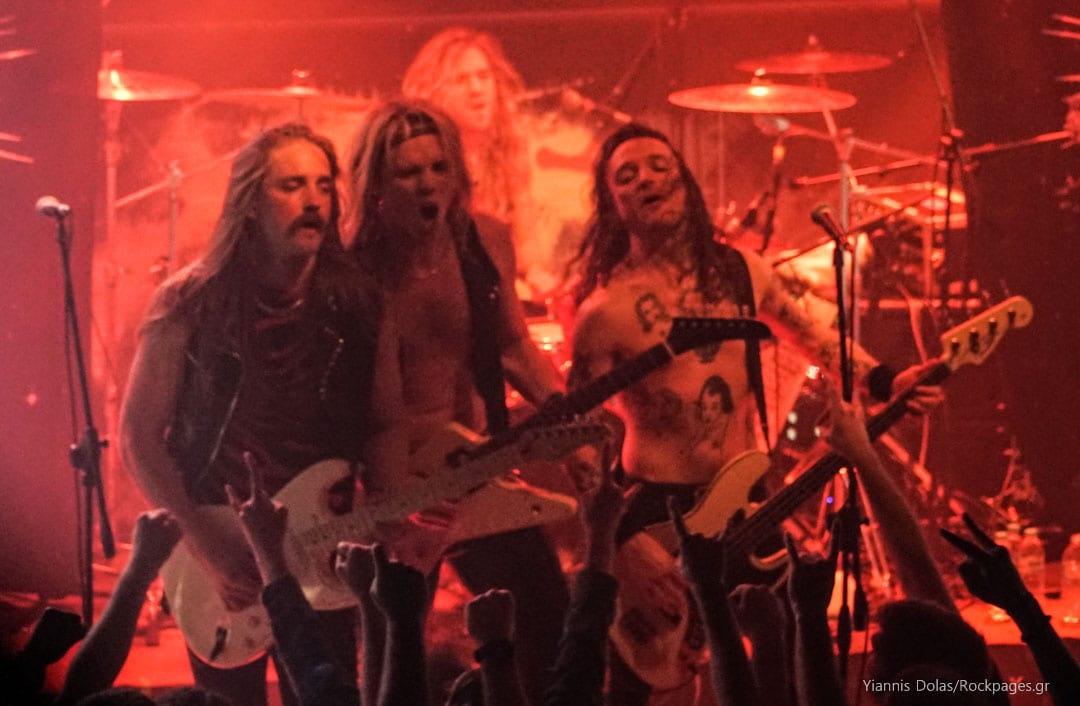