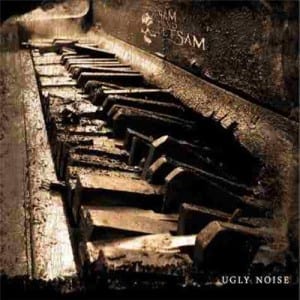 Well, if somebody put me into the test by letting me listen to “Ugly Noise” without knowing what group this is, there wouldn’t be a chance to recognize Flotsam…not in a thousand years! This is an album that has absolutely nothing to do with the thrash legacy of the band or the US power sound of its excellent predecessor “The Cold”. My initial estimation was visually reinforced upon checking out the cover sleeve of the record that marks a radical departure from the usual aesthetic approach of the band as it doesn’t give you a hint of what’s all about. Even the trademark Flotsam logo is not discernable at all on the cover.
I am sure that “Ugly Noise” will divide many metal fans out there (at least those that still follow Flotsam’s career) and there is a very good reason for that. What we get is a dozen of songs that are closer to the traditional hard rock style and the atmospheric metal. Personally, I was satisfied with what I heard although in an absolute degree (as it was the case with “The Cold”). AK’s voice remains superb and as expressive as ever while the melodic guitars tie in perfectly with the mood of the album. The arrangement is also quite fitting although the production could have been better.
The only certain thing is that the open-minded metalheads will give a chance to the album…the rest won’t give not even half the chance!
Highlight: Flotsam’s show in Greece is regarded as one of the best that ever took place in Greek soil by a thrash metal band.