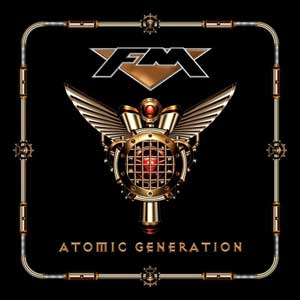 Since the reformation of FM, the British outfit has come with constant impressive studio offerings with “Heroes and Villains” being the absolute highlight of them all. As a matter of fact, it was so impressive that even the most reserved FM fan was totally in awe with the sheer quality of the material. And if we put aside the unnecessary re-recording of “Indiscreet” (which marked its 30th anniversary in 2016), FM seem to be quite unstoppable and “Atomic Generation” is yet another proof of the permanent compositional inspiration of this band.

Yes, I am fully aware of the fact that the glorious AOR days of “Indiscreet” and “Tough It Out” are long gone but nevertheless, FM pay us back with qualitative hard rock anthems that are based in the 80s but they are also totally up to date with this time and age. Having said that, “Atomic Generation” boasts two gigantic AOR tracks that strongly remind of the aforementioned two albums of FM. These songs are “Too Much Of A Good Ting” and “Killed By Love” that are by far the greatest moments of an album that includes only brilliant songs! From the mesmerizing “Black Magic” (with the awesome accompanying video) and the catchy as hell “Golden Days” (which catches FM openly flirting with Steve Miller and Santana) up to the old school “Stronger” that would make Jon Lord proud with the keyboard intro, FM proves once again that they are as motivated as ever to record only strong material! Personally, I believe that these are the best days of the band since the late 80s.
Naturally, it’d be a mishap if we didn’t underline (again…) the deal that Steve Overland has made with the…devil as his voice is irritatingly intact as it was 30 years ago! A truly impressive singer and performer!

Highlight: The song “Do You Love Me Enough” was first recorded by The Ladder back in 2004; this was more or less a spin-off band of Steve Overland and Pete Jupp and it was as close as we got to an FM reunion back in that day.