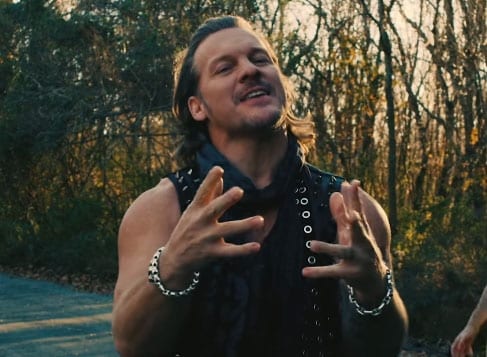 While currently being on European Tour with Steel Panther, FOZZY have released the music video for “Painless,” the latest single from their “Judas” album.

Check out the video here:

“We are so excited to introduce the new video for ‘Painless’ to the world!” Chris Jericho says.  “In essence it’s a sequel to the ‘Judas’ video and continues the story of the two different dimensions converging. Plus it’s got blazing fires, hot chicks AND a pillow fight…what more could you ask for in a rock vid?? Check it out NOW!”

JUDAS – FOZZY’s seventh album – was released last October and named one of the top 25 albums of 2017 by Loudwire, who noted the band has continued “honing their craft and steadily improving. JUDAS is their most polished and fully realized album, and should be their most successful, as well.”