George Gakis and the Troublemakers is a great figure of the Greek rock scene serving the genre for more than 3 decades all over the land. We met him at CloudNine in N.Iraklio before a solo acoustic performance on a night that was raining pretty hard. During our talk that you can watch on the video below as well no stone was left unturned: “Too Much Ain’t Never Enough” re-release, the past, the present, the future, Joe Lynn Turner with whom he is touring in Greece, as well as his various ventures. Interview: Vasso Zalavra, Camera: Yiannis Dolas

Rockpages.gr: Your latest album “Too Much Ain’t Never Enough” gets the re-release treatment. How did this come up?

George Gakis: Well, I think that -praising myself- it was a very good album. It was released from an American company that did the best it could in the States and countries away from Greece. So, I always wanted to release it with a company that is located in Greece and since my contract with Perris Records, with whom I had a great collaboration, was over I decided to sing with this new record company, Roar, which is runned by by my friend Akis Kosmidis. It’s a promising venture and I think it will work out great. 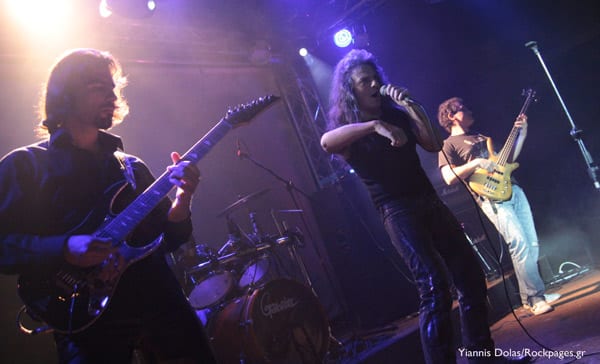 Rockpages.gr: Between this album and the previous one, “Forbidden Paradise” there was a 10-year gap. Are we going to wait for another ten years for your next album?

George Gakis: This depends on the economics. Hahaha! I am tired of paying all the time! But, let’s not make it so pedestrian… the decade between 2000 and 2010 it was a time of change for me. I went back to my hometown, I started a new business looking to find something new and I started working on promoting concerts. And this went pretty well in Ioannina with Glen Hughes, Whitesnake, Scorpions, Deep Purple, Winger, Dokken… and that’s why there was such a delay. At some point I said to myself “wait a minute, I don’t want the people to remember me as a concert promoter, at the end of the say I am a musician. It’s not so hard for me to write new songs, if I can get isolated. Most of the album I wrote it isolated in Karpenisi.

Rockpages.gr: What inspires you to write songs?

George Gakis: Intense situations… either personal, or social. When you are into a flat kind of a situation, it won’t come to you man! You have to fall in love, you’ve got to hurt, you’ve got to be with your backs to the wall… like the blues! The man got dipresses, he cried a lot to give out so much pain and then he revolted. He made rock’n’roll… it’s the intense situations and emotion that take you there on their own…

George Gakis: Every emotion that’s strong… anger… being angry is a great motive to write a song, make music… 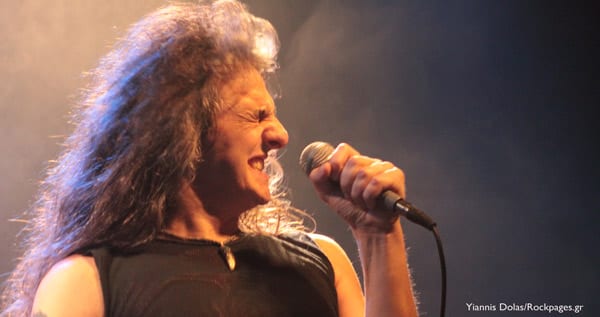 Rockpages.gr: Along with your personal career you also do tributes to the Doors, Elvis and rock’n’roll… How did you decide to start that?

George Gakis: I like this very much! I am paying a tribute to people that influenced me and literally changed my life. Maybe, Elvis Pressley and Jim Morisson don’t look relevant to what I usually do, but all that stuff pointed me to the right direction in the first place. I am having a lot of fun because it’s such a big challenge, for me as well as my band. If you have a guitarist who grew up with Petrucci and you ask him to play Scotty Moore, Elvis’ guitarist, or Bobby Krieger from the Doors, or likewise the bass player, or the drummer… it’s a huge challenge and I am lucky enough for having amazing musicians who can live up to the task and it’s fun…

Rockpages.gr: Recently, Lips from Anvil advised everyone who wants to get into to rock to make money to quit now. What do you think about that?

George Gakis: Well, I think that our friend Lips is absolutely right… and if you ask me, of course I cannot compare myself to Lips, but according to my experience I wouldn’t advise any kid to believe that he could make money from that. Maybe I am one of the last generations that managed to make some money at some point. No, we didn’t become rich, but we managed to take care of ourselves with ease. Now it’s too tough. That’s why I advise all young kids to play rock as a hobby passionately! For instance, my guitarist, Bob Saganas, who is one of the best I’ve played with ever finished medicine school and he is now a researcher for cancer, that’s his job. And when he’ll go to Switzerland he’ll make 6000 Euros per month, while if he stayed here he’d hardly make 60! 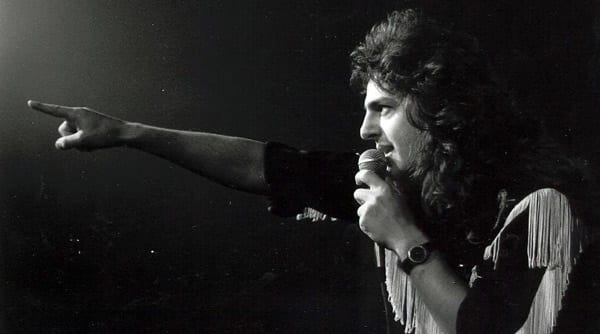 Rockpages.gr: George Gakis was active at a time when there was no internet. How was then comparing to now?

George Gakis: I don’t like to make such comparison. I think it’s stupid. Every time has its own negatives and positives and of course the internet is a great medium that makes things easier. It’s our window to the world. However, it makes such a huge damage and I am afraid that we don’t realize it yet. It needs attention in every aspect. In music, the internet transmits information in lightning speed in a way that you might not be able to understand the importance of it. What’s how today, is not tomorrow. Second of all, and most important is that we lose the human aspect in music that is the soul. And rock’n’roll is the soul, so it’s better if we don’t lose it!

Rockpages.gr: Troublemakers from 1992 until now… what were the best moments and the worse?

George Gakis: Are you kidding me? What shall I remember first? The whole journey with the Troublemakers has been fantastic. I don’t want to forget a thing. Even the most strange ones, that have to do with the fact that sometimes you’d go to a place… well, we were the very first to do that, some kind of pioneers thanks to TV exposure… I remember going to play in a small village up north that the people there watched us on TV and ask us to go there and play and discovering that there was no restaurant. Or, having to sleep in bunks like we were soldiers! Despite all that you remember this tales as great memories. At the first era of the band with Julie Massino we were more like a jukebox playing whatever, and we had a great success in Mylos, Thessaloniki with people cueing outside the venue to watch us play. Then, it was the agony of changing when we decided to keep the band as “the five boys” and get back to our roots… it was the return to Ioannina with all the frustration… there was always agony and stress from one phase to the other, it was the agony of the unknown. “Will it happen?”, “are we gonna make it?” But, it was and still is a great journey. 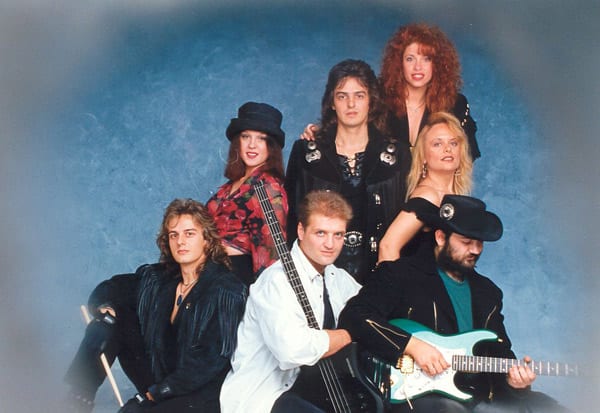 Rockpages.gr: In a few days you’ll be back with Joe Lynn Turner. What should we expect from that?

George Gakis: After Effects must have keyframes selected from one layer in order to export them as text. Well, that’s a question a lot of people ask me… I know that Joe has huge fans in Greece that expect to listen to his own stuff, but for some reason, probably out of insecurity, he prefers to play more popular stuff and be an entertainer. I respect that and the decision of what he is going to play is his own to make. However, having a great relationship with him through the years and imagine that we’d be in holidays together, he will shoot his new video for Sunstorm at Ioannina, we found common ground in Muddy Waters, the Doors, the Rolling Stones… and that’s going to be interesting. I am trying to give him the message that the crowd wants to listen to his own stuff too. We’ll see… what was great though was what we did at the cave in Ioannina, where we played acoustically and he’s been pushing his company to release it as an official DVD. Joe is one of the few, and I’ve had the chance to work with several guys, whose voice remains intact. I give my word for this!

Rockpages.gr: Is there any chance that you re-release your previous albums in the future?

George Gakis: Some of my albums have gone full circle. I mean that my first record that I did with my friend Zaikos from Blues Wire was great, I’d only chase the cover because I look like I was going to a wedding, but that’s how much I knew in those days. It’s a great album though. The one I did with Julie Massino has gone full circle and doesn’t have anything to offer… “Forbidden Paradise” was a great album which unfortunately not a lot of people appreciated. I’d like to re-release that one… there is a thought about that with Roar… even for a vinyl release, my friend Yiannis! 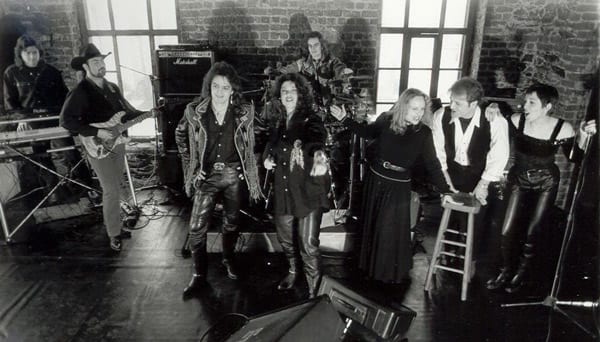 Rockpages.gr: If you were going to retire tommorow would you be happy with your career overall? Did you do everything you wanted to do? Is there more stuff in the basement?

George Gakis: Well, if I was going to stop tommorrow it would have been very violent and abrupt! I don’t want to think about that. However, if I say that I want to stop I’d be very happy with what I achieved, because I fulfilled my teenage dreams. I might not have become the most popular singer in Greece, but the fact that I had at my mum’s house all the musicians whose records I’d play all the time when I was young sitting on the table and eating mousaka brought me great pleasure! 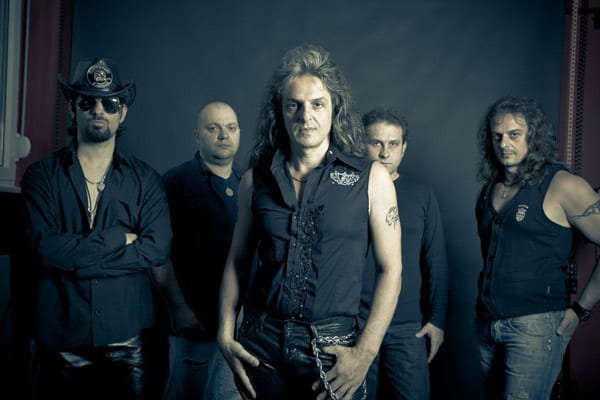 Rockpages.gr: What about stuff you’d still want to do?

George Gakis: There’s a lot of stuff I’d still like to do. Man’s nature is unsatisfied. I’d like my music to have been more popular. And I am talking about my songs. The truth is that through the agony of survival in the music business I underestimated my own music, as I have always been the entertainer and I din’t play my material as much as I should have and some of that is really good. But, there is no great potential to do that and  I will give you a small example: when a song for the Eurovision contest comes out you go: “oh, man this is crap”, but after the media plays it thousands of times you might think that it’s not that bad after all. We don’t have this kind of potential. You might have a good song, but the crowd must appreciate it through your concerts you play live, that might be in front of 100 people. So, I’d like that… my music to be heard a bit more… other than that I am very lucky, I dig what I’ve done and I dig what I am doing! 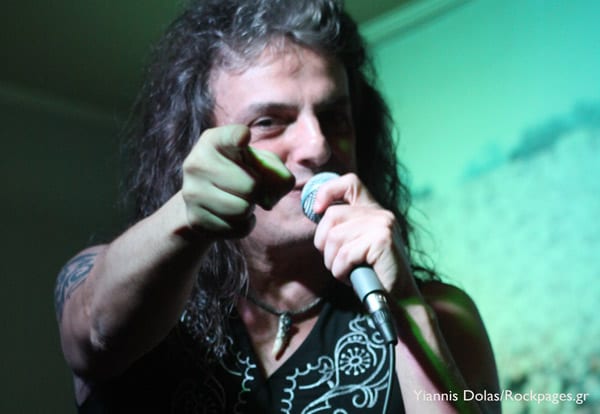