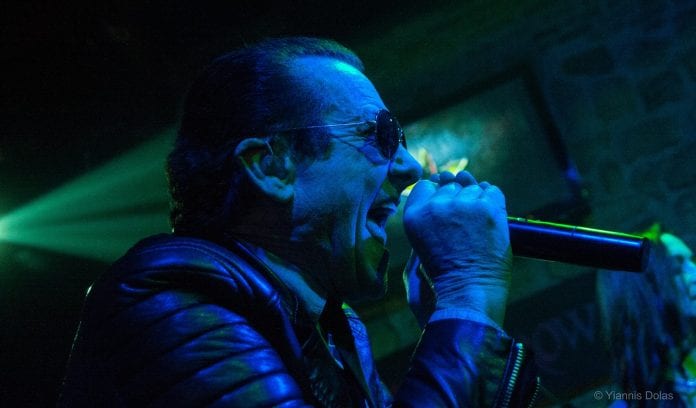 In just 20 days we had the chance to see live on stage two former singers of Rainbow and the sentiments were totally opposite. On the one hand, there was Joe Lynn Turner who has clearly turned his back on his illustrious past as he chooses to play mostly cover tunes and on the other hand we can honestly say and be extremely proud that we are lucky to see Graham Bonnet live for the very first time on Greek soil! Trust me when I am saying and this is not an exaggeration at all, that even the most die hard fan of Rainbow or Bonnet didn’t expect such an explosive performance by the legendary vocalist and his band! Let’s go and see some of the highlight of the evening…

The Crow Club was packed with 200-250 fans and the sound was crystal clear throughout the night. The opening act was the Greek outfit of Mystery that is led by the veteran guitarist Angelo Perlepes. During their 45-minute set they didn’t have the slightest problem of warming up the crowd while the absolute highlight of their show was the cover version of Warlord’s “Child of the Damned” with Giles Lavery (Dragonsclaw, Warlord) on lead vocals. 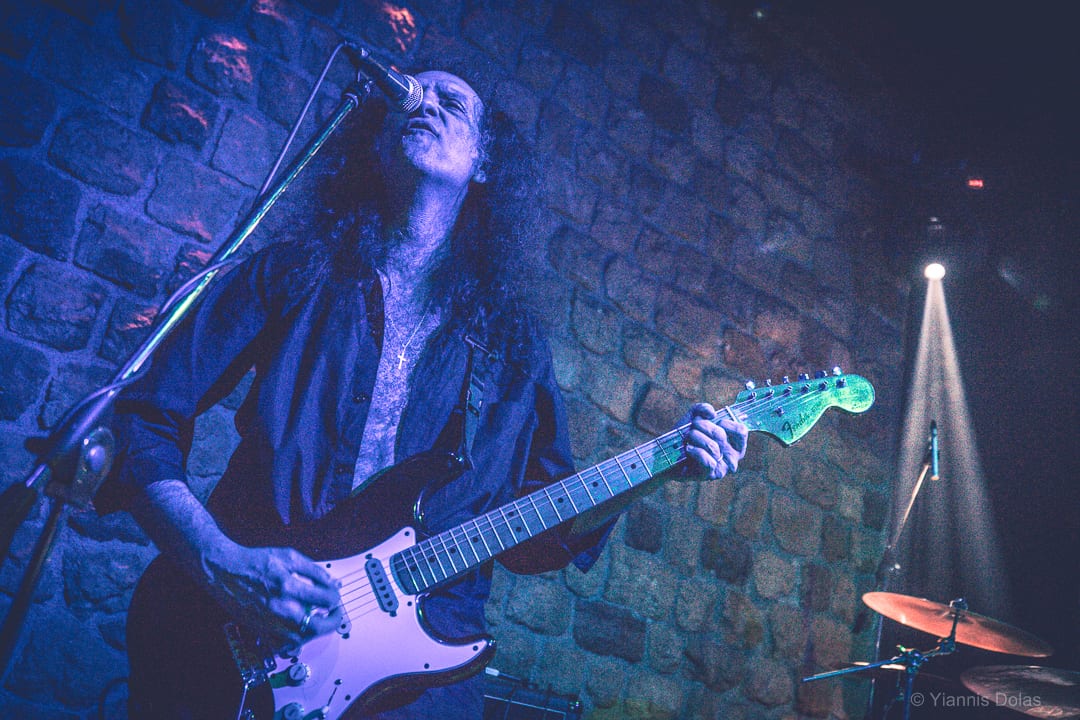 At exactly 22:15, Graham Bonnet Band hit the stage and right from the very beginning it was plain obvious that we were about to experience a unique and awesome in all aspects performance. Graham Bonnet was in great spirits and his voice was absolutely amazing! It seemed like it was the 80s all over again! The man has managed to preserve his voice on atop level and his trademark screams gave chills down to our spines! The first notes of “All Night Long” caused chaos in the club…something that will be repeated several times during the band’s 90-minute set. For instance, words cannot even describe what happened during “Stand In Line” (Impellitteri), “Night Games”, the triple (assault) attack by MSG cuts (the title track, “Desert Song”, “Samurai”) and the selection from the Alkatrazz days. The three songs that were cued of Graham Bonnet Band’s excellent debut (“The Book”) were ideal and last but certainly not least the absolute highlights were of course: “Since You Been Gone”, “Eyes Of The World” and “Lost In Hollywood”. My God, what a flawless performance during those songs! I know that it might sound sacrilegious but they were similar to the first versions. Bonnet was singing like there was no tomorrow and the bands was firing at all cylinders like a well-oiled machine. 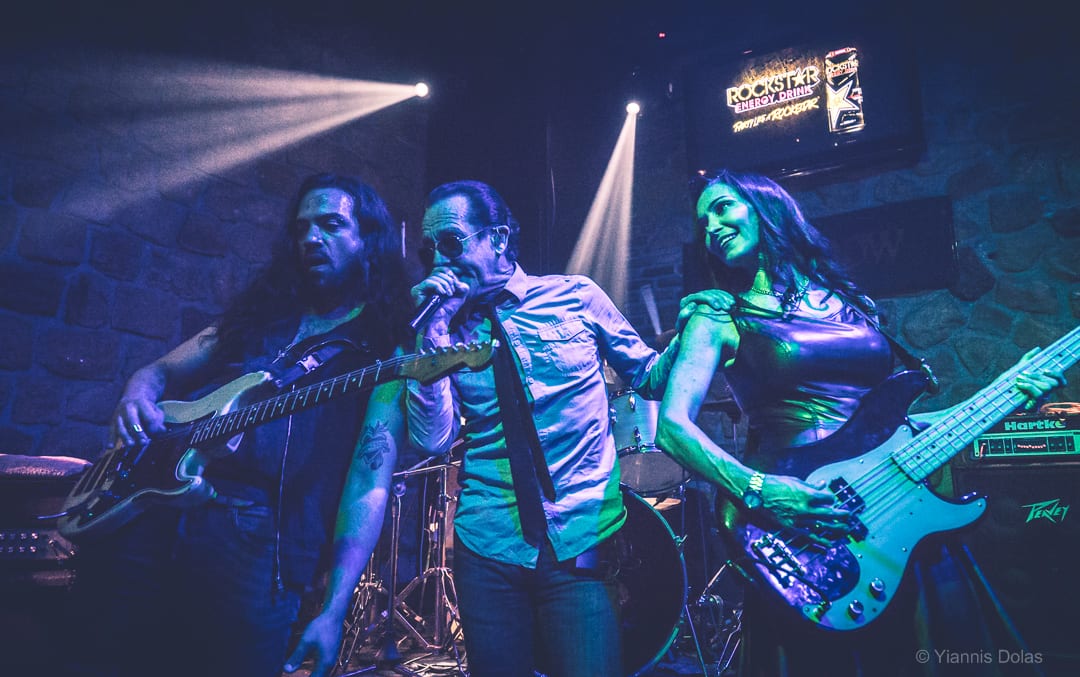 At the end of the show, everybody left the club totally satisfied as this was definitely a night to remember. We should also point down that after the show, Graham and the band stayed and signed autographs to all the fans and they were absolutely gentle and humble. This is how it’s done, guys…thank you!
Sakis Nikas 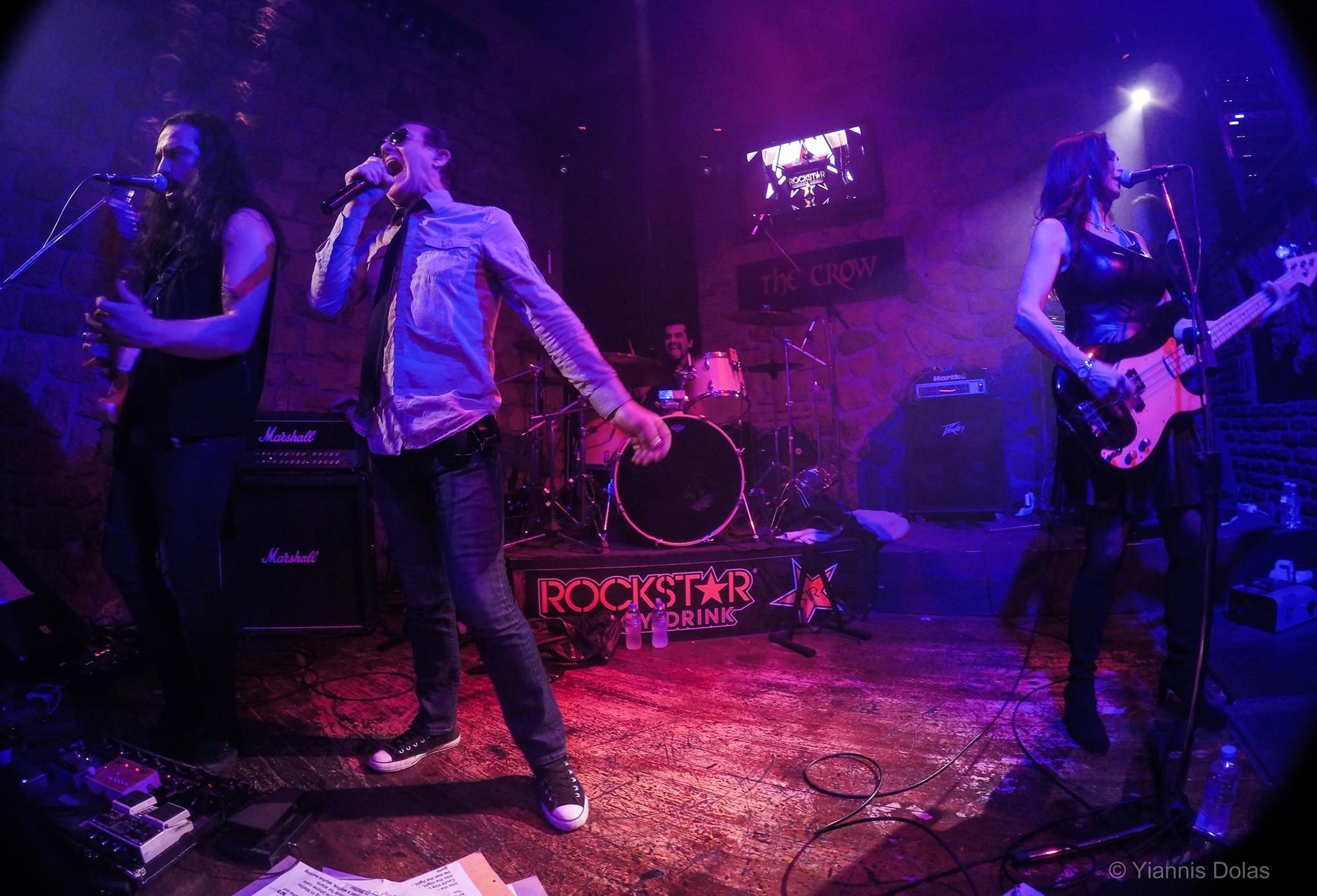