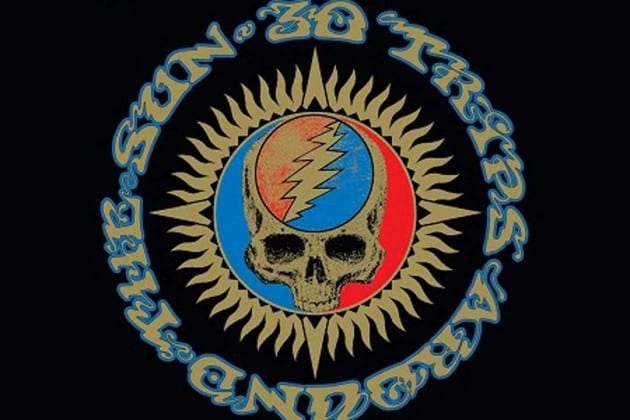 What a very long trip this will be. The Grateful Dead, who’ll soon play

what they swear are their last shows ever, will release a box set consisting of 80 (yes, 80) CDs culled from various live performances during three decades with the late Jerry Garcia.
The set, 30 Trips Around the Sun, also commemorates the band’s 50th anniversary. Thirty complete shows from the Dead archives will be included on the box, which will be released on Sept. 18.
According to the press release announcing the album, “the Grateful Dead played 2,318 live shows, more than any other band in the history of music. For 30 years, the band’s live performances were constantly morphing and evolving, making every show a unique experience.” That apparently explains the necessity for an 80-disc box, which, we figure, would take you more than three uninterrupted days to listen to.
All 30 of the shows collected here are previously unreleased and span the Dead’s Garcia-era live career from 1966-95. Only 6,500 copies are being produced, and each is individually numbered. Each set also includes a gold 7″ vinyl single of ”Caution [Do Not Stop on Tracks]” (which the band recorded at one of its earliest sessions in 1965) and “Box of Rain” (the last song the original group ever played onstage).
30 Trips Around the Sun sells for $699.98, which is considerably less than the Jerry Garcia finger that someone recently posted online to raise funds for concert tickets. Those farewell shows, by the way, have long sold out.