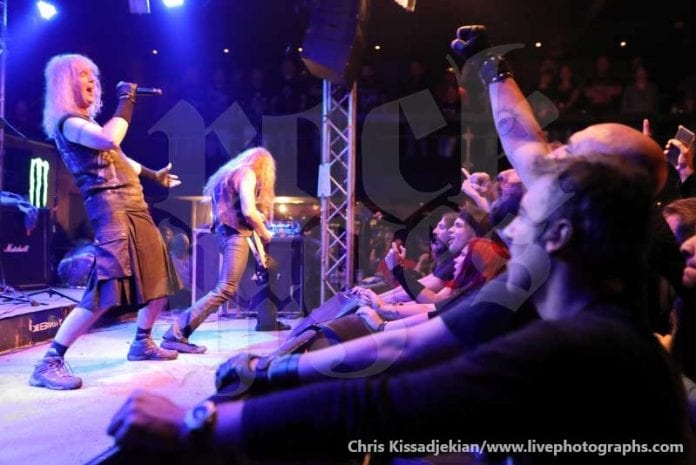 Despite the rain, Terra IncΩgnita tried to “heat” the few people that had gathered to watch them. I admit that I didn’t notice anything well done except the voice of their singer Billy Vass. A voice capable of hitting high notes without disturbing the listener. Instead, the growled vocals of the guitarist did not offer anything at all to the songs. I hope in the future they will work more on Vass’s vocal capabilities to deliver unforgettable music. 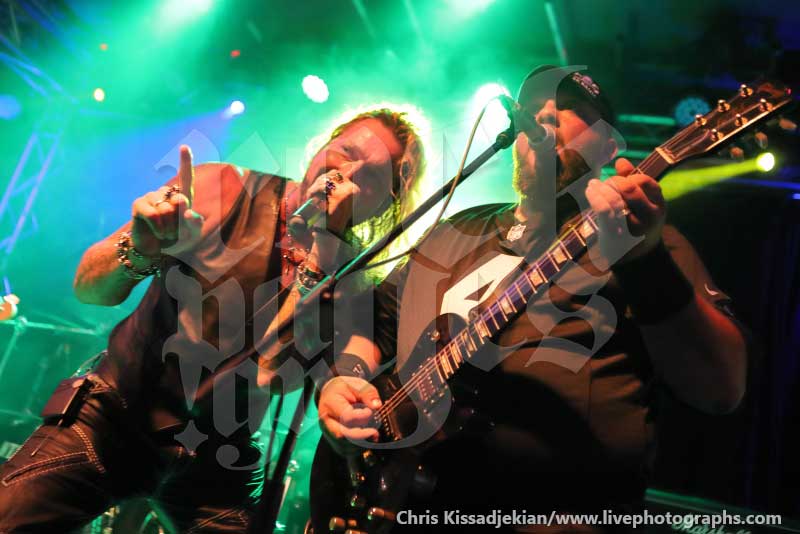 Next band was Marauder and it was powerful. More people had begun to gather to the venue and each one participated more actively in the known tracks of the band. The rotation of solos in the guitars was impressive and the melodies worked perfectly with the baritone voice of Nikos Antonogiannakis. The band sounded more experienced and presented a  short set-list with pretty good sound. 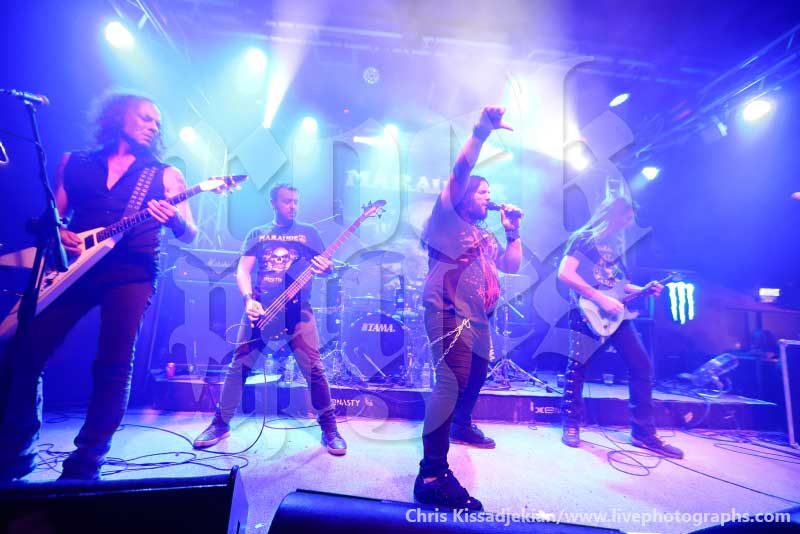 The crowd had almost filled the venue as it was Grave Digger’s time. They start with “The Brave” from Tunes of War. The crowd sung on “Scotland United” and I was happily wondering how Chris Boltendahl can still sing perfectly with his famous raspy voice after all these years. Sadly they didn’t impress me with “Lawbreaker” from “Healed by Metal” as I think that this is one of their weakest albums. Unfortunately, they played another song from that album in the final encore. Those songs were their only weak moment of their live performance. I don’t know why they preferred to skip songs from the dark “The Grave Digger” and the epic “Rheingold”. Also no song from “Heart of Darkness” for no particularly good reason.

Anyway, when you listen to “The Curse of Jacques” and “The Dark of the Sun” you forget everything with screams trying to imitate Chris’s special voice. The band sounded tight on “The Bruce”. The song is much more enjoyable live and its intense rhythm has shaken the foundations of the venue. A fantastic feeling delivered by Grave Digger. While we have closed our eyes and travelled in a faraway Scotland, we expected to hear the bagpipes from “Battle of Bannockburn”, but we awake from the dream with the “Knights of the Cross” to open our eyes and dance at one of the most fast songs of Grave Digger. Afterwards five amazing songs: “Season of the Witch”, “Highland Farewell”, “Morgana Le Fay”, “Excalibur”, “Rebellion” and on the encore “Lionheart” and “Heavy Metal Breakdown”. After that, everyone was happy. Even the people who only knew “Rebellion” and shouted for it from the first ten minutes of the concert. Sadly they are among us. 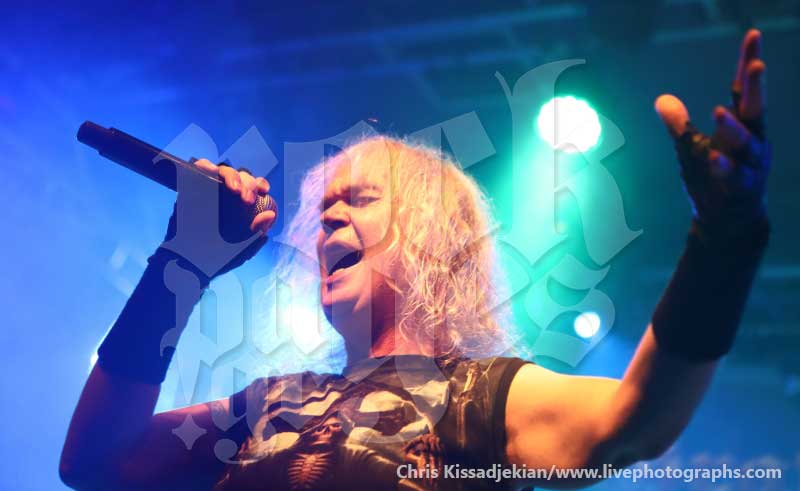 For sure it was an unforgettable live performance led by Chris Boltendahl and the unmistakable pirate Jens Becker. Sadly I missed Uwe Lulis on the guitar since the hyperactive Axel Ritt didn’t impress me with his acrobatics. On drums was the keyboard player Marcus Kniep which it wasn’t the best solution since he frequently lost the tempo on some fast songs. 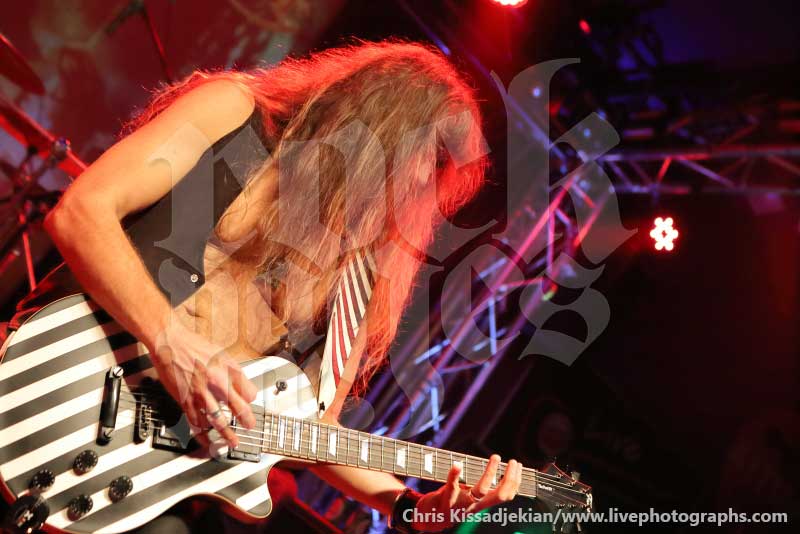 When I was going to the venue I had my worries about what I’m going to hear from the beloved Grave Digger in 2018. Well known and adored by the Greek fans, I think they had a memorable show and we were not tired of it at all.
Now a wish is to gather the Grave Diggers, the pirates (Running Wild), the bard’s (Blind Guardian) and the pumpkins (Helloween), since they are all active, to enjoy a pure German Power Metal Attack as needed. 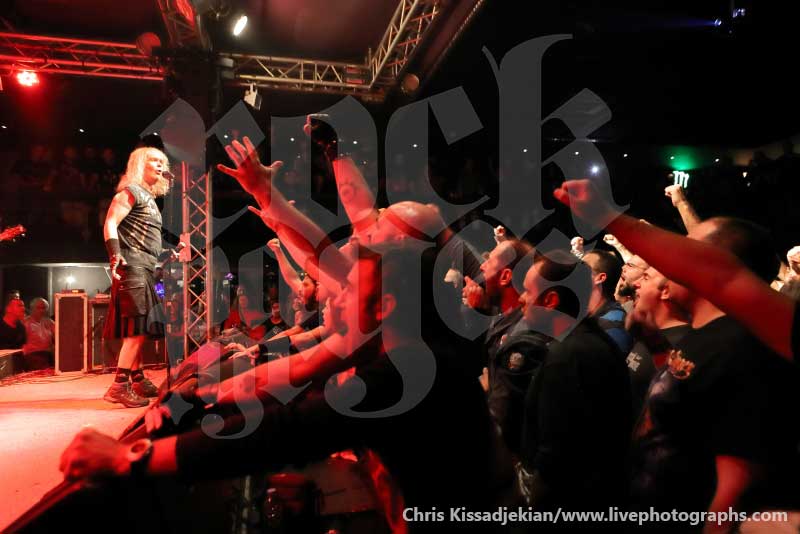