Here we are once again, at Pwllheli where our presence, for many and various reasons, is granted at least twice a year. This time round there is a Greek representative band, September Code who are performing here for the second time in three years! The festival is taking place at this venue only, meaning that there is no other activity at the nearby stages and it is commonsense that the people who are attending are drawn to the progressive element.

As it always happens, as we have said before, the first day is some kind of a warm up, with less bands performing than on the other days. Due to the long and tiresome journey, we only got the chance to see Arthur Brown with The Crazy World Of Arthur Brown in a rather impressive show with the all the memorable characteristics that define it. This superb front man, just like a teenager, manages to stun the place with an incredible energy that has not abandoned him not even once for half a century. The highlight of Arthur Brown’s eighty minute performance was, according to me, “Fire” somewhere towards the end. 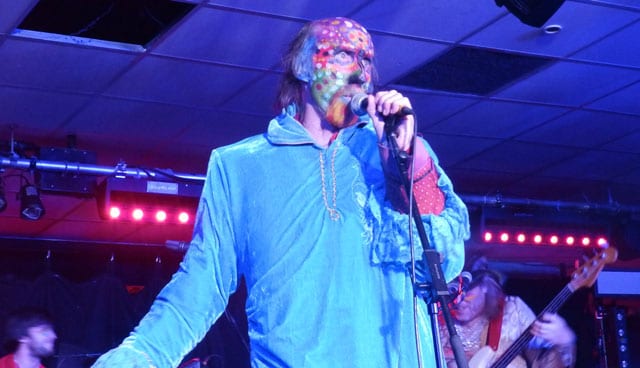 Before the ‘main menu’ of the day and at a room close to the venue of the festival we encountered fifteen minutes of unplugged sessions starting with Buzz Elliot, a guitar player escorted by pre-recorded music pieces, and followed by the performance of September Code. The first bet for the Greek band has been won with an ultimately warm and professional appearance of Dim Koskinas, Sotiris Pomonis and Theo Botinis. In this mini acoustic set we listened to “Beautiful As Sin”, “Nova Ride”, “Where Lies The Truth” and “Self Crisis”

September Code came on the main stage two hours later, following a great appearance by The Fierce And The Dead. In their sixty-five minutes on stage they captured every single listener, something that was quite evident judging from the positive reaction of the audience during the show as well as in the meantime, since –being close to the band-I became witness of the great acceptance they received. A truly excellent appearance followed by some excellent feedback. Their new album “III” proved to be in great in demand.

Setlist: Humanize, Blank, Action / Reaction, Fear No More, Pitch Is Theme, Be 4 You, War, Phy_Sital, The Mode, Skeptic, Self Crisis, Cause Key

Later on, and for reasons that I do not know, Curved Air were cancelled. Their position was filled in by Purson who gave a rather satisfactory performance. The program has become quite ….heavy in quality as the stage belongs to Caravan. Pye Hastings and his gang leave nothing in question as far as their technique and performance of their timeless and influential music are concerned. Their ninety minute show was amazing and received the equivalent recognition and acceptance by the people who had crammed the place. Soft Machine did not seem to be affected much by their period of absence. When we are talking about distinguished musicians such as John Etheridge, Roy Babbington and Theo Travis critic steps aside and the instruments speak for themselves. The high standards of the music and the absolute absorption of the audience were the highlights of the performance of Soft Machine who concluded the second day of the festival. 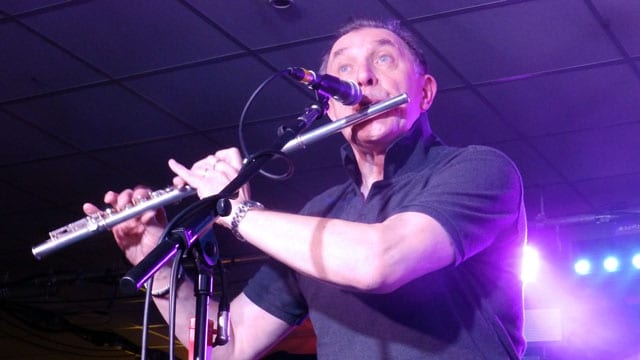 The day opened once again with acoustic sets, with Empty Yard Experiment being the most noticeable. The band from Dubai is also the one who starts the main menu of the day delivering a suberb performance of one hour, worthy of grading the band with a straight A! This dark rock/metal progressive which seduced the audience with not only the excellent performing of the musicians on stage, but also with the great compositions that Empty Yard Experiment presented. Look for their album with the title “Kalisti” of 2004 and you will have a very pleasant surprise in your hands. 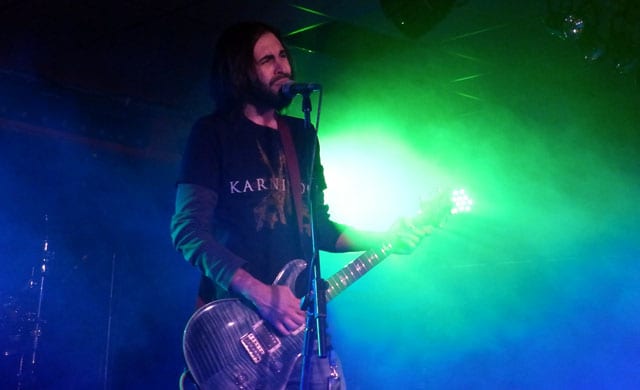 Due to other commitments I did not manage to see Messenger, Twinscapes and The Enid. However, I could not miss Focus. In high spirits, Thijs Van Leer (mainly) and his very exquisite partners delivered to the audience what they were exactly anticipating, a show with not only great power, but also humor the way only the keyboard player and singer of Focus knows how. 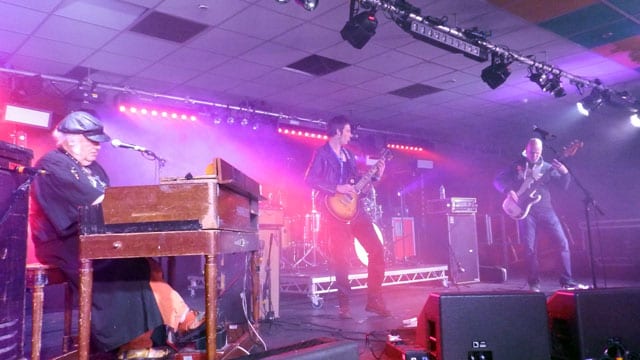 The moment for the leader of HRH Prog 4 had finally come. The huge Ian Anderson was getting ready to take on charge on stage with a complete Jethro Tull set. You can’t help but stare in awe when you experience Ian Anderson. He is great shape in all aspects and his performance on the “monuments” of Jethro Tull just makes you hold your breath. People at Pwllheli had the unique opportunity to enjoy the characteristic figure that has been so loved through these fifty years deliver in an extraordinary manner all the songs he had chosen from “Living In The Past”- for his opening act- to “Aqualung” and Locomotive Breath” to close with for one and a half hour. I strongly recommend that Greek readers should not miss Ian Anderson’s show on 1st October in Athens. The festival ended with Von Hertzen Brothers, the continually evolving Finnish who had their value recognized and thoroughly justified the continuous rise of their name. 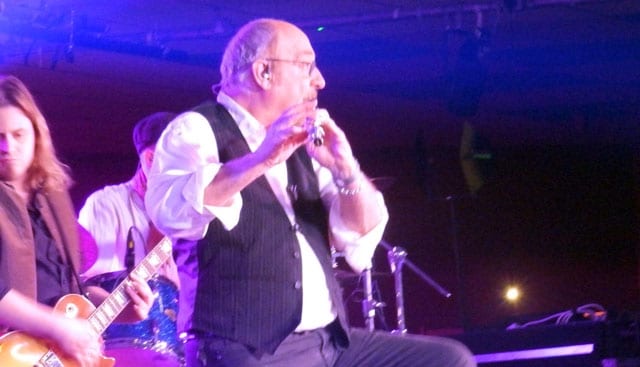 Hanging around Hafan Y Mor has once again been a great experience. Cooperation with the production team was perfect. I will never get tired of writing about it and thanking these people. We will catch up in November on the 10th anniversary of Hard Rock Hell whose preparations have already started in feverish mode!