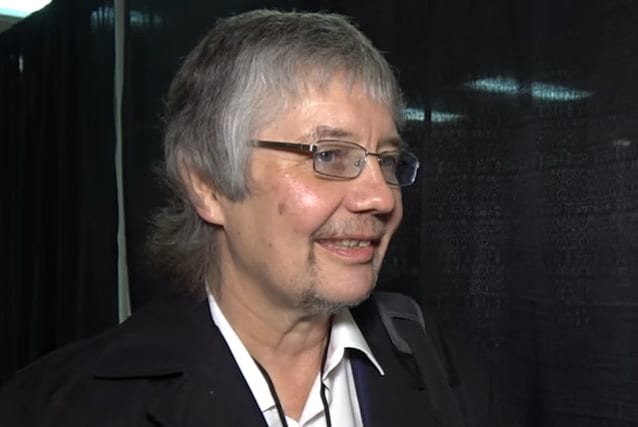 British rock legends DEEP PURPLE will release their new album, “InFinite”, the highly anticipated follow-up to their worldwide chart-topping effort “Now What?!”, on April 7 via earMUSIC.
“InFinite” was tracked in February 2016 at a studio in Nashville, Tennessee and was once again helmed by Bob Ezrin, who has previously worked with KISS, PINK FLOYD, PETER GABRIEL, ALICE COOPER and KANSAS, among others.
Speaking to Vintage Rock at last month’s Hall Of Heavy Metal History induction ceremony at the Anaheim Expo Center in Anaheim, California, DEEP PURPLE keyboardist Don Airey stated about the band’s new disc : “[It was] recorded in the same studio in Nashville [as ‘Now What?!’], [and] with the same producer. It’s a little heavier than the last one. It’s a bit more prog, as we say in England. I think it’s gonna surprise a lot of people. It surprised me when I heard it. [Laughs] I mean, it really did.“