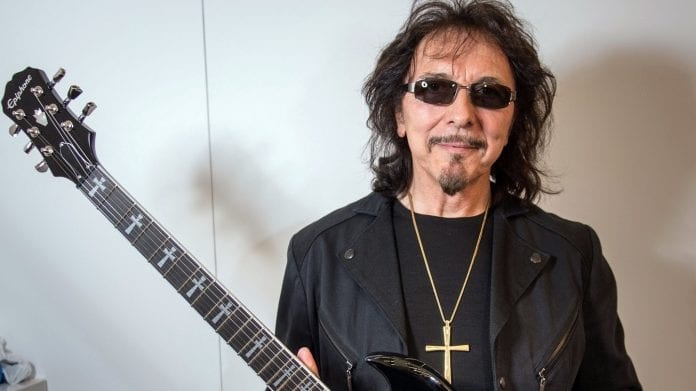 During an question-and-answer session prior to the August 19 screening of BLACK SABBATH’s landmark documentary “The End Of The End” at the U.K.’s Whitley Bay Film Festival, guitarist Tony Iommi was asked by presenter Chris Phipps if he is working on any new music at the moment. “I’m still putting stuff together,” Iommi replied. “I’m still writing stuff; I’ve put ideas down on tapes. When all this nice, sunny weather goes and it gets grim, I shall start going in the studio and putting it down.”