Jessica Wolff is a phenomenal artist. She is not only a remarkable musician but also a personal trainer, a Kung-fu athlete, an actor and in between a fan of the extreme sports. Did we mention that she has a boa constrictor as a pet? Jessica is about to release in Europe her excellent second album called “Grounded” and we learn all about it during a meeting that we have in rainy Helsinki. Fans of Pink and pop/rock music in general gather up… Interview: Sakis Nikas

Rockpages.gr: How did you start your professional career as a musician?

Jessica Wolff: It started when I was…I guess, when I was 18 years old. I had been singing classical music since I was 12 and then I switched to pop/rock when I was 18 and wrote my first song. But it wasn’t until two years later when I got it released. Basically I was in theater school and I got an offer from a manager in Sweden and I found myself in Los Angeles; in an acting school. So I had to choose…music or acting? I decided to go for the music and I said that I will give everything that I have for 6-7 years and see how it goes. I promised to myself that I will not give up during that period. If nothing substantial comes after 6-7 years then I will go on with other things in my life and continue with music as a hobby. 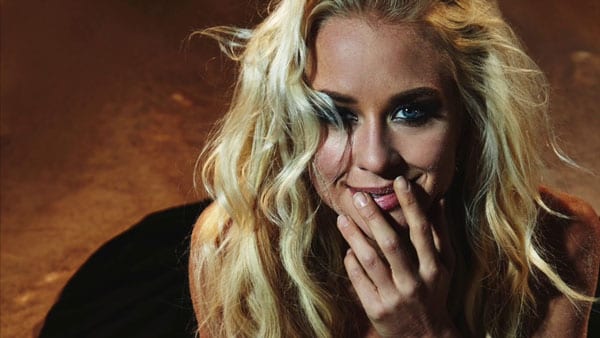 Rockpages.gr: It takes great strength to drop out of school and focus entirely on a musical career. Was your family supportive…were your parents totally behind you on this one? 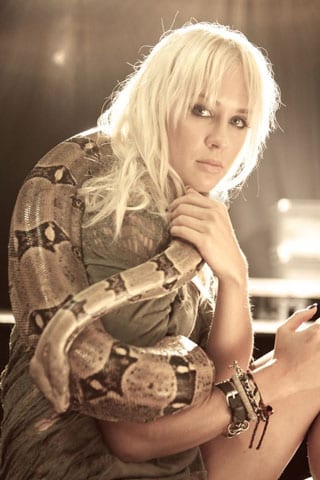 Rockpages.gr: I noticed in your videos that you are also a very accomplished actor…

Jessica Wolff: I always kept it in me. I thought that through music I could also get more acting gigs so I had music as my top priority and acting came as a close second thing for me. That means that if I have a band practice I won’t cancel it for acting…as I said, music is my top priority.

Rockpages.gr: So there is music, acting, sports…three sides of Jessica Wolff…

Jessica Wolff: Actually there are more (laughs)! Add personal training and kickboxing and you get a fairly good picture of myself. Oh yeah, extreme sports, too.

Jessica Wolff: I love extreme sports. I have my roots on an island in Finland. Families go during the summer and stay in their houses on the small islands in Finland. I grew up in a cottage where there was nothing else basically around it. There was no running water, electricity etc. To get out of there you had to know how to navigate a small boat. You learn basic stuff like how to tie a knot and secure a boat during a storm or light a fire…things like that. My father taught me those things when I was a kid. So I was always playing in nature, barefooted…loving speed and danger. I did lots of gymnastics and even snowboarding when I was 6 years old. And then I switched to other things like diving which was also really cool. You have to be brave and have lots of guts. It’s like being on stage really (laughs).

Rockpages.gr: What’s the spookiest…diving or being on stage?

Jessica Wolff: Well, the most “scariest” moment was when I opened for Nightwish in Japan! There were so many people there…it was the biggest gig that I had ever done. It was fun.

Rockpages.gr: What do you remember from your childhood influences?

Jessica Wolff: Well, I listened a lot to Pink Floyd and Janis Joplin. Then I really loved Pink…I still do. Actually, it’s more about the song and less about the style of music.

Rockpages.gr: So how would you describe your music…? Is it pop rock…?

Rockpages.gr: You know that maybe the “rock” aspect of your music can be also traced in your lyrics which are very well-written.

Jessica Wolff: Thank you! I like to go deep with my lyrics…I don’t want to hand out simple stories or simple lyrics. I like to use metaphors and play around with words. I really enjoy the process of writing lyrics. You know I am used to work with other people on a song because I am not that good with melodies at least from the beginning to the end of a song. I need help with that.

Rockpages.gr: You have a great song out called “Want You Out Of My Head”. How easy it is to get someone out of your head?

Jessica Wolff: (laughs) Well, let’s just say this: if I say to you: “whatever you do, don’t think of a pink elephant”, you’d probably all you will do is think constantly of a pink elephant. The same thing applies to a person. Nothing’s gonna happen if you say to yourself: “I have to stop thinking about him or her”. I think it’s better if you let it through and of course do things that you identify yourself with. That’s the best solution. For me it could be kickboxing or taking a walk…and, of course, music. 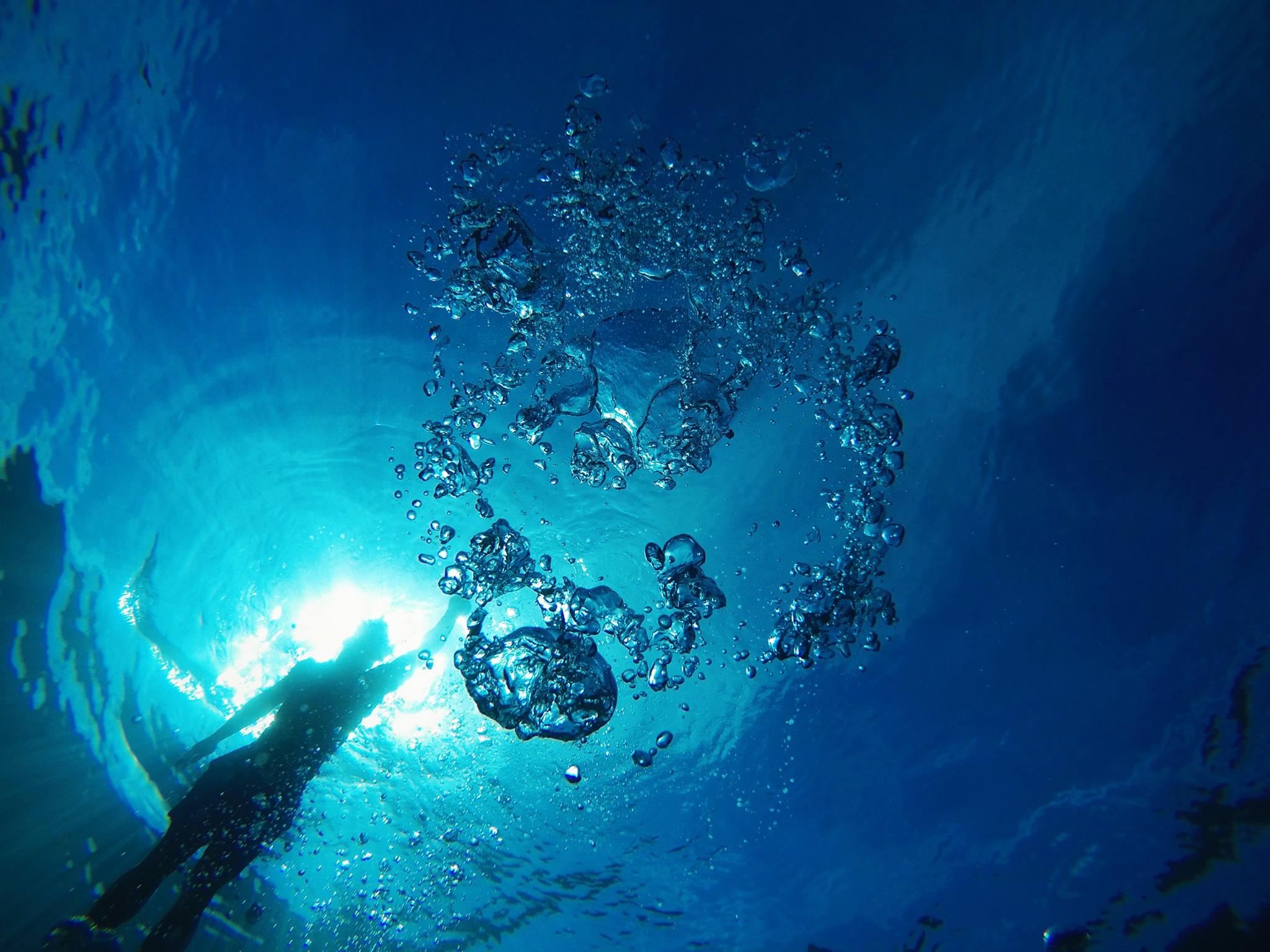 Rockpages.gr: I read in your website that you described a period in your life as the “dark tunnel of a rollercoaster”. I think the bravest thing is to publicly admit that you were in a dark tunnel…do you think that it’s good for an artist to be totally open to his fans?

Jessica Wolff: Well, not always. I have lots of things that I keep for myself. The truth is that everybody has bad moments in his life. Every single person on this planet goes through challenges or whatever. I think it’s much nicer to be able to relate to that. Artists are also people… 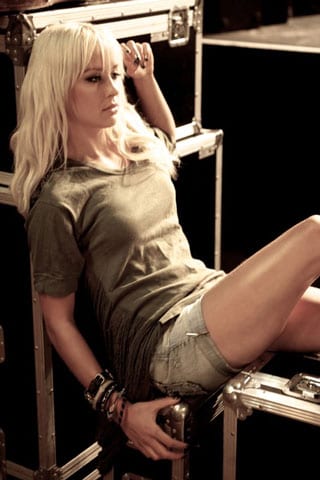 Rockpages.gr:…and more sensitive by nature, If I may add.

Jessica Wolff: Right! I’d rather be honest because I think that people are tired of hearing all that fake stuff about their favorite artists.

Rockpages.gr: Your first album was released in 2013 and it was called “Renegade”. I take it that you chose the album title because it fits your personality…

Jessica Wolff: Correct! I just like to go my own way and say what I feel despite what others may think. When you are honest to other people then you can see who your real friends are.

Rockpages.gr: What was the biggest challenge for you in regards with having your second album “Grounded” initially released only in Japan?

Jessica Wolff: When I was in Japan, I really enjoyed everything…I love the journey, the process of getting an album done. If the people will get to listen to it, that’s great. If just one person comes to me and say: “Jessica, this song means a lot to me…it changed my life”, then this will be one of the happiest moments in my life. So to me it’s more about feelings and less about the masses. But it was quite challenging to secure a deal outside of Japan…in the meantime, I also lost my band. That was really hard. The whole thing was slowed down.

Rockpages.gr: What made the whole process slowed down?

Jessica Wolff: Money. The problem is that you have to get the whole thing rolling through managers and they usually don’t get back to you as quickly as you’d like and that can also slow you down. You can’t do much…the control is in their hands when it comes down to finding a label, a producer and stuff like that. For now, I decided to go the whole distance all by myself.

Rockpages.gr: So the album is being released in Europe in November, right?

Jessica Wolff: Yeah, it will be both a digital download and a physical product from Metalapolis Records.

Rockpages.gr: You also have some connections with India. What’s the story there?

Jessica Wolff: I did like a treasure map in 2013…I put paper clips on my wall of things that I wanted to achieve and the places that I wanted to visit. There was Germany, India, Japan…as for India, it was a mysterious country that I never visited before so I thought that it’d be cool to visit it at some point in my life. After one of my shows, I met some guys from India and they were interested in listening to my songs and releasing them over there. The thing is that you get to meet lots of people and most of them are just talking without meaning anything of what they are saying. So I didn’t pay much attention…next year, when I got back to Cannes, I met those guys again and they asked me why I didn’t send the album to them. I didn’t know that they were serious of having my album released in India (laughs)!

Rockpages.gr: Why did you decide to call the album “Grounded”? Would you consider yourself a grounded person?

Jessica Wolff: Yes, I am. I believe that I am a person who has both her feet on the ground and I am a really down to earth human being. Just because I am a renegade, it doesn’t necessarily mean that I am arrogant or mean to people. I respect and appreciate other people…so, I am thankful for what I have. My Kung-Fu instructor always tells me that in order to go up you have to get on the ground first. The same thing –more or less- says my singing teacher…that I have to sing from my feet, from the ground…like I really mean it!

Rockpages.gr: I was watching the other day your video clips. They are very artistic, they are very well-directed and they seem to be really expensive. It’s not that common to see a new artist –especially in this time and age- investing so much into videos. How come you decide to shoot such elaborate and really interesting video clips?

Jessica Wolff: I want the music to be connected with the message of the lyrics; the visual aspect of the song. When I write the lyrics, sometimes I have already a story on my mind. So, if I choose a song for a video clip, I think that it would be great if it will be accompanied by a great storyline…by a great video. It’s a really fun process and I love doing it. It’s great when people get the message through a video clip. And actually they are not too expensive. It’s a matter of getting to work with the right people; with people that love their jobs and put their heart and soul in everything. That’s the most important thing.

Rockpages.gr: We are in Finland…in the last few years you had travelled to Japan, India, Cannes, USA, you shot a video in Croatia, you were thinking of moving to Dominican Republic…are you working for MI6 or something? Are you a secret agent?

Jessica Wolff: (laughs) No, I just love travelling and sometimes you combine business with pleasure. So, I don’t complain. 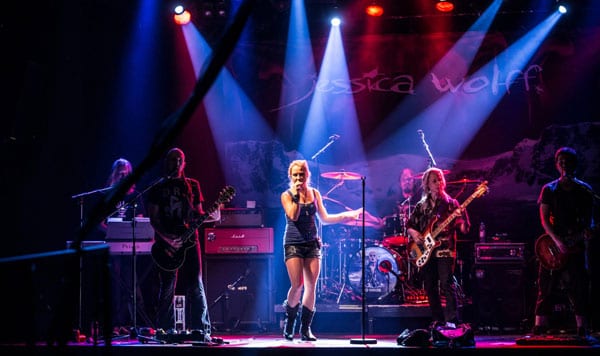