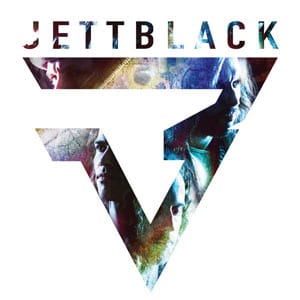 This is the 3rd album from the English band Jettblack with a different music feeling in most of the tracks. They have upgraded their music skills but I think they start to lose their inspiration. “Disguises” is the name of the new album and it confused me a bit. It begins very promising with the songs   ‘’Slaves’’ and ‘’Explode’’ but I kind of lost my interest in the next tracks. I have already listened to it 6 times and every time I lost my focus. A basic disadvantage of the band is that they do not have a musical identity yet, although all the musicians of Jettblack are highly skilled and they can aim higher. They are kind of confused as for the music orientation as gets clearer after the ‘’Poison Rain’’ song. They need for sure some more commercial songs to start rising again like with on their two previous albums, which I think they are much more well-crafted than this one.

Beside the first two tracks maybe some less demanding listeners will find interest in “Kick In The Teeth’’ and ‘’Enemy’’. There is also a video-clip for “Explode”.

I am too strict, I know, and that’s because I like them as a band since the beginning as I like most of the bands that want approach the 80s hard rock era revival with their sound and attitude. And the truth is that there are not many bands of that style and with such potential in England these years.