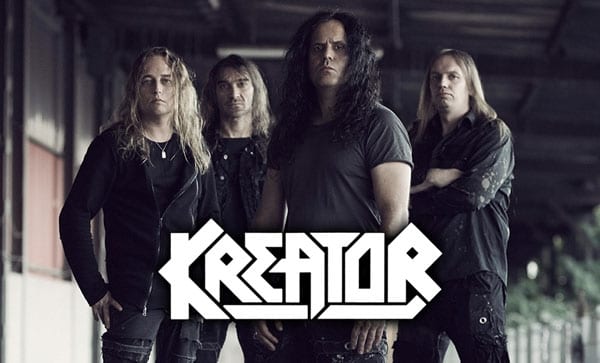 The legendary thrash band is bound to play once again in Greece in the frame of a mini-tour that starts in France and ends up in Czech Republic. The support acts are none other than Vader and Dagoba so as one can easily reckon we are about to experience a hell of a show. Naturally, this is the case when Mille Petrozza and Co. pays a visit to Greece and I am sure that this time around won’t be an exception. The fitting occasion of having Kreator in Greece for a couple of shows makes it ideal for a flashback in two records from Kreator’s back catalogue: one that hit the mark and caught the essence of what the band is all about and another which fail and actually disappointed the vast majority of the fan community. Let’s take a look first at the… 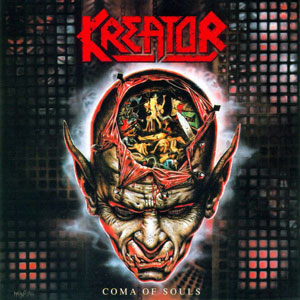 Apart from being my all-time favorite record by Kreator, it’s rightfully considered to be a classic thrash album. After the bombastic –and absolutely representative- “Extreme Aggression”, Mille Petrozza attempted a successful turn to a more melodic path. Having that in mind, he recruited the great Frank Blackfire on the guitar who was hotter than hell during that period after the sensational “Agent Orange” (Sodom). The final result is nothing less than spectacular and truth be told here; I have never witnessed a more concrete, inspired and imaginative quartet of opening songs on a Kreator album before or since “Coma of Souls”. “When The Sun Burns Red”, “Coma Of Souls”, “People Of The Lie”, “Terror Zone”…my God, this is a list made in heaven (or hell, for that matter). Mille spits out the venomous lyrics, Fioretti is a guaranteed force and Ventor is…well, Ventor! Nothing more can be said or underlined. This is a pure diamond and Kreator should definitely honor it by adding more songs from it on their set list.

RUST: “Endorama”: I know that there are a few die hard fans out there that simply can’t get enough of that album. I am not one of them. Let me get one thing straight…I totally embrace the fact when one band experiments and tries to expand its 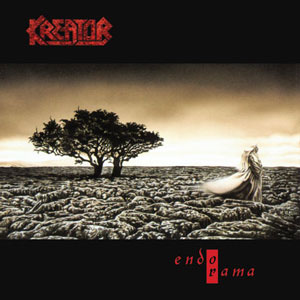 horizons. That doesn’t mean that every experiment would be successful and “Endorama” is one such case. You see the pseudo-gothic, atmospheric, dark mood of the album has nothing to do with the overall style or attitude of Kreator. In fact, it could easily fir better on a Sisters of Mercy or Killing Joke record. In addition, the songs themselves are below par and leave a lot to be desired. This is not a deprecation of Kreator and its overall contribution to the thrash scene. After all, there is not a single band out there with the volume of records like Kreator that can’t be “accused” of a mediocre or bad album. It’s just not possible when you are having a career that marks 30 or 40 years! “Endorama” hit and missed…plain and simple. Thankfully, Mille would return on top form a couple of years later with the groundbreaking “Violent Revolution”.